College basketball coaches aren't dogs. They aren't trained to just hang out at home and sit there doing nothing. They go right from the Final Four into recruiting periods. They might get away for a couple weeks during the summer, but they aren't just sitting around doing nothing. They are talking to their team, checking in on guys, checking in on recruits. That's why John Calipari currently looks like this: 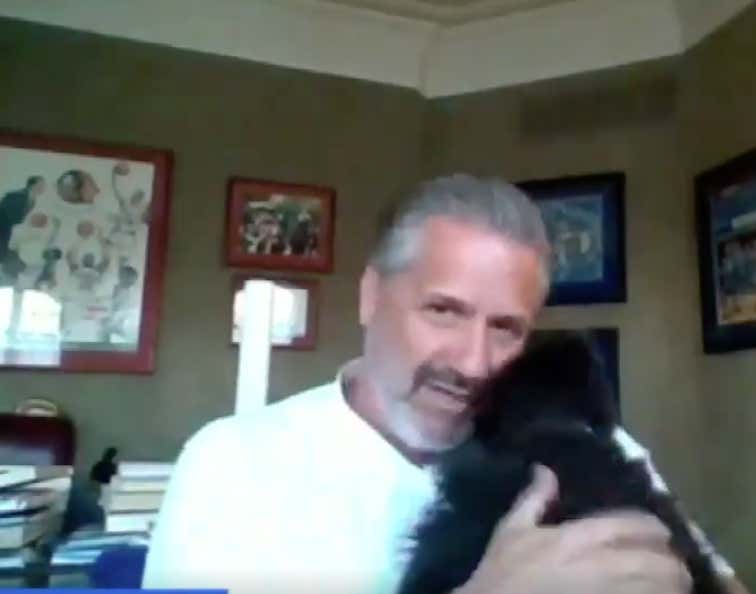 The man is losing his damn mind! I can't be having that as a Kentucky fan. I need him sharp and ready to develop another title contender team. You think it was just an accident that Immanuel Quickley was arguably the most improved player in college hoops this year? Or that Kentucky was literally the best free throw shooting team in the country this year? I don't think so.

But you can't be shaving your dogs and potentially trying to shave your wife's head. We need Ellen to be baking her birthday brownies and roasting Cal online. Can't have her worried about a botched haircut.