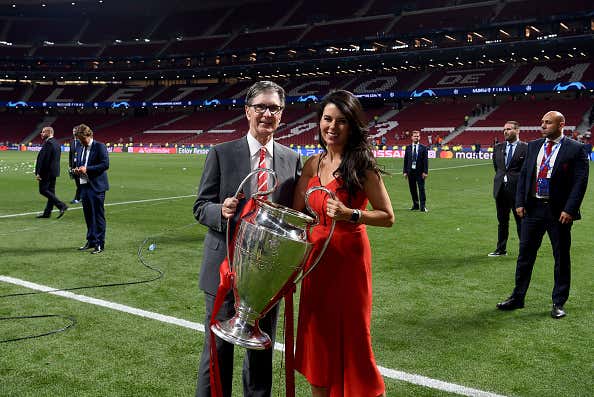 With the world economy frozen in place like a dream that would have Karl Marx waking up to change his boxers, almost no business is immune from the suffering. There is less money changing hands, commerce is down, and it's affecting every segment of business. Particularly the entertainment sector, since the disposable income that it depends upon is the first money to come out of circulation. All that is self-evident.

So it's profoundly sad when working class employees in that industry get laid off without pay during tough times like this. Unless, that is, the owners of the company in question are worth $5 billion and already supremely unpopular with the public. Then it's considered not so much "sad," as an outrage.

Such is the case with John Henry's Liverpool soccer club. And when they opted to furlough all their non-soccer personnel and pass their problems off to the government, the taxpayers of the UK would have none of it.

Fortunately, all that public pressure seems to have worked.

The Anfield club announced on Saturday they intended to take advantage of the Coronavirus Job retention scheme introduced by Chancellor Rishi Sunak, with more than half of their non-playing staff being furloughed. It was a move that led to ferocious criticism from fans and former players.

Fenway Sports Group – Liverpool's owners, who are based in Boston – engaged in discussions with Moore, Liverpool Mayor Joe Anderson, Metro Mayor Steve Rotherham and influential fans' union Spirit of Shankly after becoming aware of the backlash. …

This is not the first time FSG – whose key figures are principal owner John W Henry, Chairman Tom Werner and President Mike Gordon – have reversed a controversial decision. In February 2016, they abandoned plans to introduce tickets for £77 following a mass walkout at Anfield.

FSG are conscious of the way they are publicly perceived and were left in no uncertain terms that accepting state intervention was not a good look for a company whose turnover was £533million in the last financial year. The Champions League winners made a profit of £42million.

Just so we know what the terms of the discussion are, 533 million British pounds is equal to over 655 million US dollars. And that 42 million pound profit works out to $51,660,000. Plus there's this: 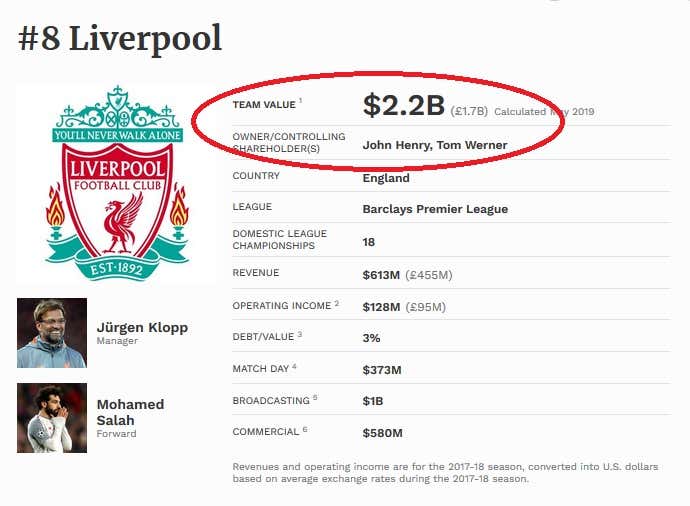 Now I'm always reluctant to spend another man's money. Far be it for me to say a group worth $5 billion who's football club grossed over $51 million could stand to take the hit and keep the lights on at the homes of their stadium employees, front office staff, HR department, maintenance workers and so on. Sure, they could've kept paying them. But the money would've run out in 10,000 years or so. I mean, when you're paying $16 million to David Price to pitch in LA and have the upkeep on your $83 million yacht to worry about:

… keeping your staff from financial ruin has to come second.

But the great news here for all involved is that cooler heads have prevailed. As Frank Shirley says after he stiffs Clark Griswold's family out of a Christmas bonus, "a healthy bottom line doesn't mean much if to get it, you have to hurt the ones you depend on." This is one of those victories for the common man, by the common man. And it doesn't matter how it came about. Whether it was insanely wealthy people doing the right thing for the people they depend on because it's the least they can do, or because they were publicly shamed and humiliated by an entire nation that resents them because they tried to screw them in a massive ticket price hike and got caught cheating. The important thing is they got around to doing the decent thing eventually.