I did not want to blog this. I really didn't, it's incredibly painful to watch and could be used to torture anyone who golfs, but it popped up on my Twitter feed a few minutes ago and I felt obligated to share it with all of you. If I had to re-live watching Ernie Els absolutely implode on the 1st hole at the 2016 Masters then so do the rest of you. Sorry but thems is the rules. 7 putts! They only show 6 putts in the clip but he had a longer putt to get to that point where the video starts. Imagine starting out a Masters like that. There's all the pomp and circumstance leading up to the start of a such a historic sports event and then you make a 9 (!!) on the first hole and your shot at glory is over until the next year. All because that damn ball wouldn't go in that damn hole. 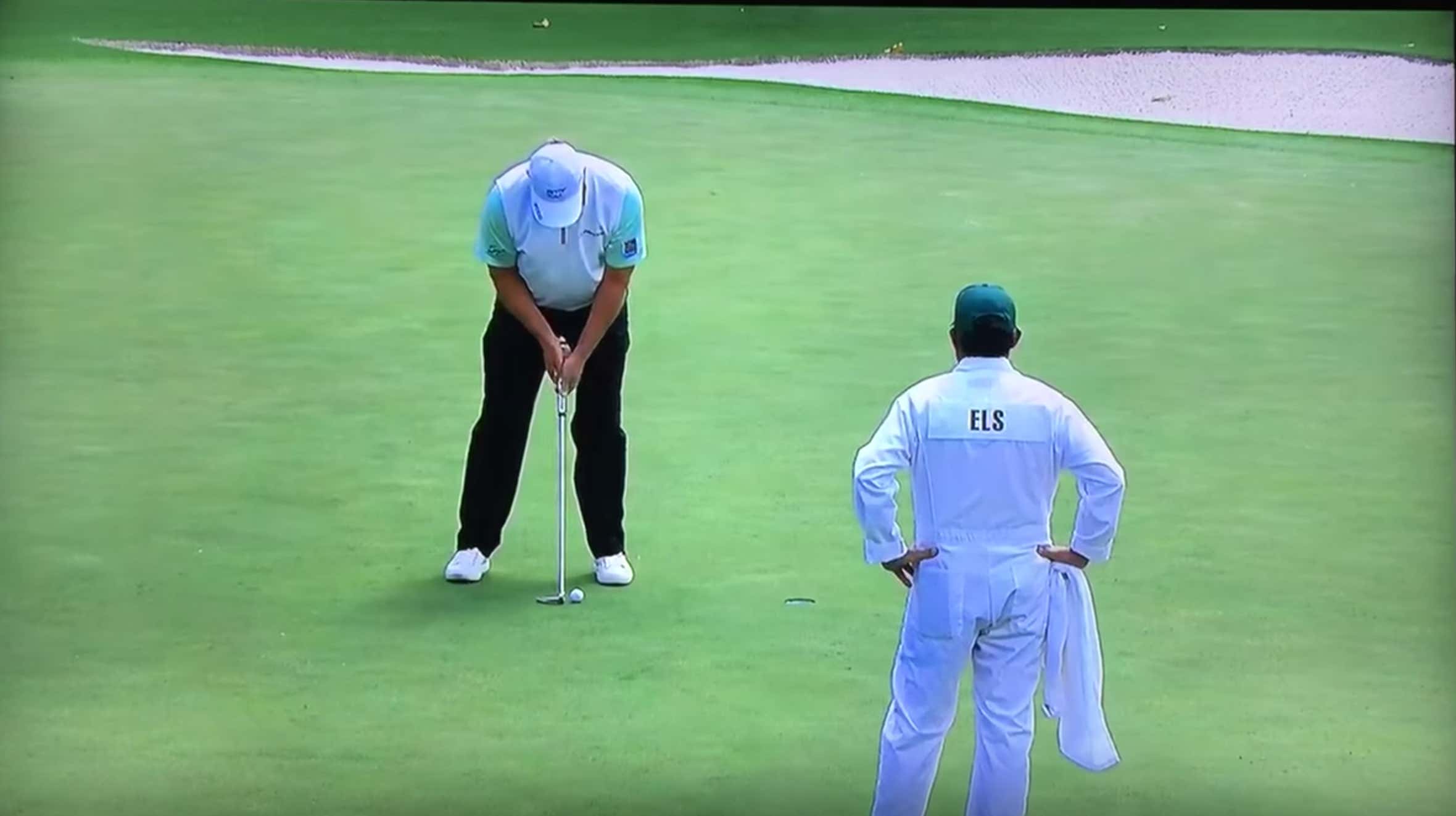 Yeah I'm a terrible golfer and can't break 100 but I am 1000% confident I could've put that putt down in less than 6 tries. I'm wiling to be you could've, too. For one moment in time, we all would've been better at the game of golf than The Big Easy. Fucking brutal man.

I realize this is not the Masters content we wanted during Masters week but it's all we got.