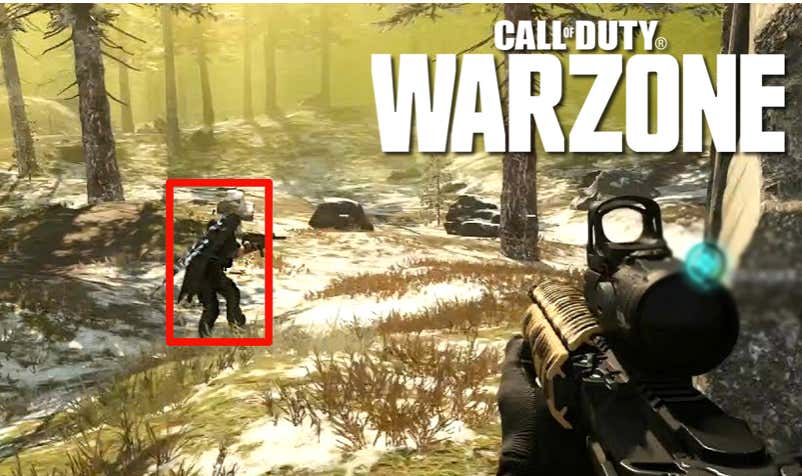 [Editor's Note: This is a guest blog from prospective Gametime Blogger @Cole_World11, give him a gander.  Also, if you think you've got the chops to cover/write about gaming and esports for Barstool shoot me EXAMPLES AND BLOGS, not just saying that you can do it - Smitty@barstoolsports.com]

If you have seen any streams or follow any streamers on Twitter you have undoubtedly heard them bitching at one time or another about hackers. Some of you may not really understand what that means or looks like so the goal here is to educate those newer to the cross play / PC gaming community on just what hacking is.

Alright, so you’ve seen a pretty ridiculous clip, clearly the player is locking on not missing a headshot and seeing players he shouldn’t right but hacking is a really broad word so like what are these players doing?

When the term hacking is used in a shooter most of the time it means an aim bot. Imagine, a red rectangle around your character at all times shown through buildings, trees, brush whatever. That is what the hackers see. Now the exact mechanics are a mystery to me but however they target by click or key after it locks their shooting to the head hit box of the enemy making it impossible to be outgunned. If you haven’t already figured out body shots are worthless in this game let me be the first to tell you that you need to be specifically aiming at the head no matter what. Sounds dumb as fuck like who is this asshole saying that noo duh but if you were to look up how many headshot kills you have I would imagine it is much much lower than you expect. I have an embarrassing amount of time played on this game already and I still constantly need to remind myself to pull my aim up.

Courage has been at the forefront of this fight against hackers to the point where I think he is attracting it. Now while I agree I have seen more hacking in this game than any other I have played 70% to most of us just seems ridiculous. Factoring in skill based match making, PC heavy servers and stream sniping could make up that gap though. Think about players that are being put together the most with hackers with insane K/D’s its not Joe Blow turning at turtle speed on his Xbox it’s the streamers and pros that all play in god squads murdering the whole map with ease. Not to mention just like most Internet hackers these guys are just trolls looking for a reaction what better way to see it in real time than by stream sniping Courage or streamers like him? I didn’t start running into any hackers until I started nearing max level now I get killed by one every night. To put that in perspective I only witnessed 2 hackers in the 2+ years I played Fortnite…. I have encountered at least 10 in Warzone and for all I know they were in a lot more of my games I just didn’t last long enough for them to kill me.

This is a really fun and addicting game but it’s starting to feel like Valorant is going to wipe it off the face of the earth if they don’t figure this shit out soon. There is so much hype around that game and most of what is being said about Warzone is I love it but….. statements. Activision came out yesterday saying they banned 50k users so far the issue is with this free game nothing is stopping these hackers from just starting another account. The anti-cheat software is supposed to work proactively to combat this issue, which it clearly isn’t. Not only that there is no easy way to report a suspected hacker, so most of these guys are going unnoticed until they run into someone that knows what to look for and is willing to take the time to go through the whole lobby of recent players to find and report them.

Activision is on the hot seat trust me they can feel those buns getting a little toasty. They thought that little oh look how many people we banned stunt was going to calm the storm but only stoked the fire. BTW in the midst of all this don’t forget how OP these fucking tanks are. VIVA

*WE'RE LIVE ON TWITCH ALL DAY SQUAD UP*