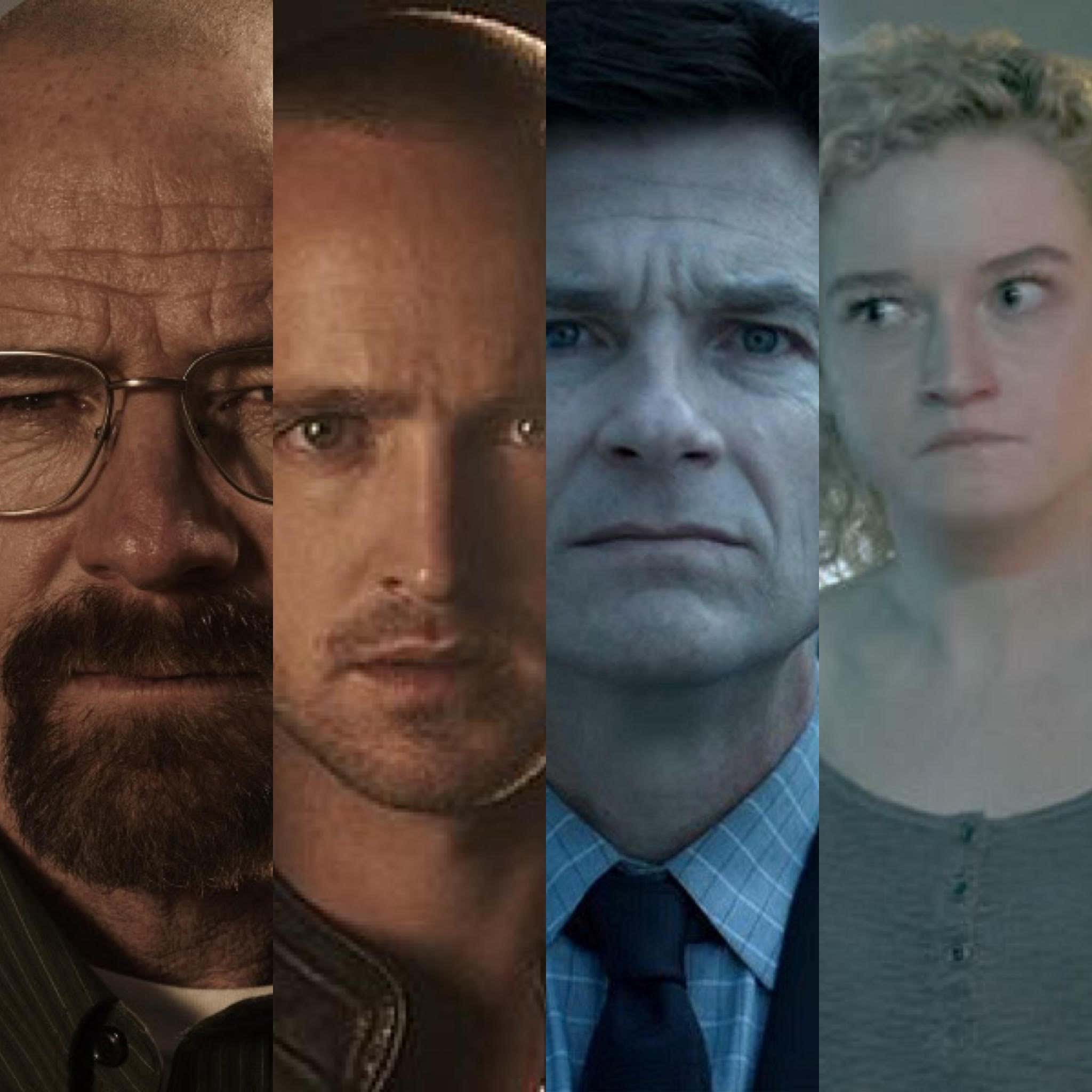 Just finished Ozark S3. I was fucking thrilled to have something real to watch so that I could stop pretending Joe Exotic was actually good. I dont know if its the quarantine or recency bias but I love it. I find it really, really entertaining. There are a few massive plot holes and a couple things I really dont like about the show: the therapist, the extent the kids are involved, the complete ridiculousness that the Byrde's tolerate with Ben, Marty fluctuating between cerebral assassin and worst liar ever, and some of the stuff they get away with given Maya's HEAVY scrutiny, to name the big ones. So, I'm not saying its perfect and without flaws...

But with a little suspension of disbelief, you can look past all of those things and enjoy this descent into drug cartel MADNESS. This show, and specifically season 3, has a "Uncut Gems" level of anxiety where you wanna scream at your TV for these characters all doing absolute batshit crazy stuff with grave, GRAVE danger imminently lurking. I think this season was the most entertaining season of TV I've watched since Thrones. In that time I binged The Boys and Dark and The Mandolorian and all the Apple TV shows, etc etc. I think Watchmen is maybe the only one I'd put ahead of it, but Ozark S3 is like 1 or 1A for me. Its the type of show that had me fully invested - phone down, edge of my seat, doing the "just one more episode" late at night. And when I get like that about a show I start to think about it and compare and contrast and really break it down. I know that Ozark is a poor man's Breaking Bad, but if you were a poor man's Lebron or a poor man's Mike Trout, you'd still be in really fucking good shape. Theres a ton of parallels between the two shows, and I think if Im being honest, it was probably just a tad too soon for a show to be so similar. So instead of coming off as like, paying homage, it appears more as just copying. But nonetheless, I am A-OK with copying Vince Gilligan and mimicking Bryan Cranston and the like. I think theres some really great writing and some really great acting that balances out some of the sillier shit that goes on. And if you'll recall some of the times that Walter White used magnets or Vince Gilligan wrote colliding planes into the script, Breaking Bad wasnt without their ridiculous moments either. They went out on a pretty unbelievable limb at times too.

So my point is that when Ozark is at its absolute best, it looks and feels like Breaking Bad. And anytime you're in that conversation and can make me feel those feelings, I'm in. Obviously Marty Byrde is Ozark's Walter White. Walter a chemistry teacher who uses his professional expertise to get ahead in the drug world, Marty a financial advisor who does the same with his skills by perfecting money laundering. Both good intentioned men who always had their family's best interest in mind, before things got completely out of control. We have yet to see if Marty has his Heisenberg moment and we dont know where his character arc ends - good or bad - but obviously they are extremely alike. As are Ruth Langmore and Jesse Pinkman. Both teenage drifters with street smarts and inherently good morals and personalities getting caught up in the life of drugs and violence. Two people that certainly have to take responsibility for their own criminal behavior, but ultimately are kind of dragged into hell by their drug game mentors. Both duos have a father-son/daughter vibe. Both have a complicated relationship that at times seems genuine and real and other times seems completely exploitative. And one thing is abundantly clear:

Both of these duos can get. shit. done.

So I ask the question - if you had to pull off one heist, of sorts, who would you pick? Lets say you gotta execute a plan while the Feds are watching you, as the Cartel demands results, with your family in danger with your lives, and a fuck ton of money, on the line, which duo do you want??

I think Walter White is the overall 1 seed here as far as criminal excellence goes. His value, his talents, his knowledge, and his cutthroat, cold execution (literally and figuratively), made him the most dangerous criminal in the country. But, A) I think Marty Byrde is right up there with his intelligence, his expertise, and his creativity, and B) I think you could maybe even make the argument that having more humility and humanity than Walter had (at least, currently) makes him less of a wild card. When Walter went all Heisenberg and wanted to be in the Empire Business and disregarded Mike's plea to just stay rich, happy, and safe, well he got himself and almost everybody else killed. So Marty keeping perspective and remaining humble in the face of guys like Navarro and the FBI I think might make him more valuable as far as keeping your ass out of jail or a pine box in the long run. But if we are talking about a one time job? One night...to steal a tank full of methylamine from a train...or to wipe out an FBI agent on your trail...and survive to the morning as a free, and still living, man? Gotta go Walter I think.

Ruth vs Jesse, to me, is a COMPLETE coin flip. Both are phenomenal sidekicks. Ruth comes more from the gutter than Jesse. Jesse is a loner, but basically by his own doing. If he wanted to, he had that happy home with a nice big house and a loving mom and dad that would have taken him back. Ruth is from the trailer park with an abusive dad and trash hillbillies all around her, nobody giving a shit about her well being. She never even had a shot. But maybe because of that Jesse has less of a temper and is way more reasonable. Both incredibly street smart, able to learn the book smart side of things, and a survivalist instinct that comes in very very handy when you're fighting for your freedom or your life every day.

If we're talking about a long term criminal endeavor, I honestly think I'm going Marty and Ruth. Maybe thats recency bias, and maybe I'm skewed because I know how Jesse and Walt ended. But for the vast majority of the 3 seasons we've seen of Ozark, Marty and Ruth are always on the same team. Pretty much aligned. And I think in the long run they will continue that way. I feel like Ruth and Marty will always end up being a team. Where as Walter and Jesse obviously had their falling out and became sworn enemies. Long term, Walter is too much of a sociopath. He and Jesse are too combustible - as we saw play out. Maybe I'm being naive about the coming seasons of Ozark after the final couple eps of this season, but I feel confident that Marty and Ruth will always end up riding for each other. So they are my long term pick.

But one night - one heist or caper or plot...one do or die, life on the line, prison or a coffin awaits you if you fail, sort of situation? I gotta go Walter and Jesse. When you're in the crime world, you dont have the luxury to worry about down the road. I cant worry about season 4 or 5 when you're on season 3. You cant worry about what happens next week when you might die or get pinched tonight. So, take your best chance to survive in the short term and thats the dynamic duo of Walter and Jesse. White and Pinkman. When they are at their best, theres nobody better. All time tag team in the world of TV crime. Final answer, lock it in - Walter White and Jesse Pinkman.