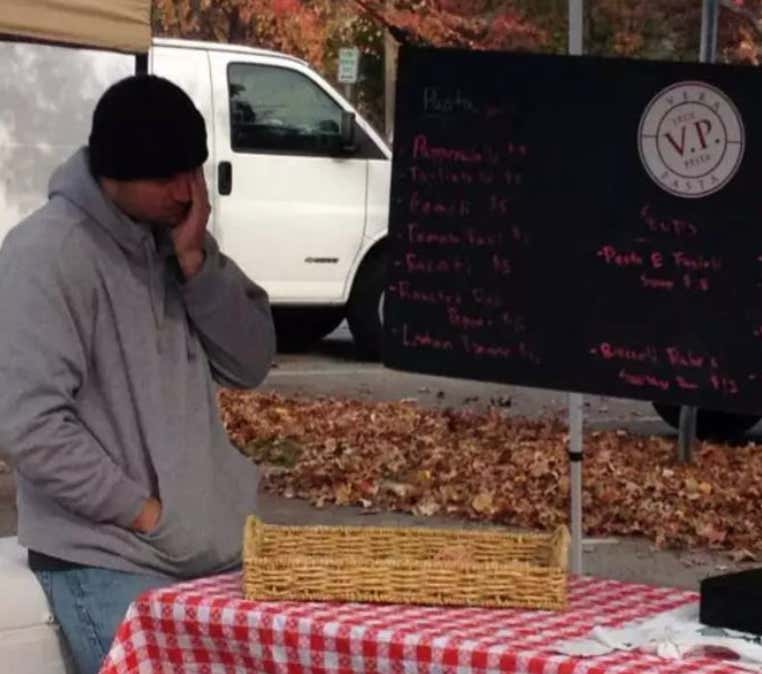 In case you missed it, the Viva La Stool Twitter account divvied up all of the employees into "houses" and asked the masses which one they'd wanna quarantine the most in. I had the unfortunate luck of drawing Smitty as a new roommate:

Why must god shit on me non stop!!! Gross.  Tommy Smokes, that little pip squeak, probably described it best when he broke down each house "Survivor" style last night:

In the battle of ultimate hardos, Smitty and White Sox Dave would constantly be challenging each other to new competitions every day. They would both somehow manage to lose every single one. Despite his D1 football background, Brandon Newman is not allowed to participate because they insist he's just not on their elite athletic level.

Goddamnit, everything Smokes said is valid.  Actually now that I think about it I'd waste Smitty in just about any matching of brains or brawns.  Because he STANKS. He STANKS out loud. Just fails at everything he sets his mind to. Slinging pasta? Failure. Slinging poker chips? Failure. Slinging curve balls in MLB The Show? Complete and utter disgrace to the gaming community.

He fails, fails, and fails some more. Because that's what failures do. They fail.

But I also can't figure out how to lay off a changeup in MLB The Show. For some reason I swing way too early. I blame that on the game play and not being able to pick up the seems of the ball like in real life when I'd keep my weight back and shit all over some pussy ass change up.

Now is not the time for excuses, however. I've been bad, plain and simple. It takes a man of gumption and integrity like myself to admit that. And I will not lose to Smitty from here on out.  So come watch us play for 50 biscuits on our daily live stream.