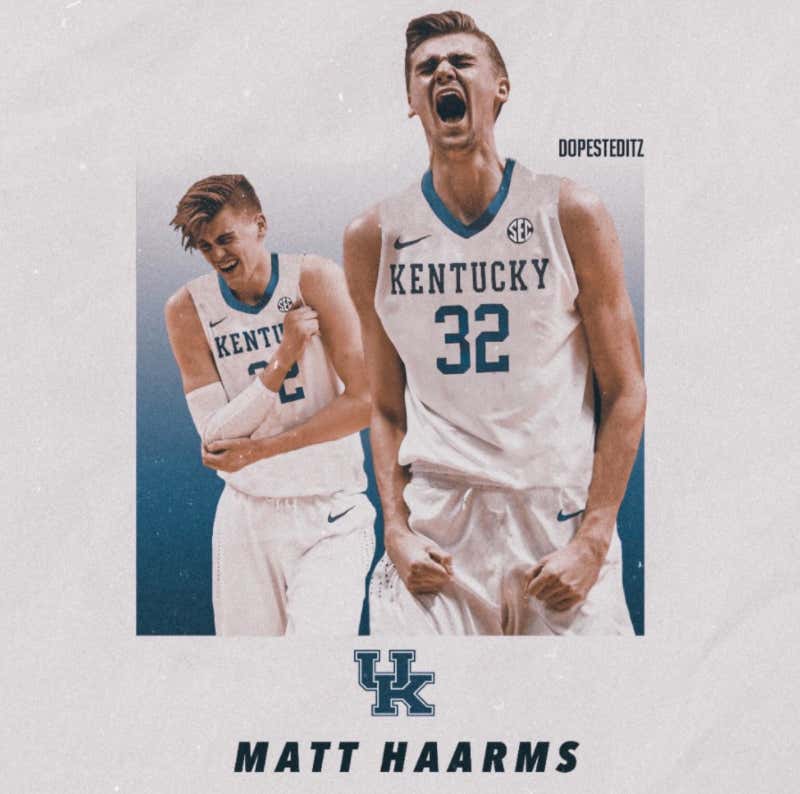 Yesterday Matt Haarms - the big guy from Purdue- announced his decision to grad transfer. It was a shock for sure. People thought if he was going to leave Purdue, he'd just go pro since he could make a ton of money overseas if he wanted. However, we have a grad transfer on our hands and he's probably the No. 1 transfer on the market now. Pretty much every school reached out to him:

And listen I get that 'Dopeseditz' isn't a Kentucky athletic department person, but they are a Kentucky fan. You know what looks stupid as hell? An edit of Matt Haarms in a Kentucky uniform that's getting over a thousand likes on Twitter and starting to make its rounds on Kentucky Twitter where he's injured. Why even use that?

Matt Haarms is arguably the most important grad transfer on the market - ESPECIALLY if you're a Kentucky fan. Nick Richards is going to go to the NBA Draft considering he played himself into a 1st round pick. EJ Montgomery is going to test the waters and it's 50/50 if he returns. His dad says he doesn't feel like he has to come back to prove himself, making it sound like he's leaning toward the NBA. Adding Haarms, a 7'3" guy who can protect the rim and pick and pop? Yeah give me that please, especially with the uncertainty of Montgomery returning.

PS: The fact that San Jose State is listed on the list of schools to reach out to him is so goddamn funny. The epitome of 'shooting your shot' is San Jose State being like 'hey, we may be one of the worst programs in the history of basketball, but we're in California! Ever been to a Sharks game?'