We need to talk about what it's like out here on the streets of New York City during the great Corona Quarantine of 2020. Things are getting weird in a hurry.

I swear today had all of the makings of an amazing day. I woke up early, hit a Peloton class with the Buns of Anarchy crew, and checked in with this sadist nutritionist (Gido) I've hired to help me make better food choices during the quarantine.

Every Monday I send Gido my weight and photos and in return, he sends his feedback along with next week's meal plan. Lately, his responses have been very mean spirited. I can't remember them all but some of the most noteworthy have been "I don't like the way your stomach is looking," "are we backsliding?" and "have you even been working out?"

UGH. And keep in mind I PAY FOR THIS SHIT.

Not today, though. After what was a perfectly compliant week of disciplined eating, Gido gave me some good news. 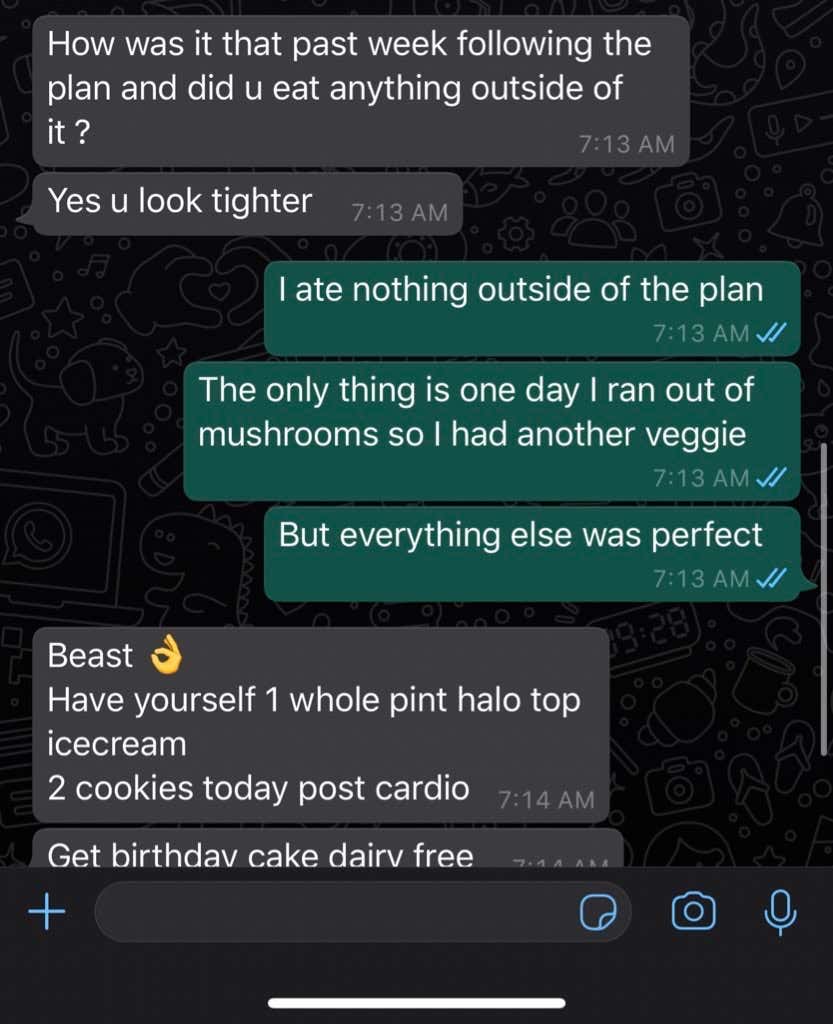 The only hiccup was that I would need to go brave the wild in order to secure my two cookies and the much earned Halo Top.

So, I walked to Whole Foods. I was feeling peppy, confident and motivated by my sugar-laden reward. While I was there, I thought, maybe I'll just pick up this week's groceries as well.

As I rolled up to the front door at a smooth 8:30 a.m., things were not as I imagined. Not one bit. Whole Foods had transformed into the apocalyptic "it" place to be. There was a doorman at the front along with a security guard, a line around the block, and a gaggle of pissed off would-be patrons standing a safe six feet apart. The place was at capacity. The line wasn't moving.

Welcome to New York during the Quarantine.

Wow. Ok.  So instead of waiting, I went to Panera for my cookie and took my ass home. On the way back, let's just say, it was rough. The homeless population that lives on 31st street was stirring, aggressively popping out of their shelters like a Jack-In-The-Box as I walked by. And if that wasn't weird enough, Emma, who I stupidly took with me to Whole Foods, was about two seconds away from contracting her own deadly virus. I pulled her leash just in time as she was attempting to eat a decapitated pigeon.

I wasn't deflated yet, but I was [a little] unnerved.

At around 3 p.m., at peak crazy time, still in my sweaty workout clothes because why the hell not, I decided to step back out. Big mistake.

On the way to my first grocery store, I was catcalled by a random construction worker.

WHO CATCALLS DURING A PANDEMIC???!

I pulled up to Gristedes which, to be fair, is maybe the trashiest grocery store in all of New York. For those who aren't familiar, it's like a watered-down version of Ralph's or that one low budget Safeway in the worst neighborhood in your own home town. It's fucking gross.

The only reason I was at that piece of shit grocery store at all was that my first stop, Hudson Market, was slanging regular boneless skinless chicken breasts for, what's that you say? 25.99 A POUND! I'm not paying $100 for a week's worth of chicken that shouldn't cost more than $25. So add Corona Profiteering to the list of obstacles this day provided me.

But a girl with no options makes do. I quickly got my chicken ($6.99 a pound, thank you) and went to the check stand. I needed to get the fuck out of there.

"Get me the fuck out of here."

I looked up from my phone as the checker is scanning my items and my jaw dropped in disbelief.

IS THIS BITCH EATING A DONUT WITH HER BARE HAND, WHILE SCANNING MY ITEMS WITH HER OTHER HAND?!!?!

My eyes were glued to her as she chewed her Dunkin', with her mouth WIDE open, all over my cucumbers.

Oh. My. God. I'm getting Coronavirus today, I can just feel it. $25.99 a pound for chicken all of a sudden didn't seem like such a bad idea.

I was so close to just abandoning everything. But, for some reason, without saying a peep, I took my groceries and left.

At this point, I was on edge. Totally and utterly rattled. But then, as soon as I calmed down, more trauma came my way.

I must have been spacing out because all I can remember was looking up, and seeing a normal-looking man, on the sidewalk a mere 10 feet from me, holding his dick, delivering a rainbow arced shower of piss headed right for me.

HALT. I stood there in frozen terror. And then lost it.

"ARE YOU SERIOUS? IS THAT WHAT WE'RE DOING RIGHT NOW? ARE YOU... FUCKING SERIOUS?!?!"

That's when I knew. Things are not right here. All of the normal grime in this city has been magnified during the Pandemic. More than ever, you MUST have your head on a swivel.

There have always been giant globs of poop on the sidewalk, handsy homeless people, and the residents of the Chelsea projects that threaten to stab you if you walk too fast behind them. I'm used to that.

But now? NOW? We've got DECAPITATED pigeons. We've got $25.99 a pound chicken. We've got checkers spitting their chocolate glazed donut/Coronavirus particles all over our produce. There are construction workers catcalling women on the street during a god damn Pandemic. And we've got seemingly normal people pissing CASUALLY on the streets in broad daylight.

I can't deal with this shit man. I may never leave my apartment again. As KFC often says, "You're in NEEEWWW YORRKKK! CONCRETE JUNGLE WHERE DREAMS ARE MADE OF!"

If this is what ground zero of a post-apocalyptic society looks like, maybe I'll take my chances elsewhere. I wonder if KBNoSwag and Nick have extra room at their sugar mama's place in West Virginia? I'd be willing to third wheel their ANUS in exchange.