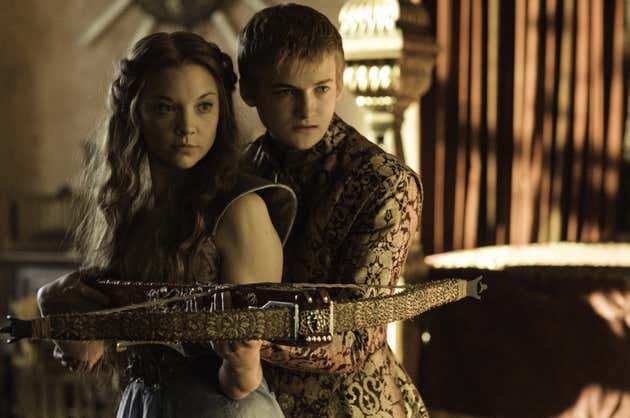 Warning: This post contains spoilers about the 2012 season of game of thrones so i you arent caught up on your tivo you might want to bookmark this page for later on your brand new ipad 1 without 3G.

As we dive farther into Game Of Thrones, we can see some very obvious recurring themes playing themselves out. Themes that are key to both analyzing what has happened while simultaneously giving us crucial insight as to the future of the story. I do not believe that Martin has created a universe where his characters have any free will to their ultimate fate, instead they are all presupposed on whether they have been labled as Chads or Virgs and this label, not wether they are of nobel blood, will be the central factor in their undoing or redemption as the storyline arcs gradually away from justice for most.

So this week Instead of Winners and Losers, Im awarding my season 2 analysis in the form of Chads vs Virgs. 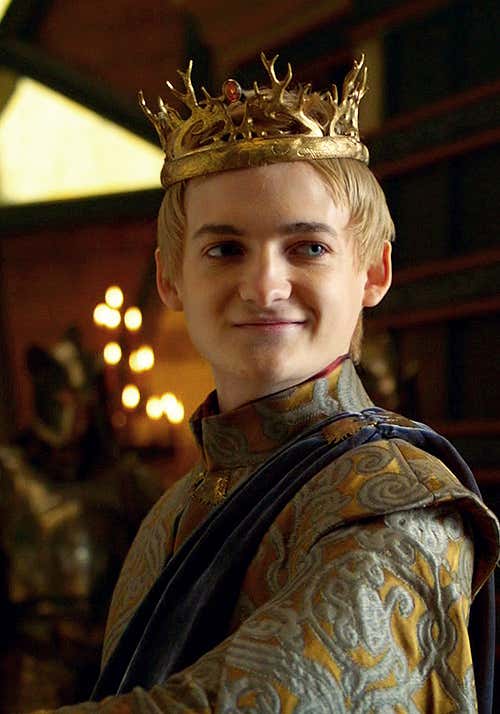 Great example of this is Joffrey being very clearly modeled after the ultimate Chad, Dan Bilzerian. Both inherited all their stuff stuff from there indicted father, he allways brought weapons out when hes hanging out with hot girls who arent aloud to leave, lives in a big house he cant defend, short.

Its fashionble or whatever to hate on successful people, but Joffrey is absolutely putting all these snowflakes into a pretzel with their "smol king bad" takes. Joffrey has already proven to be a effective delegator in wisely letting other people fight his wars for him while he upgrades from a potential wife whose dad he murdered to a new potential wife whose probably going to kill his mom. Sorry if he triggers you but your hatred of him is just going to give him more power.

I've turned the corner on lil Joff whose only crime besides assault and murder and incest and sodomy and desertion and kidnapping is that he rubs all the blue checkmark beauracrats the wrong way for being too decisive. First thing he does as King is drains the swamp, fires his knights, and revamps his cabinet made out of people he can trust and then makes the rest of the deep state people he dosent trust spy on them . Its a good leadership strategy to have everyone trying to kill everyone else so there not worried about killing you. Only so many hours in the day. 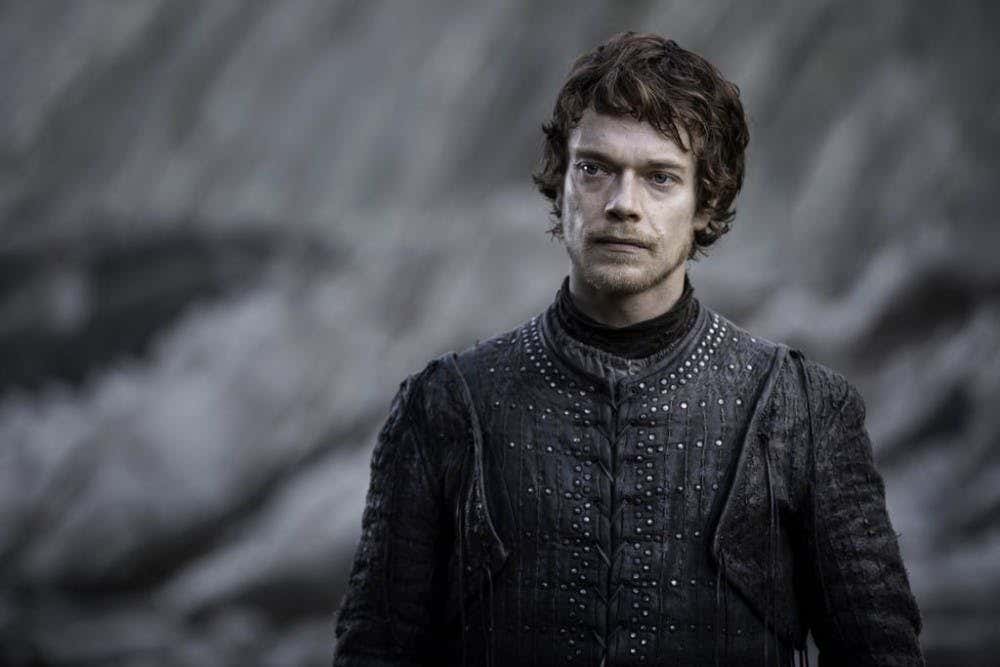 The Derek Carr of game of thrones, although he struggles with inacuracy on quick strikes, he is the master of traveling long distances and winning meaningless contests against weaker opponents. I am including him on the "winners" section because I'm shocked hes not dead yet. The combination of undeserved confidence and utter imcompetence is a forumlay for dying quickly in books written by overachieving nerds with low self-esteem, as punishment being dealt from a Virg to a Chad. Theon has carved out a nice little niche for himself as the younger brother of a more competent leader which if you understand anything about north american poltics is usually what sets you up for the most amount of success.

I put alot of stock in experience in this world you have to wait your turn and pay your dues. Theon is dumb enough to outsmart people older then him, but smart enough to get fooled by anyone younger, putting him in the sweet spot of characters who will probably die because he literally leaves someone no other choice but to kill him. Theon's his own biggest fan, and seems to spend most of his waking moments planning out what he can do to make himself think more highly of himself. In a moment of true reflective honestly, Theon would admit that his only chance to be a hero in life is basicaly banking on doing something incredibly brave and stupid and hoping it works out for him luckily, and then coasting off that one victory for the rest of his entire life like Sean Payton kicking a onside to start the second half of a superbowl. Not a bad plan if you can get away with it.

The Chad vs. Virg theme is one that constantly rears its head during GOT, it is the silk woven throughout each storyline, and slowly being undone by the writer until he inevitbily ends the series by becoming a Chad, throwing up his hands and saying "books are gay" and never finishing his final installments. 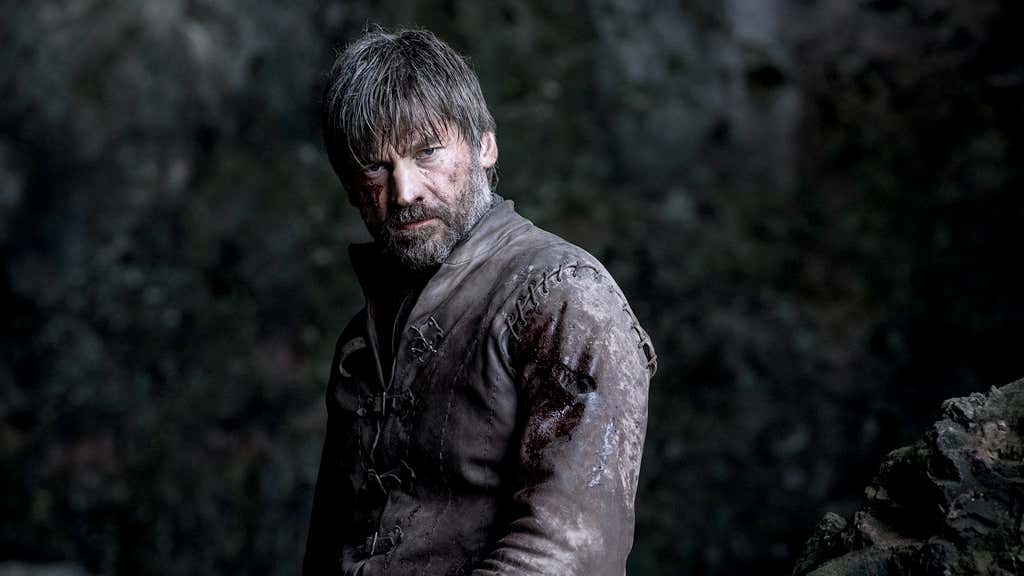 A Lannister allways pays his debts so he owes his left tackle Brienne of Tarth at the very least a gold watch for keeping him safe on a most dangrous journey through some forest that looks like a local park where they grow a few trees you have to walk through to get to the youth soccer fields. Jamie kept his signature cool sense of humor while he was in captivty of the Starks being used as a bargaining chip to have the Lannisters give up Sansa and I guess they just assumed Arya wasnt gonna come back like a lost cat you just figure found a nice warm barn with a bunch of mice to kill and they're happier there.

Hes honestly having the time of his life being chained up and fed and protected by a bunch of people that hate him like a real life king kong. Plus he gets some time away from Joffrey to put their scavenger hunt for checking off all the oedipal boxes on hold for the time being. Little dad-cation. Jamie's in remarkably high spirits throughout his capture, he's like the actual literary interpretation of Terry Roziers tweet that Osama bin Laden is tall as hell and should of hooped instead of killed people, when Jamie gets his weapons taken away he is extremely chill. At the very least he seems to be just fine with this stalemate of a battle aginst the Stark forces, probably on account of the old saying that ties are like kissing your sister. 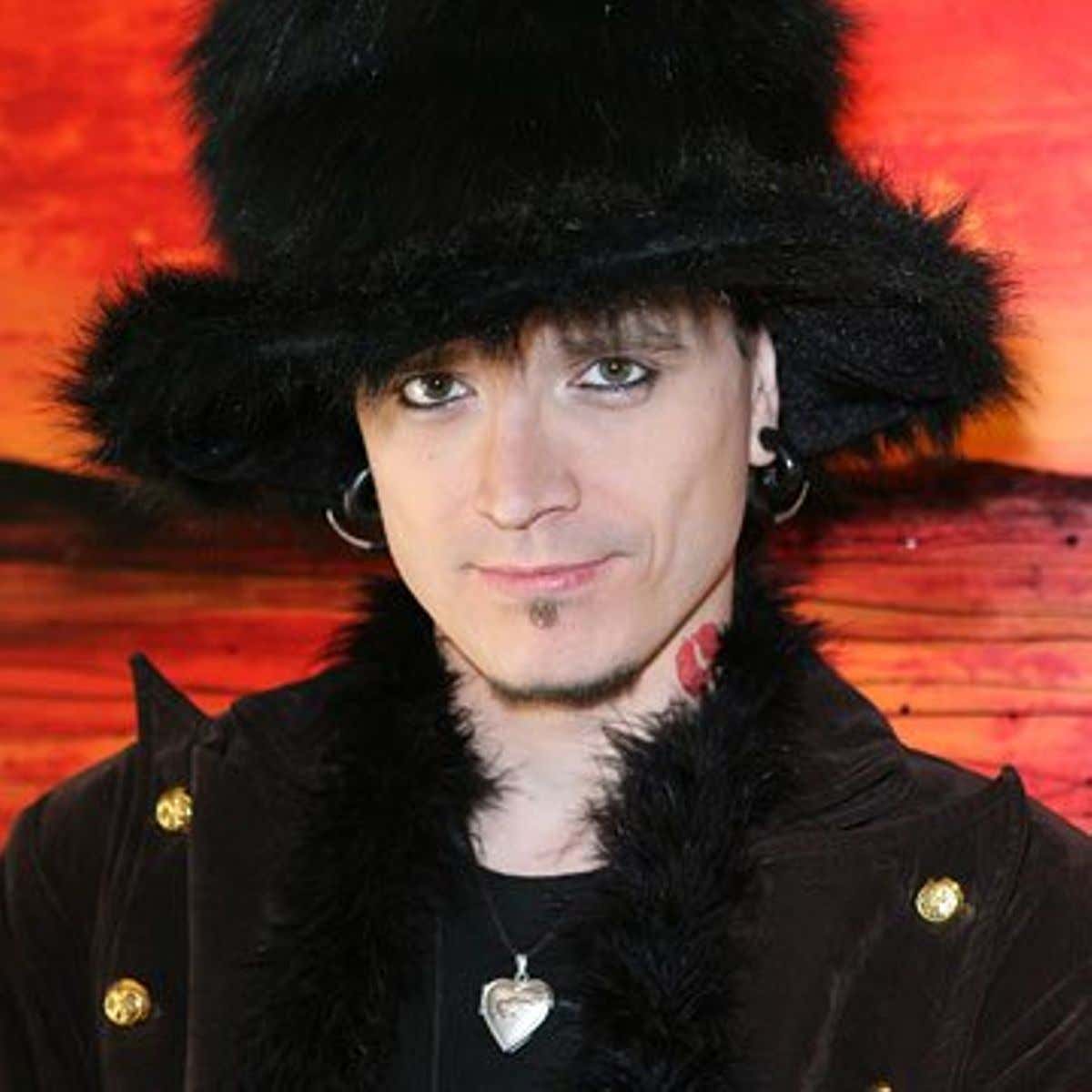 Magic is back big time. Wether its Danyerian stumbling her way into a village filled with drunken David Blaines, Melissandre cutting her special assistant Renly Baretheon in half, or the weird way that guy who marries dozens of his daughters in the middle of the woods just coincdentally never seems to get them pregnant with any boy babies.

Im sick of Dany riding in on her high dragon trying to act like she's beyond reproach. Shes basicaly Carole Baskin with a better skin care routine the way shes murdering her husband, trying to save her deadly pets, and leading a bunch of clueless people who have been hoodwinked by her ways. Shes incompetent when it comes to navigation, she owns a bunch of slaves and started a war, but if she catches you doing any of the same things she will claim the high ground and murder your entire society. 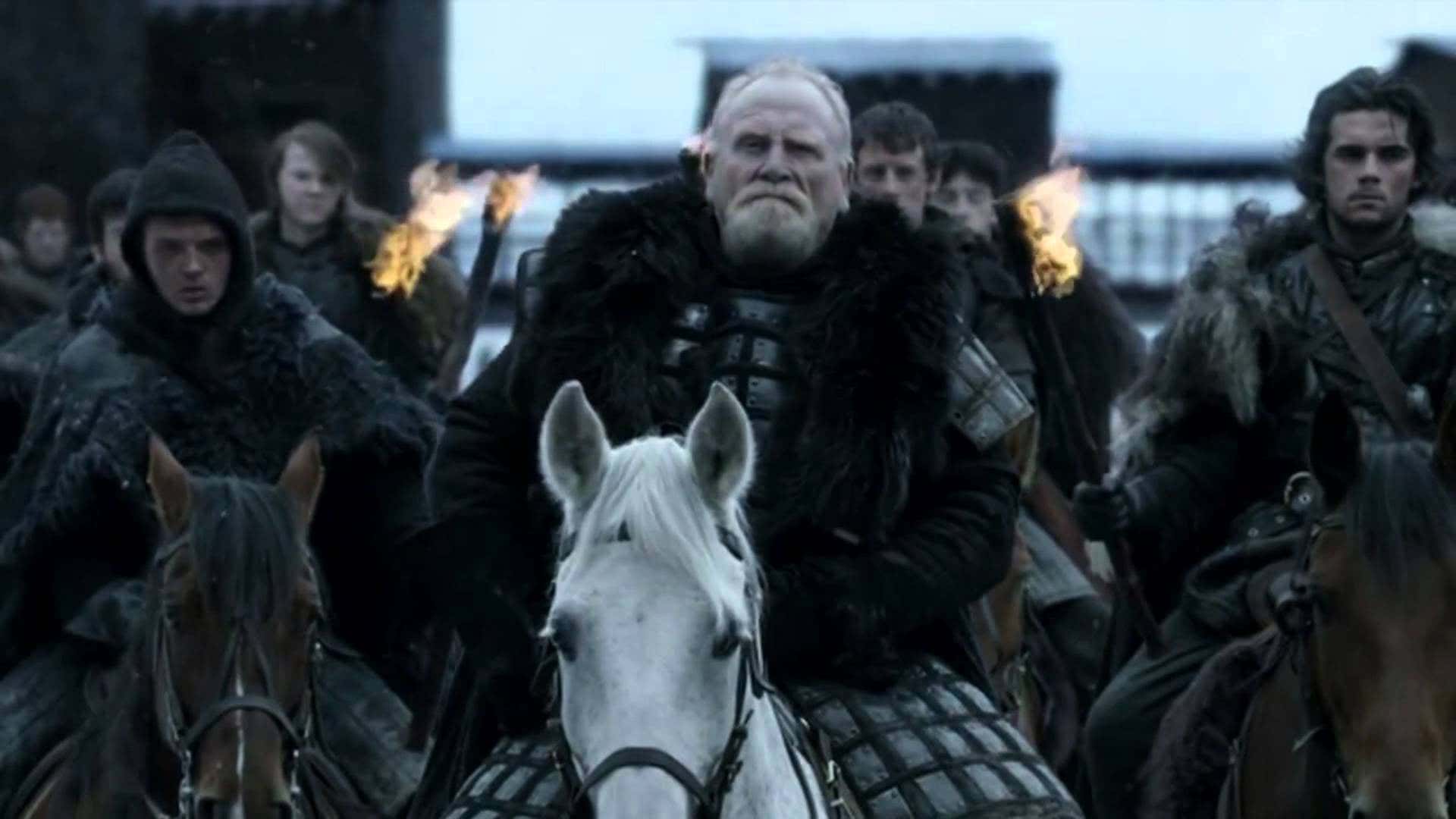 No one wear hats at all. Even in the north where were suppose to believe it's colder than melissandres titty, no one thinks hey maybe I should cover my head. Sure there are hoods on some of their uniforms, and occaisionally a king will wear a crown, but removable headgear is essentially limited to scalps and cloaks that get slowly removed off to reveal skullduggery 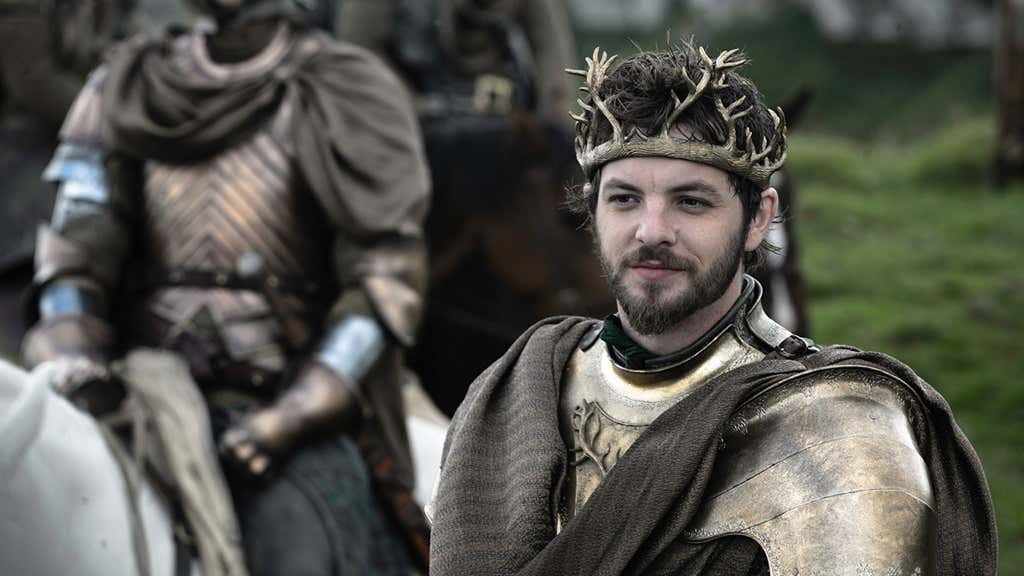 Ive never made a more accurate assesment of a losing culture then when they first showed Renly Baratheon trying to pull off the antler crown. Rocking something like this is like wearing a Hawaiin shirt you ever have to be fat and drunk, or skinny and drunk and this guy is niether. Deer are one of the most majestic of all of gods corporate logos, and to see the same animal from the Jagermeister label, the tractor fuselage, and the Milwaukee Bucks jerseys appropriated into the least intimdating crown of all time is extremely sad. If I was a deer and saw this crown I would break my own antlers off and tell everyone I was a giant rat. Bambis mom didnt get population-controlled for this shit.

The Boratheon bros Renly and Stannis have a interesting, almost Cuomo-like relationship with each other in they are both born into local poltics and one probably has a nipple ring. 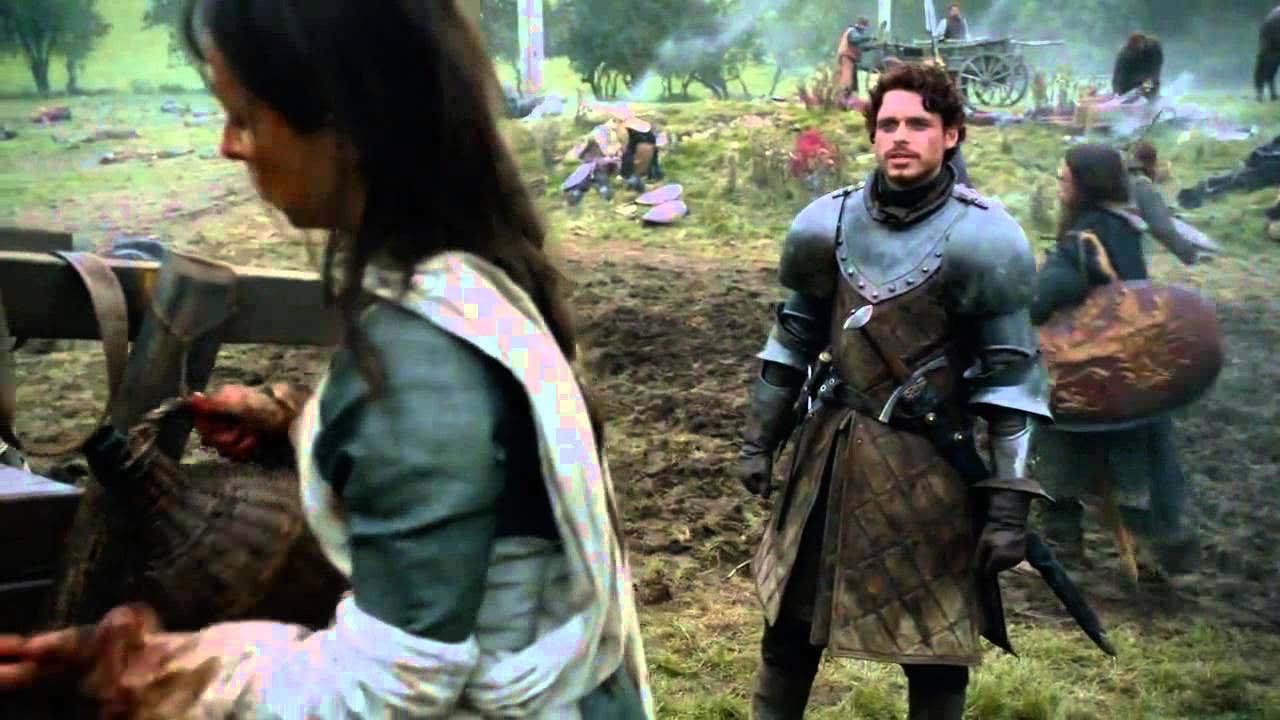 The two biggest protagonists remaning are Jon Snow and Rob Stark who look and act alot alike in a Eli Manning/Daniel Jones type situation. They are also both Simps to the highest degree and fall in love with any woman they meet who dosen't fall in love with them first. Jon Snow literaly translates to toilet cocaine and speaking of George Bush how come they thought Robb Stark could get a way with starting a illegal war based off revenge for his dad with no plans for what he would do after he took over? Dosen't make sense.

Also Theon Greyjoys sister didnt have to shame him for being such a incompetent creep just because hes a incompetent creep. If your riding on the back of a horse or a motorcycle its very easy to fall in love with the person driving. Kind of like love is blind, except your crotch is griding up against them the entire time so its understandable that youd fall in love even easier.

Arya Stark emasculates every male character she comes across either by internaly comparing them to her father or by outsmarting them extremeley easily. Arya sees the world through the eyes of a petite Road Runner and everyone else is a coyote 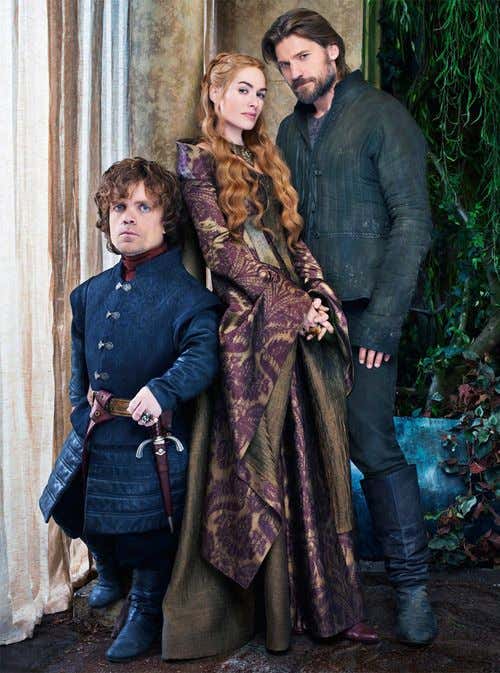 Ok hear me out. Im not a incest guy. But, if your Tyrion and your sister is sleeping with her brother AND her cousin, at some point you have to look in the mirror and ask yourself "what am I chopped liver?" Biggest virg move of all time is to not sack up at that point and bed down your lil sis. Cant be good for your self-esteem when Cersei is banging anything thats closer in resemblence to her DNA than a chimpanzee and you're having to resort to trying to fall in love with hookers again right?

For being such a cunning strategist Im shocked that he fell for Joffrey's master plan of pretending to be afraid during a invasion and ended up risking his own life to give up his position of hand no offense to Jamie.

Dany drives me crazy by being incompetent (Frank the Tank voice) but her dragons keep saving her over and over again shes like the early 90s Lions offensive line and those little lizards are Barry Sanders. Dany went to the Kirsten Stewart school of acting which is always take deep breaths from your heaving bosom to convey stress and try not to talk so much unless your making loud declaritive statements.

Brienne will have a empowering nude scene

Rob Stark or Jon Snow need their own little john type sidekick to hang out with them. Their both too big of a nerd to not have some comic relief hanging around him all the time. Maybe Robs wife is like a Megan Markle and she convinces him to leave the throne or help her bake sourdough all the time instead of drinking horns f wine with the boys and then Rob has to help her get acting gigs or something.

Is James Franco in this getting hanged and asking someone "first time"? Maybe in directors cut?