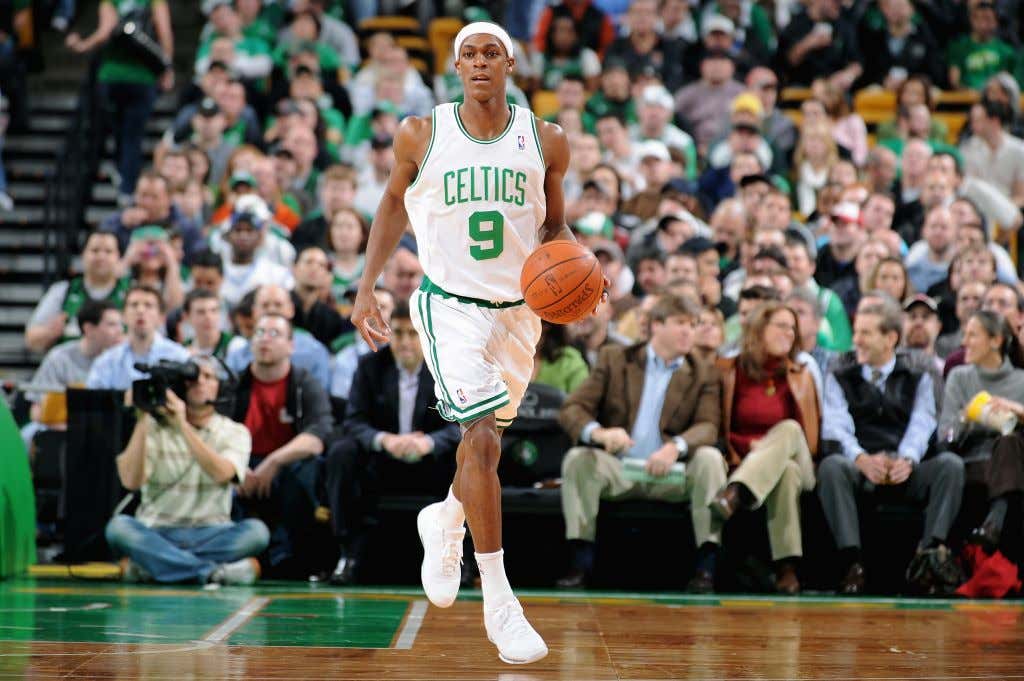 that made my heart overflow with joy. I could barely stand it. Looking at those two and the happiness they had during that interview was all time stuff for any Celtics fan. It's an achievement that was years in the making

and thankfully it was only the appetizer for what was to come later in the day. You see not too long after this interview we got to relive the best day of my life. I have been alive for something around 12,054ish days and I can say with certainty that June 17th 2008 was the top of the mountain for me. You may think that's sad or embarrassing but I don't care, it's the truth. Nothing has come anywhere close in the decade plus since. So while I watched the Celtics shit pump that Lakers team to the tune of the second largest margin of victory in the history of the NBA Finals (39 points) I found myself not really thinking about the Big 3 which was weird.

Instead, watching Rajon Rondo drop 21/7/6 with 6 steals (2nd most all time) my brain couldn't stop thinking about how fucking nasty Young Rondo was. He completely dominated that game from the jump and the way he controlled that game on both ends was beautiful. Not only that, but you then remember that Playoff Rondo was a player that went up a level or five once it got to the postsason. You look at what Rondo was able to do on the biggest stage and it's pretty ridiculous

just to name a few. As Celtics fans we've been blessed to have witnessed some of the best point guards in history from Bob Cousy to Sam Jones to Jo Jo White. But if you're around my age, our best point guard pre Rondo was what….Kenny Anderson? That's why after thinking about it this weekend, I'm pretty sure Rondo up until this point is the best Celtics point guard of my lifetime. The dude was just different

When it was all said and done Rondo played in 527 games as a member of the Celtics, finishing with 4,474 assists (4th all time, 1st all time in AST/G), and 990 steals (3rd all time, 1st in STL/G). He has the highest AST% of any Celtic ever at 41.6%. Since his departure we've seen some pretty dominant guards like Isaiah/Kyrie/Kemba, but none of them are quite like Rondo and I'm not sure we'll ever see another point guard like him again.

By far one of my most favorite Celtics ever, the perfect point guard for the only title team I've ever been alive for, and one of the best the franchise has ever had for a team loaded with point guard icons.