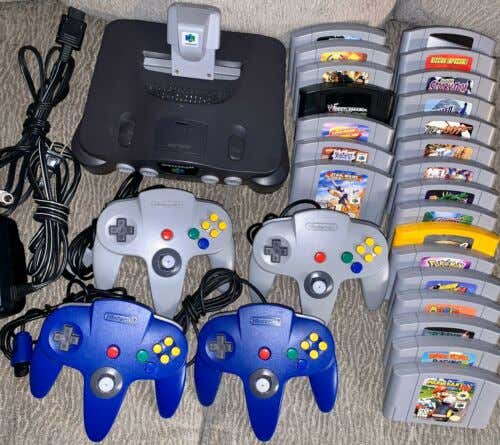 2 of my biggest regrets in my life:

1) Not being a gambler. For years I was always happy I didnt have the gambling itch. I'm risk averse. The lows I experience when I lose are FAR lower than the highs I experience when I win. So I was always happy to be on the sidelines and let the other guys do gambling content. And then came along Penn National and I'm pretty sure I could have made several million dollars if I had just been betting like 50 bucks a game for the last few years. If I even just dabbled in that world, my future would probably be looking very different.

2) Not continuing to play video games. For the first 16-17 years of my life, I was obsessed with video games. I was a Nintendo junkie. From NES, to SNES, to N64, it was my life. I had a little detour to Sega Genesis. I tried Playstation. And I even tried to continue my obsession with Gamecube and then Wii. But everything post-N64 just didnt really stick. I dont know why. Maybe it was because I discovered booze and got a fake ID. Maybe it was because I started to worry about chicks and convincing them to have sex with me. Or maybe it was just because I felt like it was just a hobby and nothing that would end up being colossally important in the world of entertainment, sports, betting and content. And then along came eSports and I'm pretty sure if I had just kept picking up those sticks and maintaining just a mediocre level of game play for the last few years, my future would probably be looking very different.

And I'll even throw in a third - I didnt really take a liking to smoking weed, on account of my bitch lungs and paranoia, and so I didnt think that was for me either.

But here we are in 2020 - and what are the three biggest gold rushes right now? Legalized gambling, video games, and cannabis. I feel like it took a few thousand years but eventually society and the government and basically said "Hey all the mindless shit that people LOVE doing? Lets just let them do that. And do it at a high level. And make a fuck ton of money while doing it." Prostitutes have gotta be on the outside lookin in right now like, "Really? Seriously? Nothin yet?"

Anyway, whats done is done now. I cant start talking about how many units I'm betting on the SEC championship, asking the boys where we droppin in on Fortnite, and rolling up a sloppy blunt trying to join the MHOC. I'd be a fraud and you'd see right through it. Ask an out-of-video-game-shape 35 yr old to play a game on Playstation 4 is like asking an out-of-shape 35 year old to play 5 on 5 full court. Just gonna embarrass yourself. But what I can do is go back to my old ways. Go back to the last time I gripped a controller. The last time I was actually functional with a game console. Take me back to my N64 days. Let me listen to Life After Death on repeat while tearing up Mario Kart. Let me feel the rush of a well executed proximity mine kill in Goldeneye. If I could relive the moment where I finally understood that the height at which you jumped into the picture in Mario 64 controlled how high the water level was...well fuck. Shit, even just let me suffer through the Water Temple with my Ocarina.

So I'm in the market for a refurbished N64 and naturally I'm gonna want some games to play. Been scouring eBay for the best deal and the best bundle of games I can find. Which got me thinking, if you had to go back in time right now, just as I plan to, and relive the Nintendo 64 glory days, what 5 game bundle would you create?

I just hit my main 4. The Mount Rushmore of N64 games, if you ask me. Goldeneye, Mario Kart, Super Mario 64, and Zelda: Ocarina of Time. To me those are indisputable. I know theres a huge Smash Bros contingent out there, I missed that boat. I think I was phasing out of video games by the time that hit in 1999. I was also a big Donkey Kong 64 guy, that was fun as shit. There was the first M-rated game that ended up sucking but got so much hype for its graphics and game play, Turok. There was that OG pack of games that came with Cruisin USA and Wave Race 64. I preferred Star Fox and F-Zero for SNES, but you had those choices as well. Tony Hawk and 1080 Snowboarding for the sk8er boi crowd. ALL THAT, on top of all the sports and wrestling games.

So this is where it gets tricky

Major League Baseball featuring Ken Griffey Jr??? WCW vs nWo??? WWF No Mercy?? In The Zone 99?? By the way, how the fuck did GLEN RICE, on the Lakers nonetheless, get on the cover of a video game? 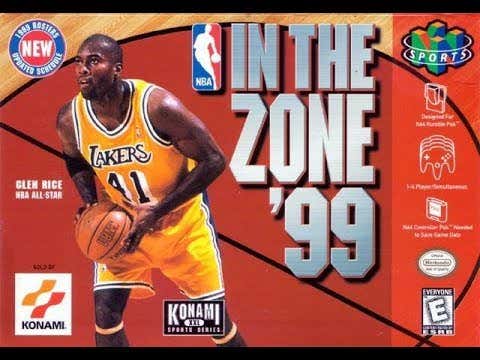 If I'm being honest with myself, the other thing that accompanied my life at the time of my Nintendo days - and eventually went on to dominate it - was wrestling. And when I close my eyes and think "wrestling game. N64." The first thing that pops into my mind is WCW vs nWo. Gut reaction, thats the wrestling video game that most jumps out at me.

But as a WWF loyal guy, I gotta pick the game that was a touch newer, a bit better and more evolved, and with the true wrestling super stars. Final answer. Lock it in. My top 5 bundle: