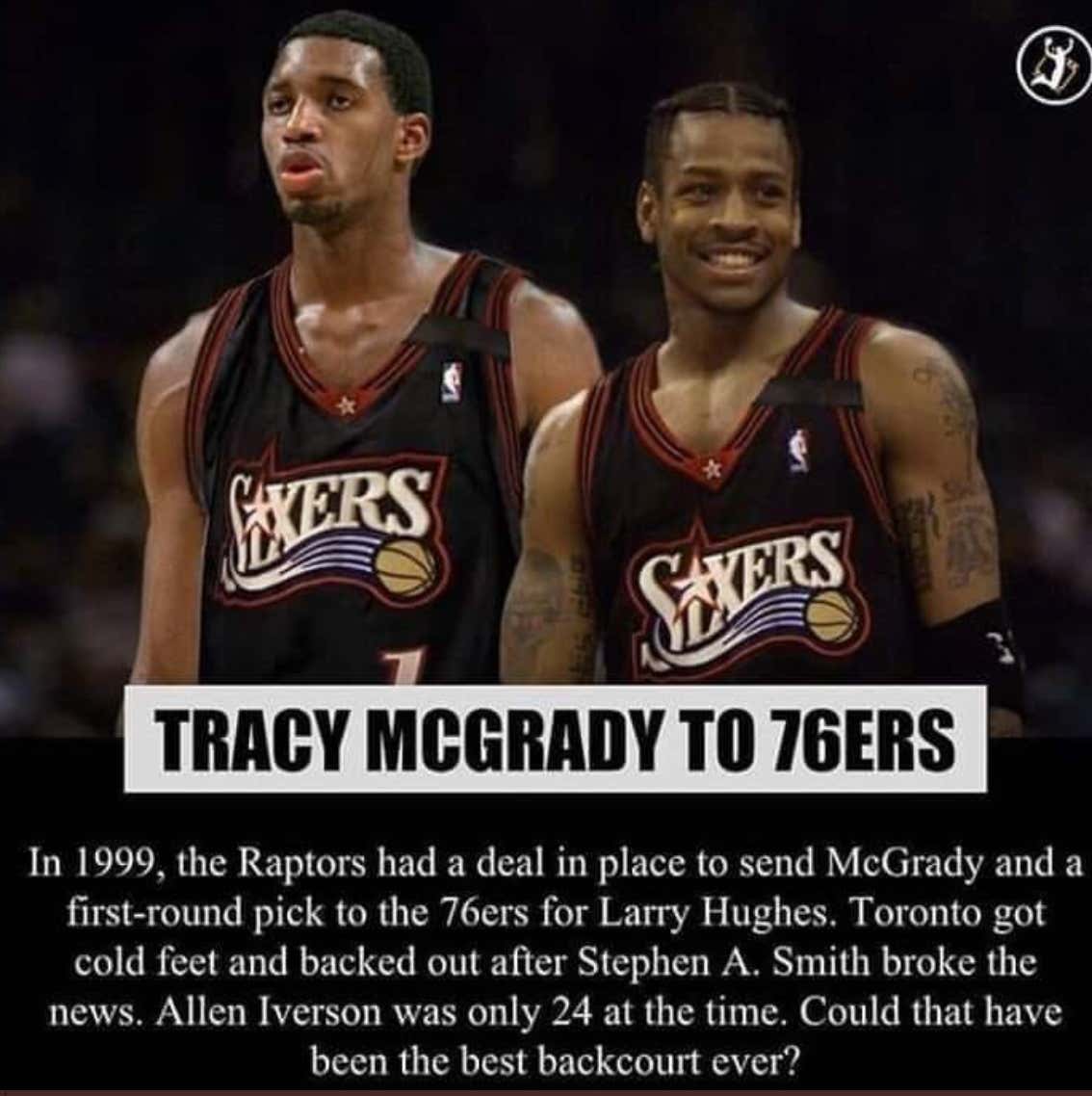 Fucking Stephen A.! What a way to randomly drop one of the biggest what-ifs like oops my bad, guys. Really I'm just chalking this up to Stephen A. being a Knicks fan and not wanting to see the Sixers be absolutely loaded in the backcourt. Think of that. A 24-year old Allen Iverson with a 20-year old Tracy McGrady? That's fucking terrifying.

I absolutely love how SAS just doesn't give a shit either. 'Yep, that's true.' What you thought he'd just sit back and not address this saying how he's awesome at his job? Yeah, I didn't think so either. Stephen A. Smith will 100% take credit for not letting the Sixers land one of the most exciting backcourt duos ever and for that I thank him. Quite simply, fuck the Sixers. It sucked growing up in Pennsylvania during the Iverson-era as a Knicks fan. Thank God they didn't have McGrady too.

It's weird to think of Stephen A. as a newspaper guy. He's always just been the man screaming at me on the TV, even though he was a newspaper guy as I was growing up. It's like Costanza trying to play anyone other than Costanza-  he'll always be Stephen A. the TV guy.

I need to know more about this though. What exactly did he leak? Just the trade offer and then the Raptors heard all the feedback about how awesome McGrady/AI would be together? That would 100% happen and I can imagine it now on Twitter. Someone backing out of a trade after Twitter blows up on a Woj tweet.

What could have been in Philly. I'll say that Sixers/Lakers Finals would have been way more interesting outside of AI stepping over Lue.