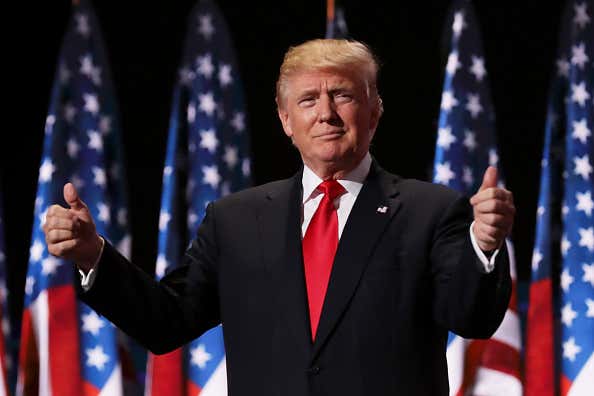 In a conference call with major league sports commissioners on Saturday, President Donald Trump said he believes the NFL season should start on time in September, sources familiar with the call told ESPN.

Trump also said he hopes to have fans back in stadiums and arenas by August and September, sources said, though it is currently unclear if medical experts find that to be a realistic timeline amid the current coronavirus pandemic.

NBA commissioner Adam Silver told those on the call that the leagues were the first to shut down and that they would love to lead the way in starting the economy once there was an "all clear" from public health officials, sources familiar with the call told ESPN.

I think we'd all agree that the worst part of this whole shitstorm (with respect to sports, obviously) is the complete and total uncertainty of when we're going to get them back, so even though August seems like eons away, I think I'd take this deal right now if it were guaranteed to us. Actually... yes, I would take this deal, because every day I'll wake up a little more worried that we won't get baseball at all this summer.

I had this idea floated to me a week or 10 days back by someone in baseball and have mentioned it on radio a few times: move all 30 teams to Arizona and have them start the season there and play in empty stadiums. The idea was then discussed in depth in The Athletic earlier this week:

Again, works for me. It'd very weird, unnatural and as the article describes it, a "logistical nightmare" and "controversial" sure, but whatever. Just get us sports back. I can only root for a plastic horse named Spiral Ham for so much longer before I go completely and totally insane.