IT'S TIME TO PLAY BARSTOOL FEUD! GIVE IT UP FOR YOUR HOST, PFT COMMENTER! We got another good one for you today ladies and gentlemen!

From The NFL and a Stronger Gene Pool, The Bussin' With The Boys Family! -- @_WillCompton @TaylorLewan77 and special guests @CoachVrabel50 and @DennisKelly67 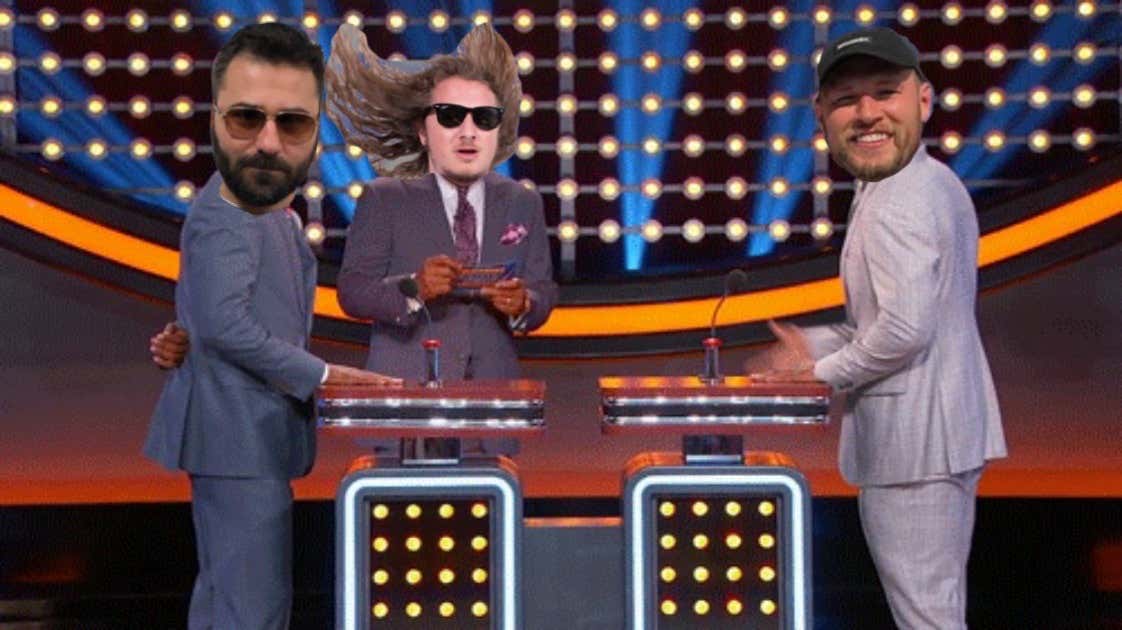 Tonight's categories included: Occupation that is more admired than it should be, a part of your body that looks different when you're sick, and something you usually carry in your pocket.

Things got off to a hot start tonight as Pat from Hard Factor and Will from BWTB met at the podium to kick it off.  Buzzing in first was Pat, who quickly showed no admiration for the work that our medical professionals (A.K.A Heroes) are doing during this crisis and went with 'Doctors' as his first answer.  That gave us our first wrong answer of the night, and it was up to Will to win the BWTB family a chance to play.  'Dentist' was his choice, and that gave us our second wrong answer of the night...In true Barstool fashion, it took both families another incorrect attempt until Pat, on the third round of answers, gave us 'Athlete', the number one answer on the board.  But, it wasn't long before the Hard Factor family had 3 X's on the board though, and after deliberation, BWTB named the number two answer and claimed the first round.

Round 2 was naming body parts that look different when you're sick, and though Hard Factor got the podium answer correct, BWTB was able to name the top answer choice and won the right to play.  With 3/5 answers on the board, BWTB got their third X sending things over to Hard Factor to steal.  After a brief huddle up, throwing around choices like butt*, glands, and stomach, the boys decided to go with tongue after watching the BWTB family name lips, mouth and throat incorrectly.  Disheartening to say the least... Round 2 went to BWTB.

*It should be noted that Butt was actually a correct answer, but Hard Factor, unfortunately, decided to go another way.

With the score at 238 - 0 entering the final round, answer points are tripled, and Hard Factor won the right to play and a shot at a comeback.  Nailing the top three answers correctly right off the bat may have been too hot of a start for Hard Factor though, as they then went on to go 0-3, handing the victory to the Bussin' With The Boys Family.

THAT'S IT FOR BARSTOOL FEUD EVERYBODY! BUSSIN' WITH THE BOYS TOOK THIS ONE, 511 - 0!

THEY COMING BACK TO TAKE ON THE @SpittinChiclets FAMILY ON ANOTHER EPISODE OF BARSTOOL FEUD... I'LL SEE YA NEXT TIME!

Watch the full replay below and stay tuned for more episodes to come!