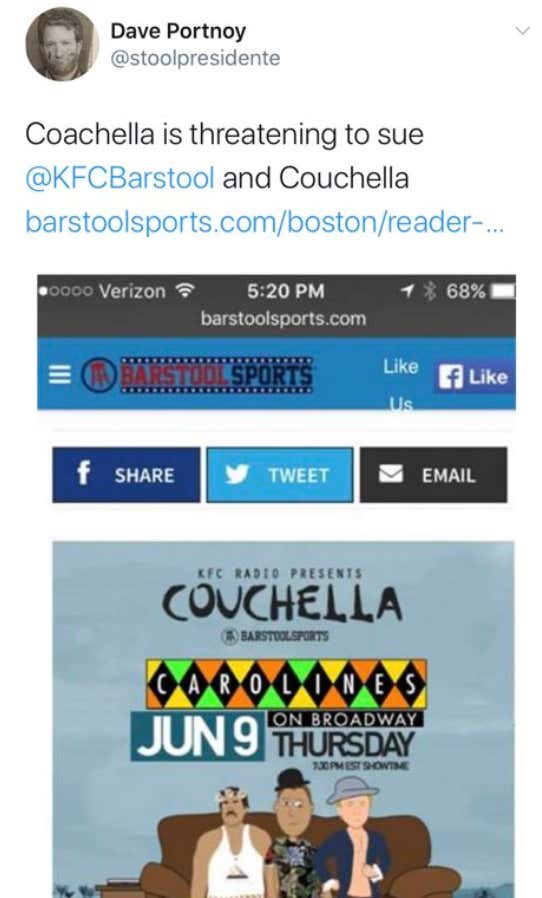 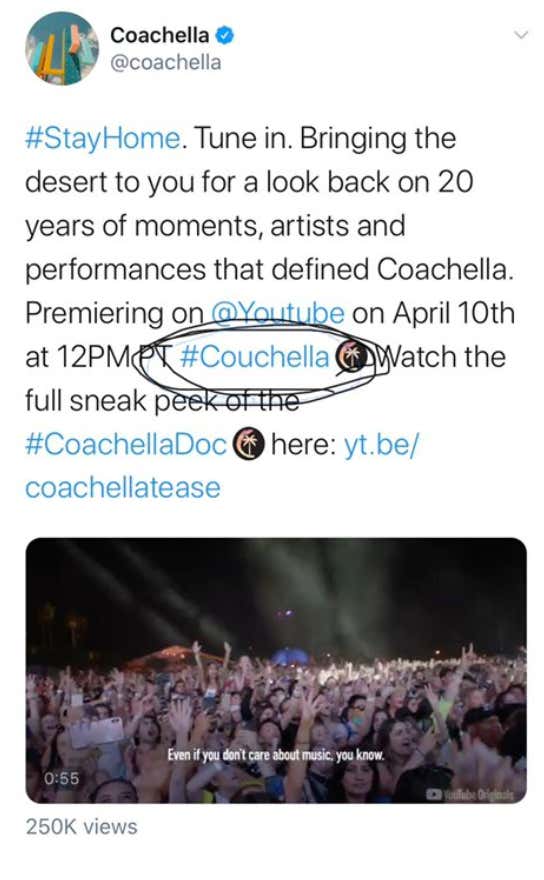 I've known about this for a few nights now, how Coachella was using Couchella to promote their new documentary and had their own fancy hashtag for it and all that business. I found it funny, complimentary even. I'll be honest I didn't even think they stole it, I just thought it was kinda nice that our minds worked the same way as what I can only assume are highly paid marketers.

But that was before I remembered that the sons of bitches tried to sue us for it 4 years ago. Couchella wasn't something they thought of and we had parallel thinking, Couchella was something they wanted to take us to court for! Those motherfuckers saw that stay at home order and thought, "Hey remember that podcast we tried to sue years ago? Let's just take their name and rebrand for the year."

Now don't get it twisted, this was just before Erika came aboard so, without her, we obviously didn't have anyone smart enough to trademark shit. Never even crossed any of our minds. Obviously. It's a silly name. But I'm still verbally suing Coachella. You know where you got Couchella from, I know where you got Couchella from, and that's enough for me. Every night when you go to bed you need to brush your teeth in a mirror, look at yourself, and be embarrassed that the best you could do was take the marketing from a live podcast at a 400 person venue. And you're supposed to be the king of festivals? Pathetic.