WSD note - this is another blog from our guy Dante, who knows more about music and its history than just about anyone.  I'll let him take it away 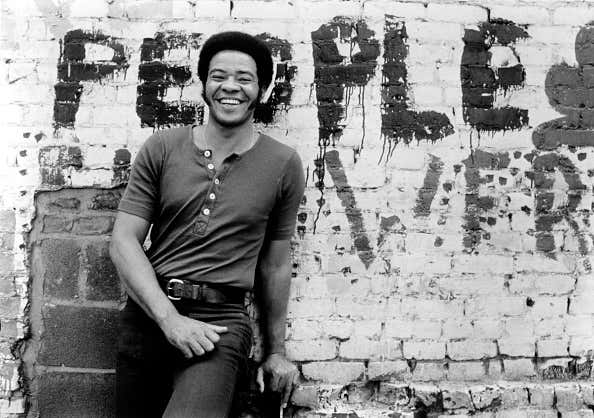 Bill Withers, the soul legend who penned timeless songs like “Lean on Me,” “Lovely Day,” and “Ain’t No Sunshine,” died Monday from heart complications in Los Angeles. He was 81.

“We are devastated by the loss of our beloved, devoted husband and father,” his family said in a statement. “A solitary man with a heart driven to connect to the world at large, with his poetry and music, he spoke honestly to people and connected them to each other. As private a life as he lived close to intimate family and friends, his music forever belongs to the world. In this difficult time, we pray his music offers comfort and entertainment as fans hold tight to loved ones.”

Since this is Barstool SPORTS let me put who Bill Withers was in terms our audience can easily understand. Remember Barry Sanders? Megatron? 1993 Jordan? Guys that were all wildly talented and still in their prime yet decided to walk away? That was Bill Withers in 1985.

Withers was a ripe 47 years old and hot off 8 smash album releases when he decided he was done.

We’re talking about an artist with timeless hits here. Look at this resume and pretend you’re not impressed–

Ain’t No Sunshine (1971) (LISTEN TO THIS ACOUSTIC VOCAL VERSION)

I could list B-sides but don’t want to lose your attention. (I do highly recommend putting Withers’ 1972 album “Still Bill” on spotify on and just jamming out. One of the best.)

Withers’ wasn’t just born with a gift. Quite the contrary. He was born with a speech impediment, and in the Jim Crow South. We call that starting behind the 8 ball. He overcame his speech impediment and taught himself how to play guitar by ear. After high school he served his country by enlisting in the Navy. It was a chance meeting with Chicago born legend Lou Rawls that inspired Withers to pursue a career in music. While working the line at an aircraft parts factory he worked on his vocals and wrote music. (B Rabbit?) . He saved his money to cut a demo tape which lucky for us found its way to the hands of an exec at Sussex Records.

“Ain’t No Sunshine” was Withers’ lead single off his incredibly popular debut album “Just As I Am”. He would follow that album up with an even bigger hit “Still Bill” which solidified him a star. The sophomore album featured the all-time classic “Lean On Me” in which Withers played the piano himself. A skill he also taught himself. No big deal. Not only is Lean On Me a song familiar to almost everybody alive today, but ask anybody what the first song they learned to play on the piano was and I’ll bet you it was Lean On Me. If it wasn’t I’ll jump in the Chicago River.

Withers hated the spotlight. And everything that came with it. He was married to a babe, Denise Nicholas aka the mom from the movie Ghost Dad, and the tabloids loved gossiping about their relationship. He hated the road, the grueling life of touring, and all that went along with it. He had a manager early on that fucked him out of money and his tiny label Sussex was barely afloat despite Bill’s monster success.

In 1975 Withers’ was forced to move to Columbia Records after success folded and his life only became more miserable. Racist A&R’s, the loss of creative control, and the push to pump out radio hits wore him down. But despite all that, Withers’ still managed to produce such beauties as “Lovely Day”, and “Just The Two of Us”.

When his last album, “Watching You Watching Me” was a sales flop Withers said fuck it and called it quits.

Studio execs were baffled by the announcement and were sure he’d come back to the negotiating table when money got tight or his artistic itch needed to be scratched. But Withers held steadfast. He even gave up performing live.

He made a very few rare exceptions I feel the need to mention because of how awesome they are.

In 1988 Withers’ granted permission to Club Nouveau to sample “Lean On Me’ for their hotter than a five alarm fire flames remix. Which Withers would win his NINTH Grammy for.

Withers also contributed two songs to pal Jimmy Buffett’s 2004 “License To Chill” which if you know you know.

He made his one and only live performance exception in 2004 when he made a super rare appearance to perform at then Detroit Pistons owner Tom Gores 40th Birthday Party. Sang ten songs, collected a rumored 7 figure check and dipped out.

Withers had been smart with his money his whole career. Never needing to waste it on flashy shit to impress others. He made smart real estate investments and had the foresight to own his own publishing rights (which he would later have his two children from his second marriage be in charge of).

There were rumors of Withers would perform at his Rock & Roll Hall Of Fame induction in 2015 but he declined saying, “I don’t want to be one of those old guys that sounds like a gerbil trying to give birth to a hippopotamus.”

Withers was incredibly self-aware. And humble for all of his success, especially so late in life, remarking, “Imagine 40,000 people at a stadium watching a football game,” he told Rolling Stone. “About 10,000 of them think they can play quarterback. Three of them probably could. I guess I was one of those three.”

The guy was so revered by his peers and today’s musical community not just for his talents and art he contributed to the world but also for the kind of person he was.

Quest Love, of the Roots, and the band of that guy who made the awful baseball movie and has a late night talk show had this to say about him (to Rolling Stone in 2015):

“He’s the last African-American Everyman. Jordan’s vertical jump has to be higher than everyone. Michael Jackson has to defy gravity. On the other side of the coin, we’re often viewed as primitive animals. We rarely land in the middle. Bill Withers is the closest thing black people have to a Bruce Springsteen.”

For Questlove to put Withers in the pantheon of Michael Jackson, Michael Jordan, and Bruce Springsteen says all you need to know about how big of a titan the world lost today. Rest In Peace and thank you for all your contributions Bill Withers.

(Lastly, a useless fun fact. You know I like these) – In “Lovely Day” Withers holds his “day” note at the end for 18 seconds. A record for any song ever recorded. And it’s marvelous. The only man I’ve ever known to come close to doing this has been my good friend, the incomparable John Vincent on the National Anthem at every other Cubs game at Wrigley.