Being an internet "personality" can be weird.

You're not "famous", but there's people out there who know who you are because of what you do in the public eye.

Obviously anytime you put yourself out there with anything creative, there's going to be negative feedback - especially from people you don't know. It's just part of it. I get it. Comes with the territory.

Take my mother for instance. God love her, but she doesn't like The Beatles.

Like not even one song. If a Beatles song hits the air when she's around, it's immediately turned off. Some will take that as a reflection of my mother, but I always use that example to remind myself and other people that no matter what you do, even if you're as legendary as The Beatles, there will always ALWAYS be people who don't like you.

But Friday morning offered one of the most interesting and unique experiences with a "hater" online that I've experienced to date, and one that I think perfectly sums up what it's like to be lucky enough to work for a place like Barstool.

I was fortunate to have our Instagram page to throw up my "FBI agents watching you during quarantine" skit that I released this morning.

Anytime your shit gets on the main pages you're going to take some heat. What I'd compare it to is walking out naked on a stage in front of 7.8 million people. There will be some people that are impressed, some people who don't really notice or care, and some people who just fuckin' hate your guts. So, I was prepared.

That's when I get a DM from someone who just wanted to let me know how much I suck.

Quite the venom for a Friday at 10:32 in the morning. Of course he doesn't follow me, he saw it on our main page, then felt the need to reach out.

So I hit him back with the Richard Sherman age-old classic "u mad bro" because hell, on a Friday during quarantine who knows where this conversation could go. And it definitely did not go the way I thought it would.

OK this is more of a figure of speech than something that actually happens to make people pissed off when they wake up in the morning. At least I thought. But it's not a typical response you'd get in this situation.

Usually my "u mad bro" response would be met with a "yeah fuck you" or "yeah cuz your shit is the worst" - something like that. That's what I was expecting. So when this person hit me back with a kind of actual response, I thought 'OK I'll play nice guy here and offer some words of encouragement. Be the bigger person, Joey'.

Again, I keep playing along. I don't really know why. He asked, and I'm proud that I work here even if he thinks I suck, so I want to let him know that I do.

10000% thought a "wow they fucked up" or "used to be a fan of them but not after they hired you" something along the lines of that was coming.

But I don't think anyone could have seen what was coming next. 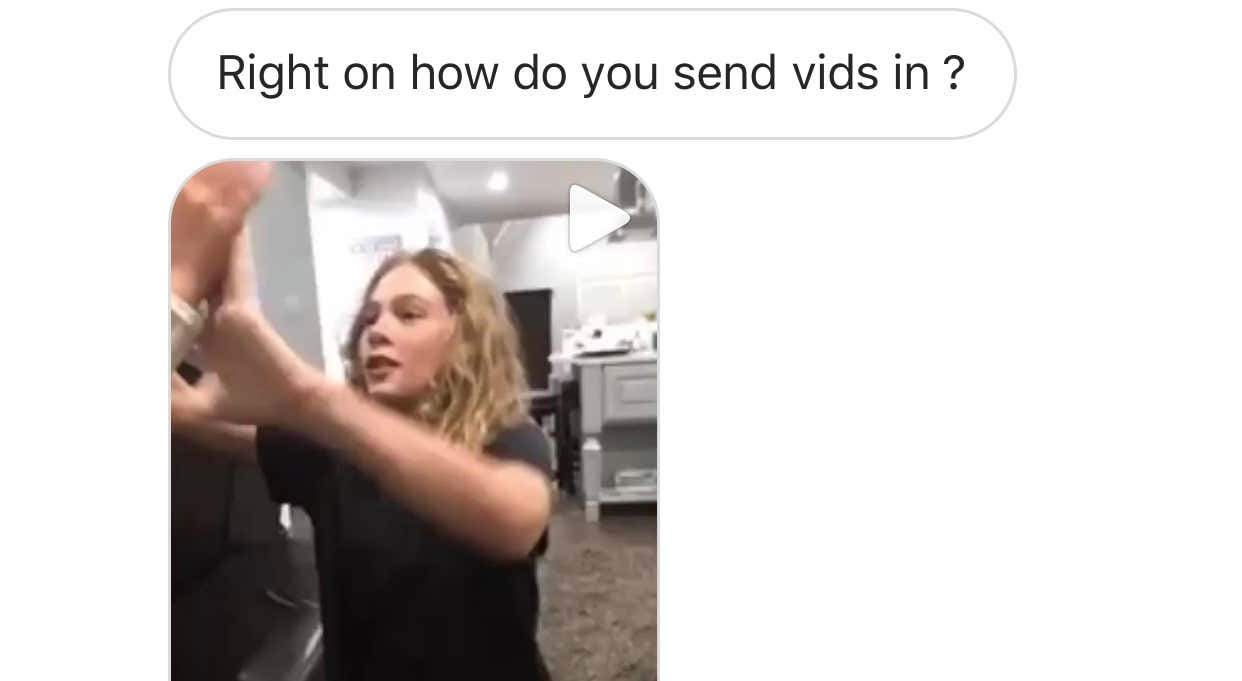 I mean what an absolute come from behind story here. See folks, anything is possible if you slide in DMs, tell people they suck, and send a video to a new Barstool personality.

I don't think there has ever been a sharper 180 degree turn in the history of mankind.

At 10:32 this morning this dude was spitting fire my way because of a video he didn't like and by 10:50 we were laughing it off with me telling him I was going to blog about it.

Maybe this was his plan the whole time? From troll to being the feature piece of a blog on barstool sports.