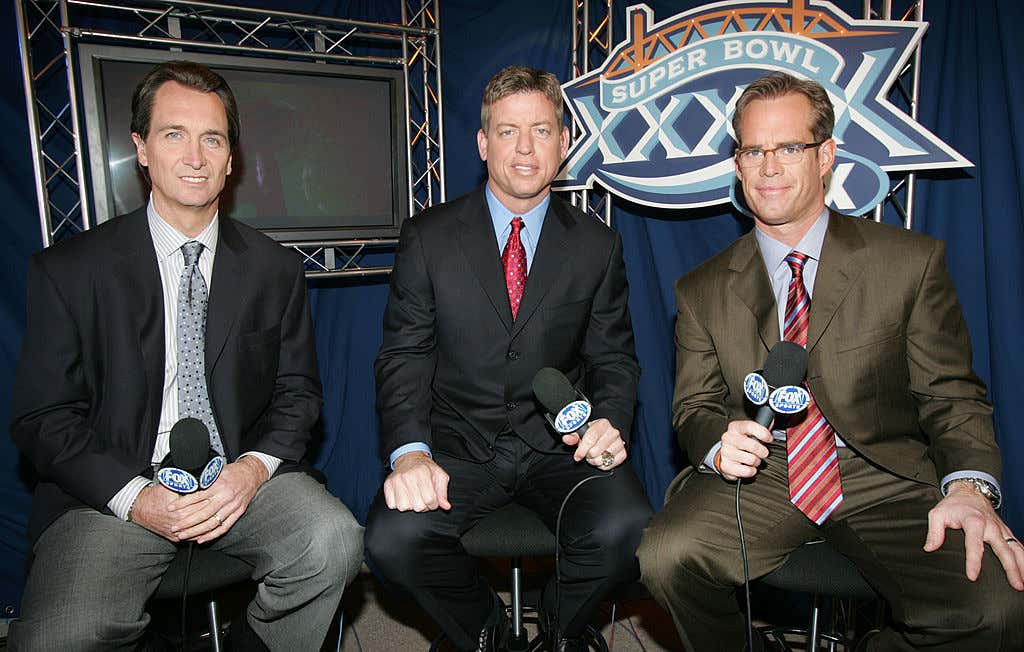 Despite all the nothingness going on in the sports world, today is Friday, and we head into the weekend with a longtime recurring guest on today's Pardon My Take. One of the top play-by-play broadcasters out there, Joe Buck, joined the show along with Oliver Hudson, who is Buck's podcast co-host for their new show, "Daddy Issues." The duo teased their new pod on today's episode along with reading mean tweets, when we are getting sports back, and more. Mr. Cat and Mr. Commenter also called Buck out on one of his lines from February's Super Bowl LIV, when he called Chiefs RB Damien Williams "Playoff Damien." That was a line that caught many people off guard, so Mr. Cat began an interrogation:

Mr. Cat: Joe, we haven't talked to you since the Super Bowl.

Mr. Commenter: I thought that you did a great job in the second quarter.

Mr. Cat: Well, no, you did a fine job. You just blatantly made up a nickname for "Playoff Damien" that no one in America ever thought was real and thought you could just like say it. And we'd be like, oh, yeah. His name is definitely "Playoff Damien." 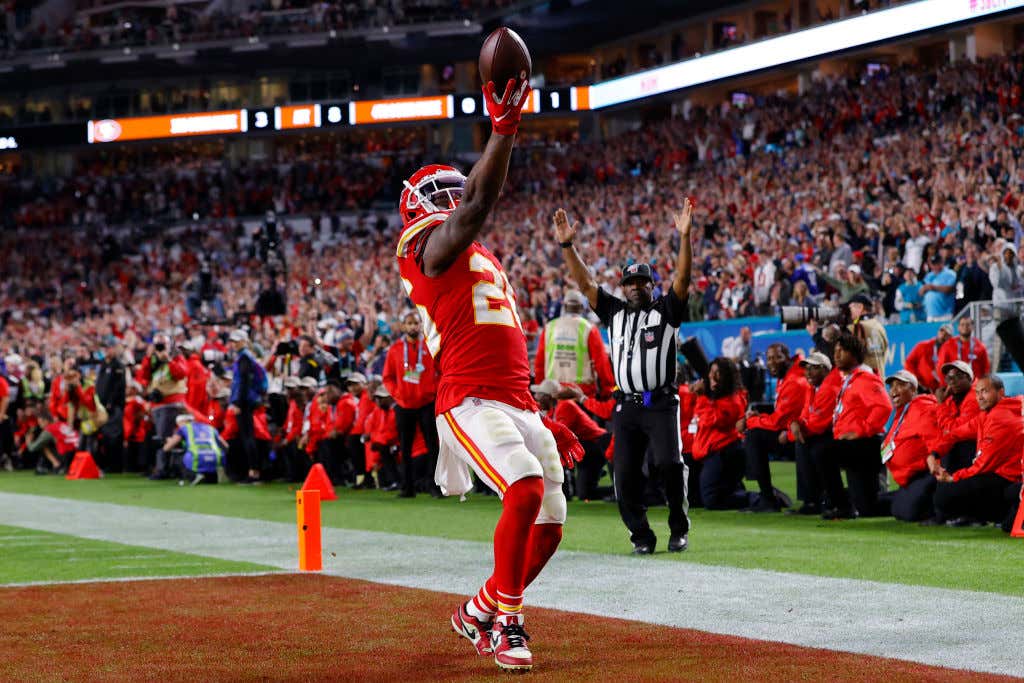 Joe Buck: OK. Well, then you're hanging yourself here. You're hanging yourself here because you want me to say YABO. You want me to throw that in and just kind of make that fit. If there's ever any time that I can make that happen, I'll think back to this time when "Playoff Damien" was scoring touchdown after touchdown in the playoffs. Six playoff games, 11 touchdowns. 85 regular season games, 22 touchdowns. And I read it in the clips leading into the game. So if I made it up, I guess somebody else made it up for me.

Mr. Cat: Someone was definitely like, "Yo, how can we fuck with Joe Buck... Playoff Damien."

Mr. Commenter: No, no, don't let him pass the buck on this one because you still have all those stats about "Playoff Damien" buried in your head because you did so much research going into it while you were coming up with the nickname.

Joe Buck: No, wrong. I did so much research. I don't even remember who won the game. I did so much research leading into this interview that I knew you guys were going to hit because I listen to your podcast and I heard it and I was like, oh, you know, they thought we did a decent job, which is all you can hope for when you broadcast to 100 million people. And then it's like, what, Playoff Damien? Like, I'm trying to sell Danny Dimes T-shirts. It was just a thing, and I threw it out there. And I throw myself on your mercy for a little bit of leniency in this case.

Mr. Cat: OK, denied that. And we verified it with Chris Jones. We had Chris Jones in studio like two weeks after. We're like, come on. He's like, I don't think anyone's ever called him "Playoff Damien," that makes no sense.

Joe Buck: Well, OK. So you're saying Chris Jones is up on all the, you know, the clips and everything else that I read going into a game like that.

Mr. Commenter: He spends time with him.

Mr. Cat: Yeah, he knows. If there was a nickname like "Playoff Damien" going around the locker room, he would have known and put a stop to it.

Mr. Commenter: I actually suggested that they call him "Big Game Dame" and he's like, "That's a way better nickname than Playoff Damien."

After this conversation during his interview, Buck had his ammo ready for when the debate hit social media earlier this morning:

It turns out that the nickname "Playoff Damien" originated from an article by Big J Sam McDowell of The Kansas City Star, where he says that some folks inside the Chiefs facility initiated the nickname. As mentioned above, that group clearly didn't include DT Chris Jones. However, as a fellow play-by-play broadcaster, I do see where Joe Buck is coming from here. While the nickname "Playoff Damien" may not have caught major steam before the Super Bowl, he clearly got it during his game prep. For those who have called games before, you know how valuable those little "nuggets" can be. Buck saw the opportunity after Williams scored the touchdown and made it happen. 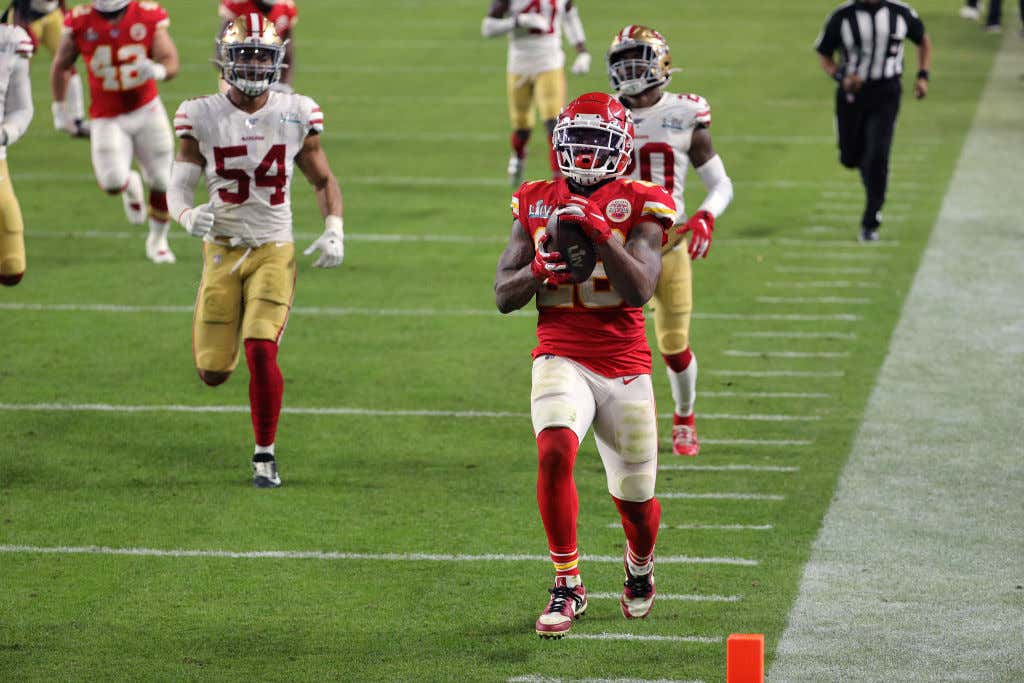