Last night Luggage Guy Trent and myself broke down a bracket of the top 64 John Mayer songs live on Instagram.

Here are the stream results ... 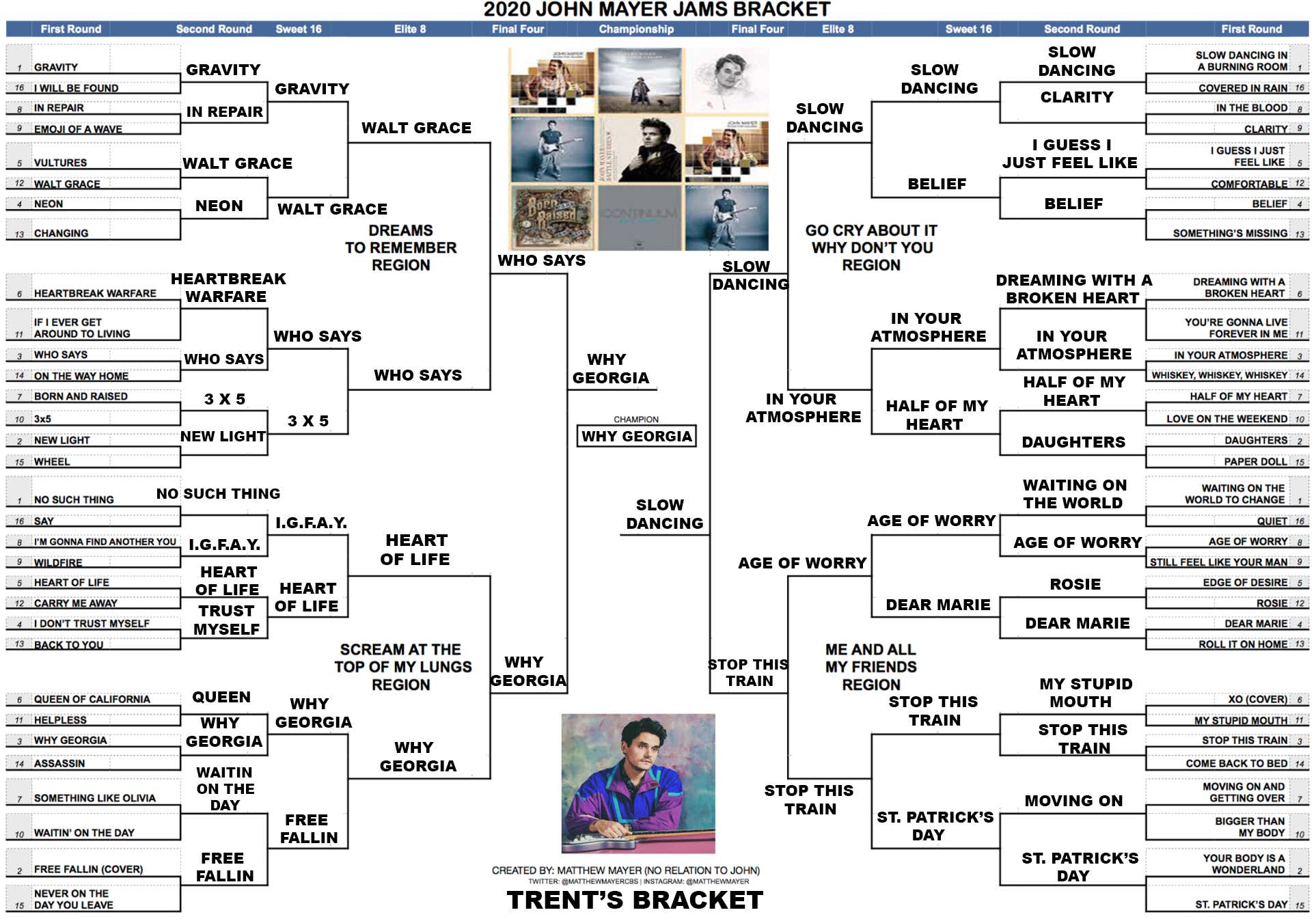 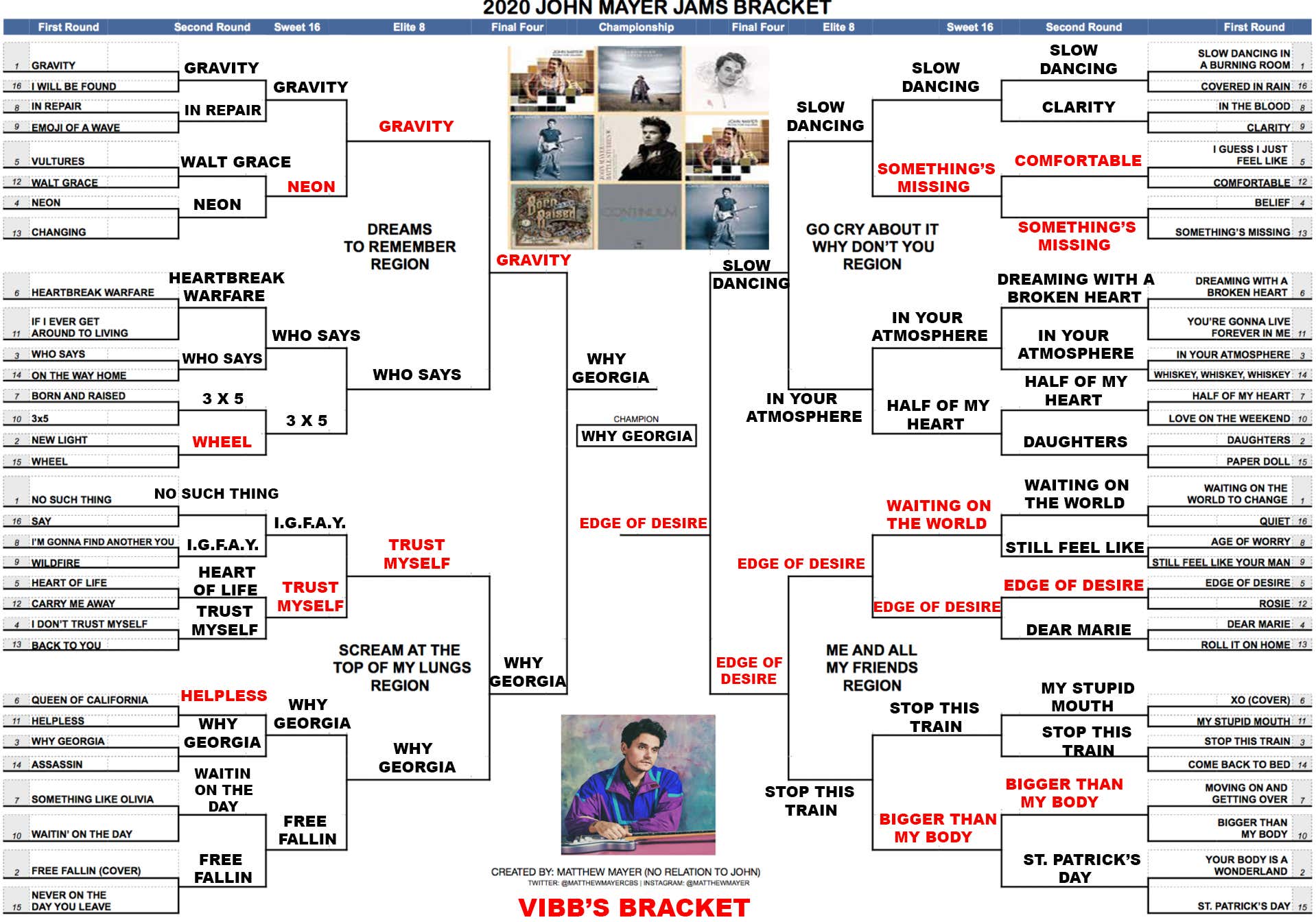 The creator of the data, Matthew Mayer, said the seeding for the songs was determined using a mixture of streaming numbers, recent concert set-lists with a dash of his own personal opinion.

Matt may have compiled a more scientifically sound bracket than the NCAA, because Trent and I didn't make too many John Mayer guitar faces in disgust while looking at the bracket. The only things that could have been adjusted are strength of the #3 seeds, and Covered In Rain only being a #16 Seed while going up against a heavily favorited #1 Slow Dancing in A Burning Room.

The hardest match up was #12 Rosie going up against #5 Edge of Desire. The more I listen to the Rosie, the better it gets. Not to mention that Rosie live takes the song to another level. I guarantee Rosie would have made a deeper run for me had it been up against any other song.