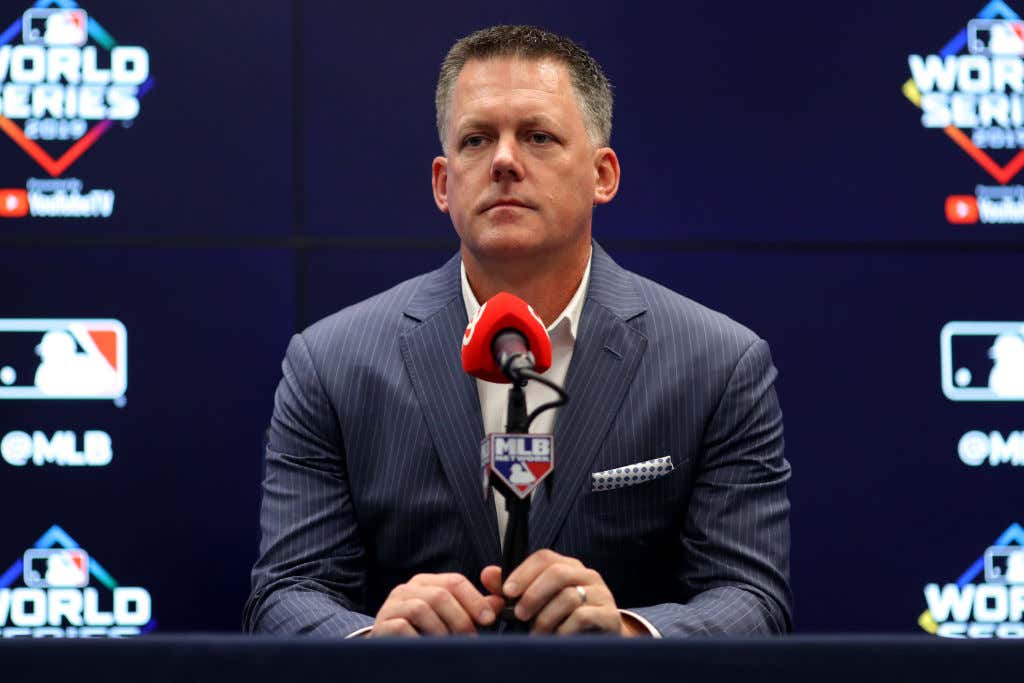 Former Houston Astros manager AJ Hinch and ex-Astros general manager Jeff Luhnow will fulfill their one-season suspensions for the team's sign-stealing scandal even if no baseball is played in 2020, sources told ESPN's Buster Olney on Thursday.

Hinch and Luhnow were given the one-year bans and subsequently fired in January following an investigation by Major League Baseball that confirmed the Astros had cheated by using a camera-based sign-stealing system during the regular season and playoffs of their World Series-winning 2017 season and during part of the 2018 regular season.

According to the wording from commissioner Rob Manfred's decision, both punishments end "following the completion of the 2020 World Series."

Now that is some bulllllllllshit. There's a very real chance that baseball doesn't get played this year. With that in mind, Rob Manfred has announced that both AJ Hinch and Jeff Luhnow will have their suspensions count this year despite possibly not missing a game the whole time. That is fucking ridiculous. So at the end of the day the punishment for cheating their way to a World Series will be a $5 million fine and the loss of a few draft picks? Got it. Cool. I'm sure that'll cause teams to stop in their tracks the next time they come across the next sure fire way to win baseball games in an unfair manner. Awesome job Rob! Just when we thought he couldn't handle this any worse he had to one-up himself! I mean seriously fuck off dude.

Also remember that the reason the Astros didn't have their title taken away was because Manfred believed the public shame was already a sufficient penalty. What public shame now? A few tweets and some spring training heckling? We didn't get a full regular season of booing, berating, harassing, and brawls. Odds are we get none of that and have to look at 2021 for any of that kind of retaliation. There's no way the anger will be the same a full year removed from this shit. We'll just be happy to see the sport of baseball back by then.

I'm pretty close to 100% certain that the Astros created the coronavirus.