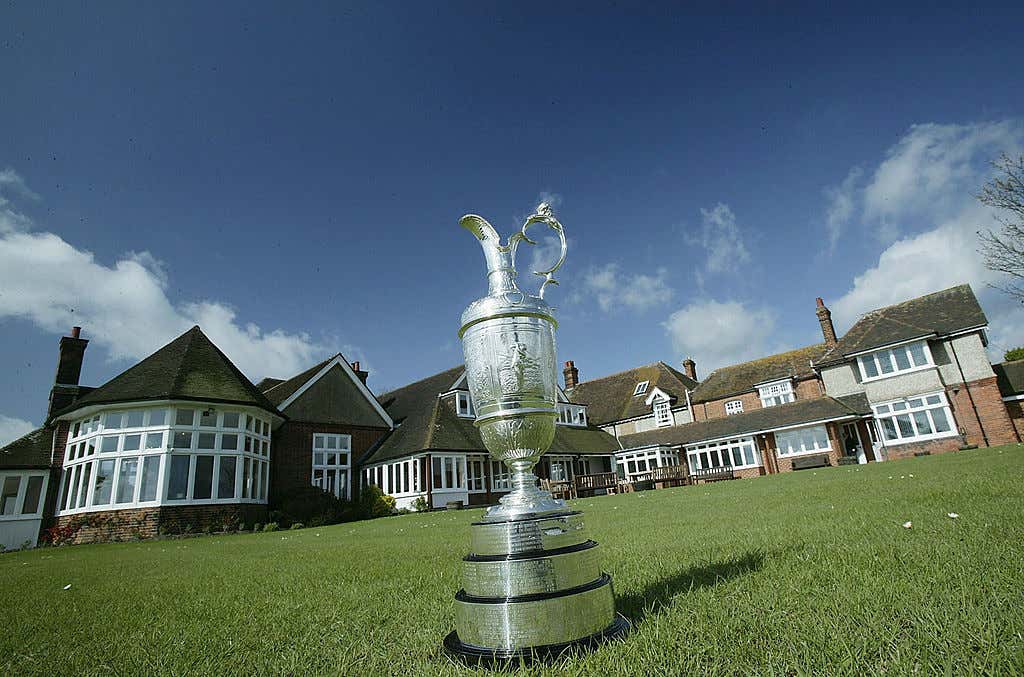 Golf Digest- The R&A is expected to cancel the 2020 Open Championship, multiple sources tell Golf Digest. The sources spoke on the condition of anonymity because they are not authorized to speak about the cancellation publicly. The decision, which could be announced as early as Thursday, comes after the All England Club canceled the Wimbledon tennis tournament (scheduled for June 29) on Wednesday. Sources told Golf Digest last week the R&A was awaiting the decision on Wimbledon before proceeding. The Open was set to be contested starting July 16 at Royal St. George's Golf Club, which would have hosted its 15th Open and first since 2011. The last time the Open wasn't played was in 1945 because of World War II. Part of the reason the championship is being canceled rather than postponed like the Masters and PGA Championship has to do with insurance, a source says. Similar to Wimbledon, the R&A has a policy that shields against a global pandemic, and a source indicated the Open would have to cancel by a certain date in order to collect on its insurance premium.

“The R&A is the most [insured] of all the tournaments,” a source said. “They have complete cancellation insurance. I just don’t see any golf [being played] before August.” Is is not expected the R&A would return to Royal St. George's in 2021 and instead would stick to its rota schedule. The Old Course at St. Andrews is slated to host the Open in 2021, with Royal Liverpool on the docket for 2022 and Royal Troon in 2023.

Not postponed, CANCELLED. Done.Finished. Finito. The 2020 Open Championship is not happening, according to sources. So when you're bouncing your grad kids on your knee (provided there is a world in the future to have grand kids and then bounce them) and they ask you, "Grandpa who was the Champion Golfer of the Year in 2020?" all you will be able to do is stare off into the the distance for a full 30 seconds as you think about how fucking CRAZY it was when the coronavirus shut down every major sport in the world and cratered the economy and forced millions of people to be without jobs then quietly respond, "No one." Because the reports are that they're just gonna flat out cancel the damn thing. Not postpone it like all the other majors and hope to play it later in the year, the R&A is cutting the cord today (allegedly, still not confirmed but reports are that an announcement could come as soon as today). This is the 4,936,275th reminder that we are living in one of the craziest time periods ever.

And yes, I know one of the reasons for cancelling the tournament so far in advance has a lot to do with the insurance that says You Have To Cancel By This Date In Order To Save Money but that doesn't make it any less crazy. We're still living in a world where the R&A decided to pull the plug on the Open Championship in April because so much coronavirus-infested shit has hit the fan recently. If the reports are true, there will be no Open Championship in 2020. Imagine someone even thinking about saying that to you two months ago. Incomprehensible.

Silver lining? The John Deere Classic might have the strongest field ever if things calm down by July and the JDC is allowed to be played. The one and only reason the JDC has a historically bad field (0 for 50 on top 50 players last year) is because it's always a week before the Open Championship. Meaning golfers playing in the Open prefer to already be across the pond during that week before preparing for the tournament. So the JDC gets fucked outta top tier golfers coming to Silvis, Illinois. But guess what? Now there's no Open Championship this year. It'd be a real shame for the h8ers of the JDC (Riggs and Frankie) if it was one of the first tournaments back post-coronavirus and it became a must-see event. A real shame indeed.