What's happening man? I'm serious. What the fuck is happening out in the world? Something's fucked up. Not only is the entire planet locked down because a mysterious virus has forced us all inside for the foreseeable future but now we've got OJ Simpson commenting on Tiger King. Isn't there a theory out there that the Mayan calendar was actually correct and that the world did in fact end in 2012 and now we're living in a hell-like simulation or some shit? It's something like that. Well I buy into that theory (that I might've just made up/combined a bunch of different theories into one) more and more every day. Shit has simply gotten too crazy out here for it to be real. Things get stranger and stranger every day.

I mean has there ever been a more Pot, Meet Kettle moment than OJ SIMPSON implying that Carole Baskin murdered her significant other and got away with it? I'll answer my own question, no there has not been. Not even close. OJ had to know him commenting on someone murdering their significant other and getting away with it would throw the internet into a frenzy. There's simply no way he's so out of touch that he just decided to comment on something that is directly related to his own life. He's even wearing a glove in the video! 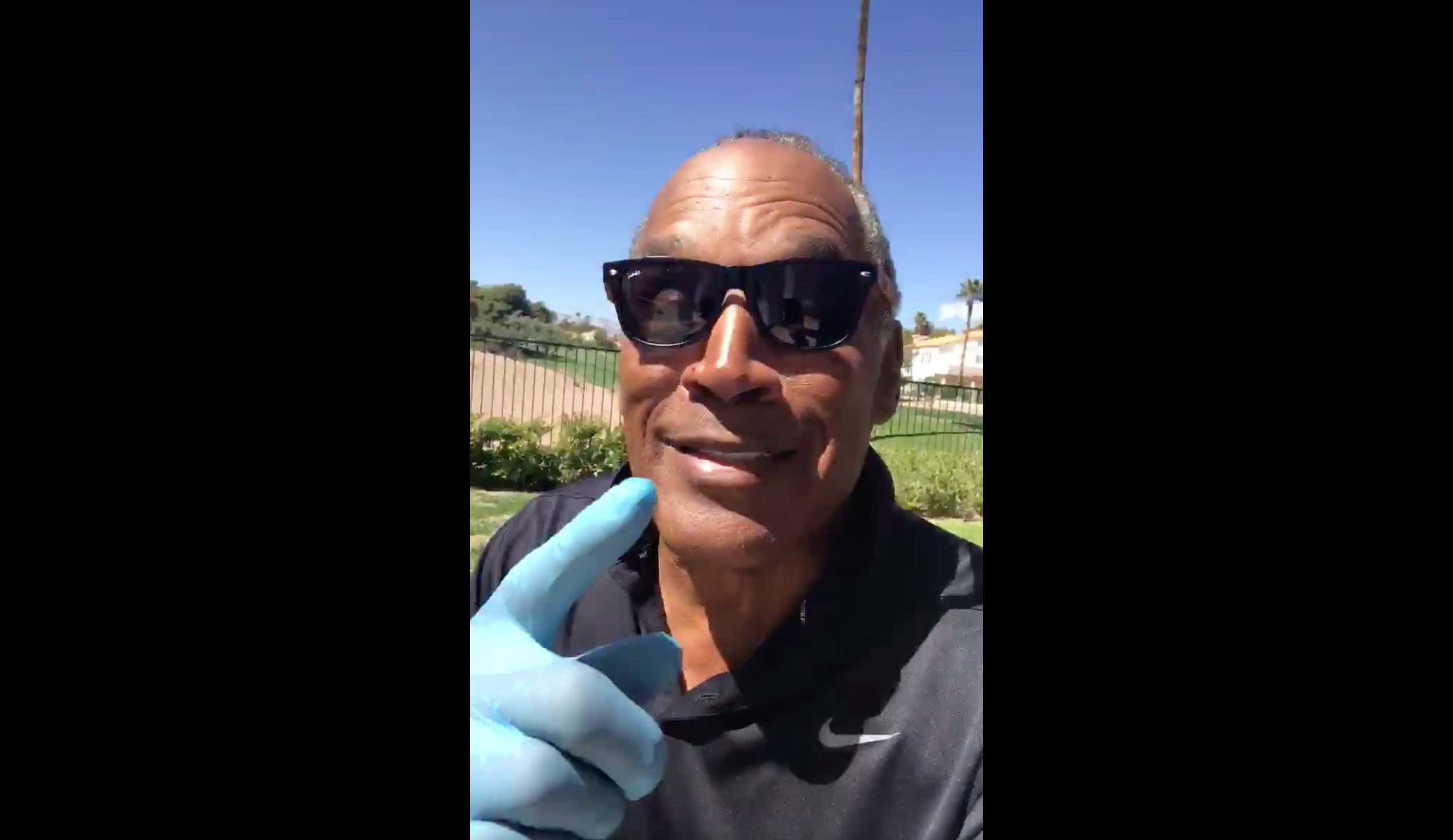 I know we're living amidst coronavirus mania but that can't be a coincidence. Even his chuckle at the end of the video screams, "ha ha ha ha I feel ya, Carole Baskin. I'm just like you. Feeding your husband to the tigers? *chefs kiss* Well done." By the way, as if there was any doubt, OJ just confirmed what we already knew and that's that Carole Baskin 100000000% murdered her husband and fed him to the tigers. OJ knows a killer when he sees one.