We have gone from 64 wrestlers down to eight. We have winnowed the field and are now left with truly what is the cream of the crop. The creme de la creme. The best of the best. It is time to see who the first two will be to clinch Final Four berths this evening, but first, let's look at how we got here in each region. 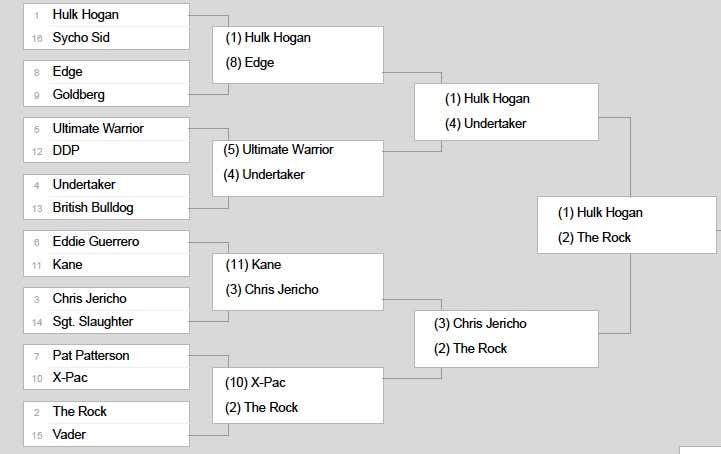 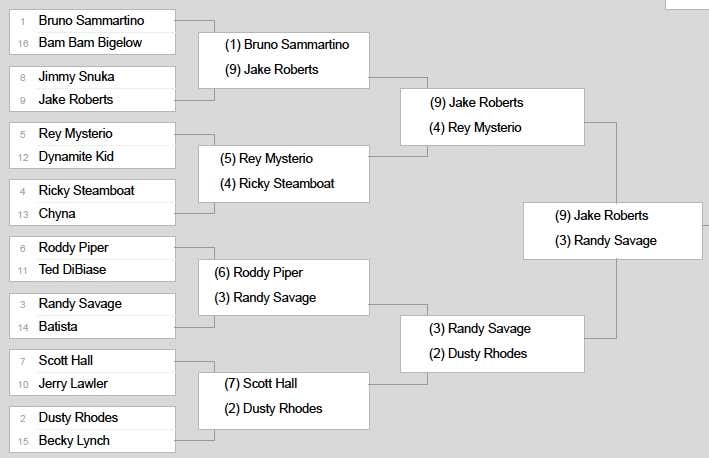 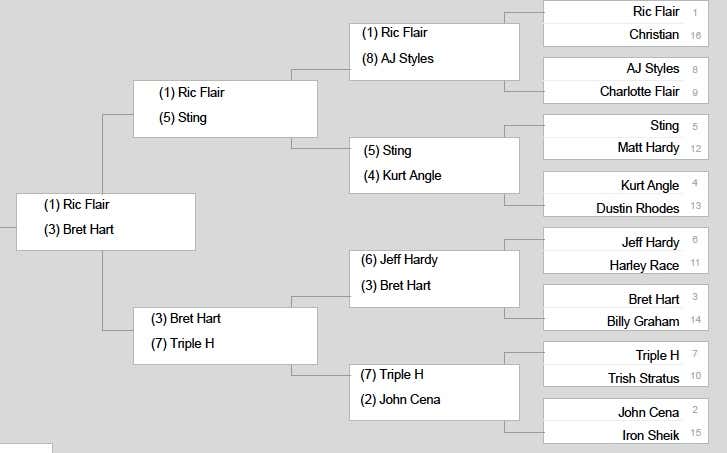 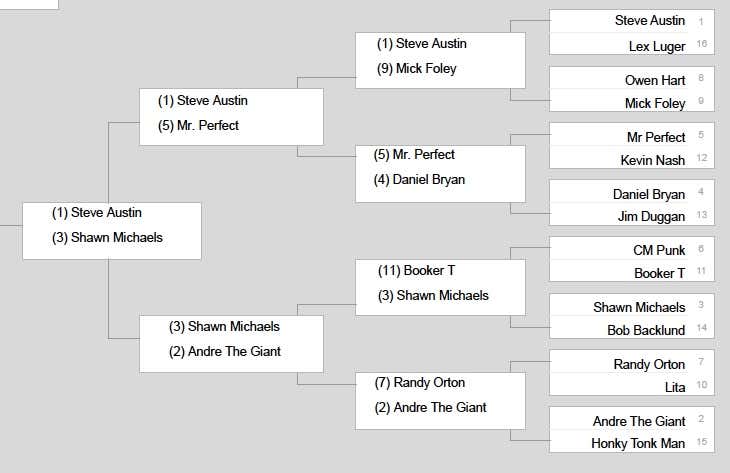 So, that is how we got here. Now let's move on and punch two tickets to the Final Four from the Hogan and Flair Regions.

Listen, I'm not going to get mad if you vote for either of these guys. They're both legendary figures in the industry, they're both incredible, all-time entertainers, and they're both two of the absolute best to ever do it. I suppose, I would lean to Hogan here because of the longevity and the fact that he not only lifted the business once but did it twice and the second time as a heel. I think his body of work over all is just better, but as I said I get voting either way here. Just do me a favor and watch this match between the two, because it's fucking amazing.

Again, I don't have a problem with anyone going either direction here. Flair is the sixteen time champion of the world, an innovator in the business and a man so committed to his gimmick that he still lives the damn thing to this day. My slight lean might go to Bret here, just because of what an incredible worker he was. Bret Hart matches could make you believe wrestling was real. His moves all looked real, his ability to sell pain and exhaustion was incredible and everything was, of course, excellently executed. Take a look at Hart winning his first world title, which just happens to be by beating, Ric Flair.