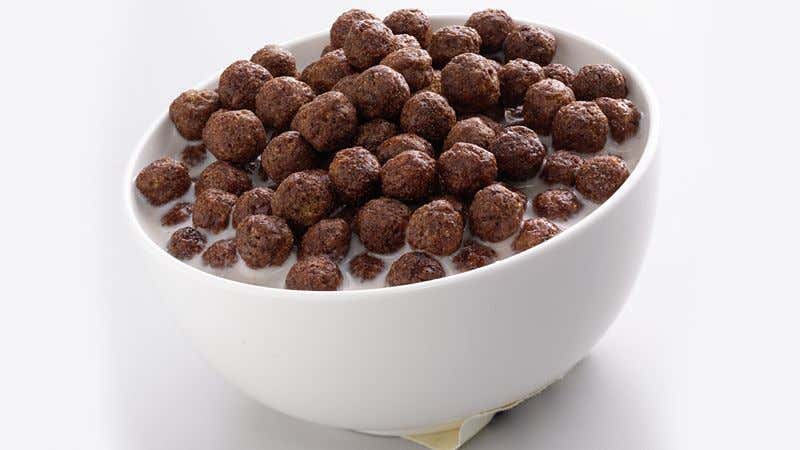 I had this idea a few years ago but for some reason it appears as if the dorks over at General Mills hate making money and never took me up on it. Oh well, their loss. But as it turns out, nobody has taken me up on the idea so there still remains a massive hole in the market that needs to be filled. The year is 2020 and it's been an absolute dog shit year so far. What better way to turn our fortunes around and really blast ourselves into the roaring twenties than by finally being able to crack open a nice cold bottle of Cocoa Puffs Chocolate Milk? You need it, I need it, America needs it.

I've been a big time member of the choccy milk squad my whole life, but I've been on a huge bender so far since this quarantine got going. It is one of nature's most finest beverages. The fact that regular milk is still in existence even after the creation of chocolate milk just doesn’t make any sense at al. It’s evolution, survival of the fittest, that whole thing. Chocolate milk is Netflix, regular milk is Blockbuster. End of story. The only reason for regular milk to still exist, in my expert opinion, is simply for the construction of Cocoa Puffs chocolate milk.

Sometimes I’ll eat a bowl of Cocoa Puffs just so I can have the milk afterwards. And the fact that nobody has decided to figure out a way to bottle up Cocoa Puffs infused chocolate milk yet leads me to believe that the milk industry is operated by a bunch of moronic, brainless, dickless losers. You want to know why the dairy industry is losing the fight to almond/soy/whatever else kind of science lab milk they're making these days? It's because they don't have what it takes to hit the nuclear switch here and bring in the CPCM. You start bottling that and soy milk can go straight to hell. We're talking about a trillion dollar industry just sitting there and waiting to explode.

If you want to jumpstart the economy here, this is the answer. Do you have any idea how quickly every grocery store in the USA would sell out of that shit? Probably before they’re all even put into inventory. I’ll buy a 2 gallon every damn day of the week, twice on a Sunday through Saturday. So if you work for Cocoa Puffs/General Mills and you’re reading this, well then this is your final offer. I gave you the idea like 6 years ago and you did nothing with it. Don't let history repeat itself. Don't just sit there and do nothing. You can save this great nation of ours just one bottle of Cocoa Puffs chocolate milk at a time. Be the change you wish to see.