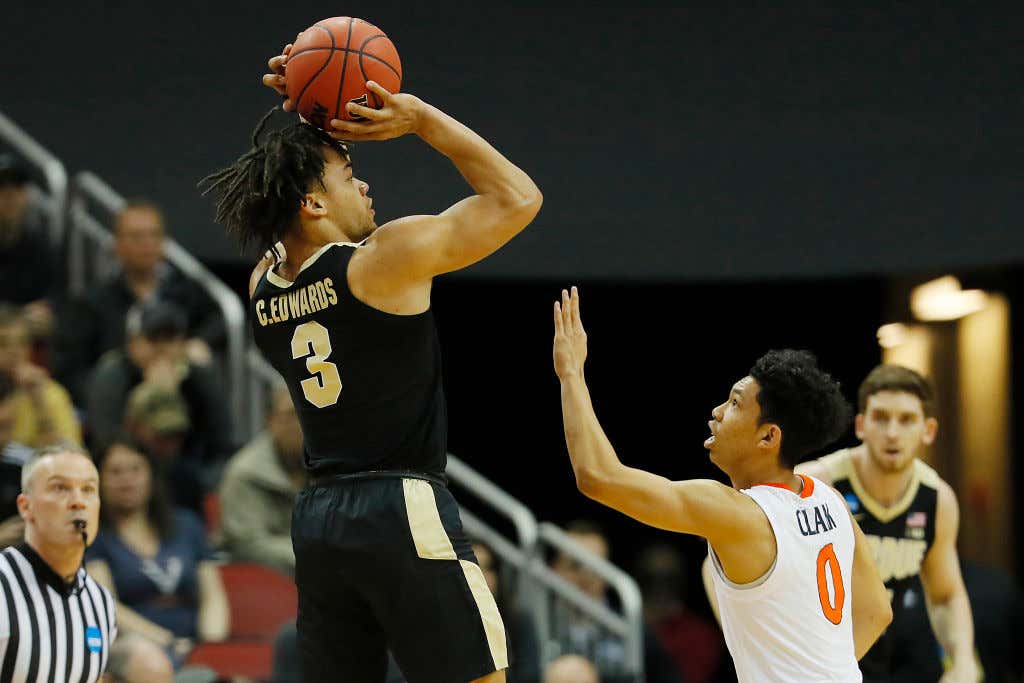 Remember March Madness? That was always a lot of fun to watch even if you didn't have a dog in the fight. Well, did you know on this day one year ago Carsen Edwards went absolutely nuts in that epic game against Virginia? I'm talking about 42 points on 14-25 shooting (10-19 from deep)

I know I'm not a huge college guy, but last time I checked the Virginia defense was pretty damn good last year. Ultimately it all ended in a brutal 80-75 OT loss, but Edwards was insane in that game. Shit, he took nearly half of their shots (25 of 55 FGA)! In my brain this was the run that convinced Danny Ainge he had to have Carsen. He went on to average 34.8 points in the tournament, dropped 26 against Old Dominion, 42 against Villanova, 29 against Tennessee and then 42 against Virginia. In his last three games he made 24 3PMs. One of the greatest individual scoring runs in recent NCAA Tournament history I would imagine.

Fast forward to this season and it's been nothing like we imagined as Celtics fans. Mostly because Carsen doesn't really play on a team that DESPERATELY needs back up point guard minutes, but when he has played it hasn't been all that pretty with 32/30% splits. It's early, guys get comfortable in the league at different speeds and honestly all this team needs is for Carsen to be a sparkplug off the bench. A lot of that has to do with confidence and the only way he's going to get more confident is if he plays. That's why this hiatus stinks, maybe Carsen could have gotten some of that confidence down the stretch in meaningless games as we rolled into the playoffs.

Sure would be cool to be able to watch this year's tournament right about now and see someone else go nuts in the later rounds. God dammit.