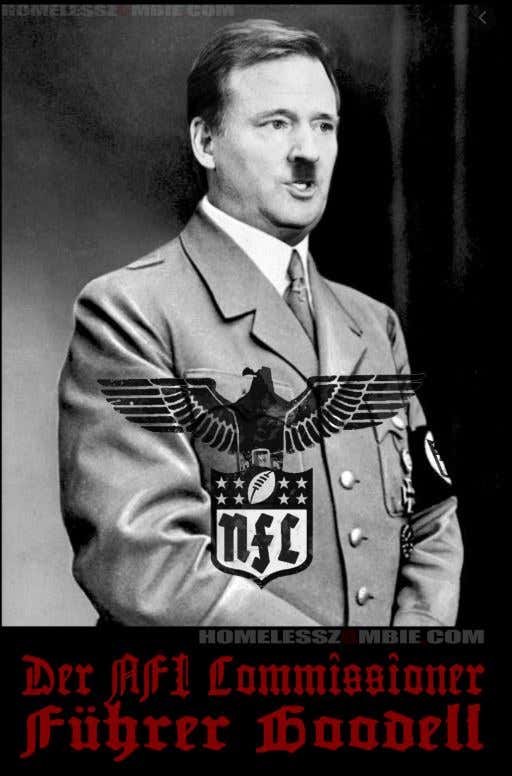 PFT – Commissioner Roger Goodell’s Thursday night memo to all teams made it clear there’s no benefit to be obtained from publicly arguing for a delay in the draft. The memo also made it clear that there’s a very real downside. “The [Management Council Executive Committee] was also clear, and I share the Committee’s view, that public discussion of issues relating to the Draft serves no useful purpose and is grounds for disciplinary action,” Roger Goodell wrote to all teams in the memo, a copy of which was obtained by PFT. In other words, anyone who would be tempted to echo concerns recently raised by Saints G.M. Mickey Loomis or Broncos G.M. John Elway should resist. Anyone within the league who chooses to go on the record to criticize the league’s decision to proceed with the draft as scheduled on April 23-25 will be subject to punishment.

Good old I mean Shit why does Goodell keep auto-correcting to Hitler when I type it in? Anyway speaking of Hitler, Hitler seems like the type of guy who would defiantly hold the NFL draft in the face of a raging worldwide pandemic and say that anybody who raises any objections or would like to discuss the safety of everybody involved will be injected with the virus and left to die.

Now as far as Roger Goodell goes I guess you could say he’s acting exactly how Hitler probably would have  acted here? Not my words…just reading the blog.