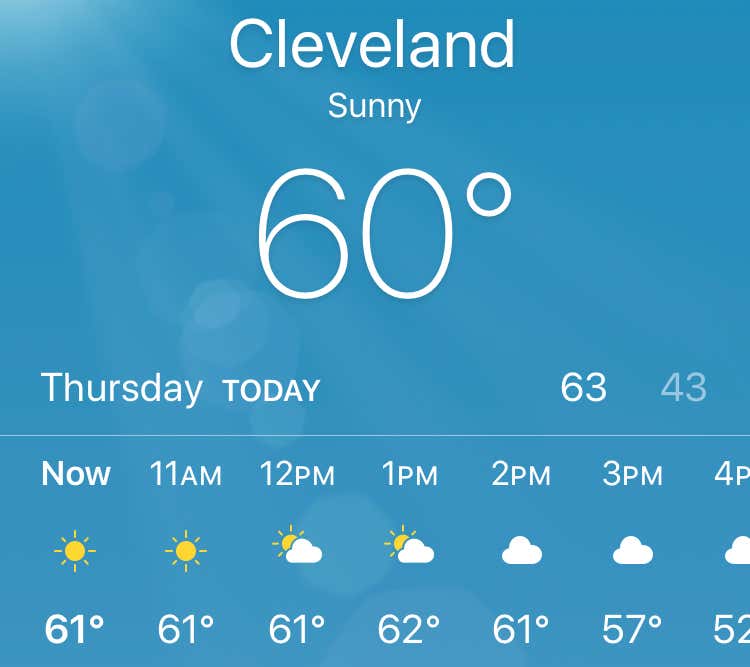 Ouch. That hurts. I know that everyone and their mother is on the internet right now telling the world how sad they are that Opening Day was supposed to be this afternoon, but I just find this to be an extra hard kick in the balls that it's so nice out in northeast Ohio right now. This has to be the nicest weather in Cleveland history for March 26th. It's DEFINITELY the nicest weather in Indians opening day history. Remember when we got snowed out when we were 1 out shy of an official game in 2007? 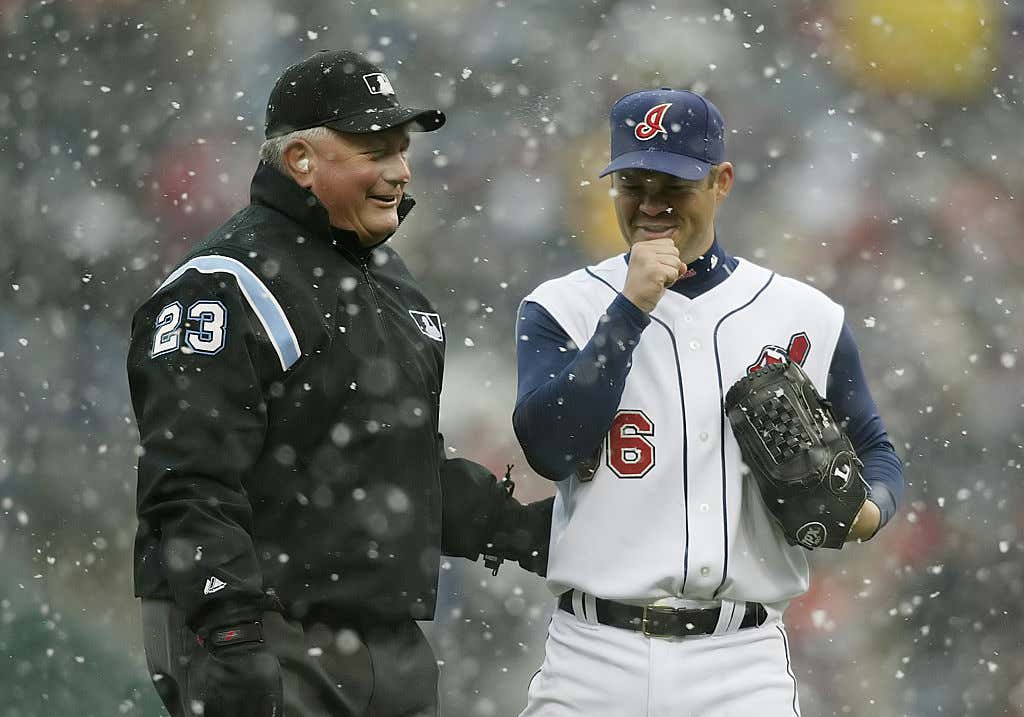 That was on April 7th. This 12 days earlier than that. The people that bought tickets for today's game knew going into it that it they were going to freeze their ass off. It's been the talk of the town since the schedule got released. Why would Cleveland host a series beginning on March 26th? But you know what, we still bought the tickets. I still bought the tickets. Knowing damn well how miserable it was going to be sitting out there next to the lake in 30 degree weather.

But to wake up this morning and see that God blessed us with 62 degrees and sunny? On the one time where Opening Day is cancelled? That hurts, God. I thought you weren't supposed to kick a man while he's down.