OHHH HIGH SCHOOL FRANKIE B AS A 10-YEAR-OLD BOY IN THE HS BASEBALL LOCKER ROOM DOING IT TO 'EM!!!  And look at him now as a 12-year-old boy absolutely dominating people in baseball.  And by baseball I of course mean, the MLB The Show Barstool League: 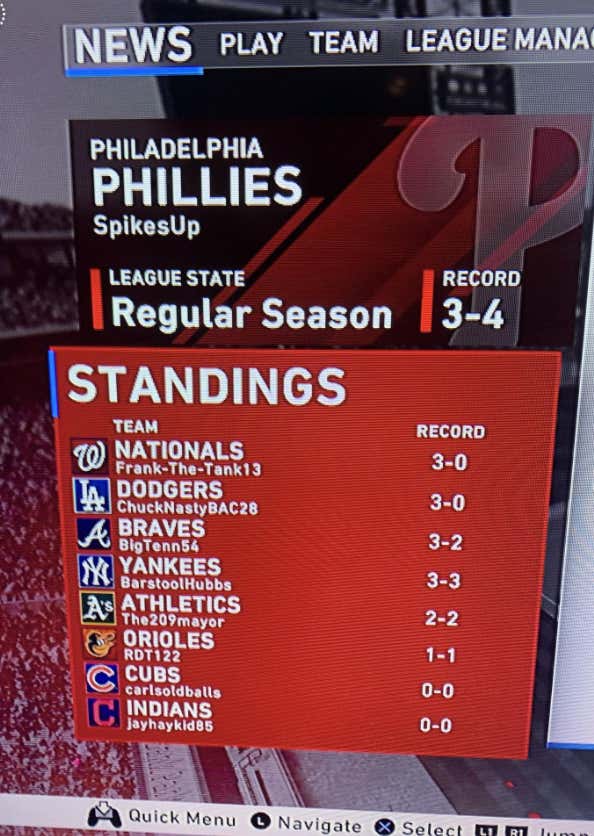 See, that's him as "Frank-The-Tank13" for some reason.  Why Frank The Tank?  Nobody knows.  But Frankie is absolutely SLAYING everyone in this Barstool MLB The Show League so far, and I, for one, won't have it.   Frankie and the entire league is going live right now on Barstool Twitch, Starting 9 YouTube, Short Porch YouTube, and other spots.  Tune in and set lines for victory.

PS - Frankie is actually decent at real baseball, at least when he wants to be.  And when he doesn't get down and dirty in a slow-pitch intramural work league coed softball game, he doesn't want to be decent.