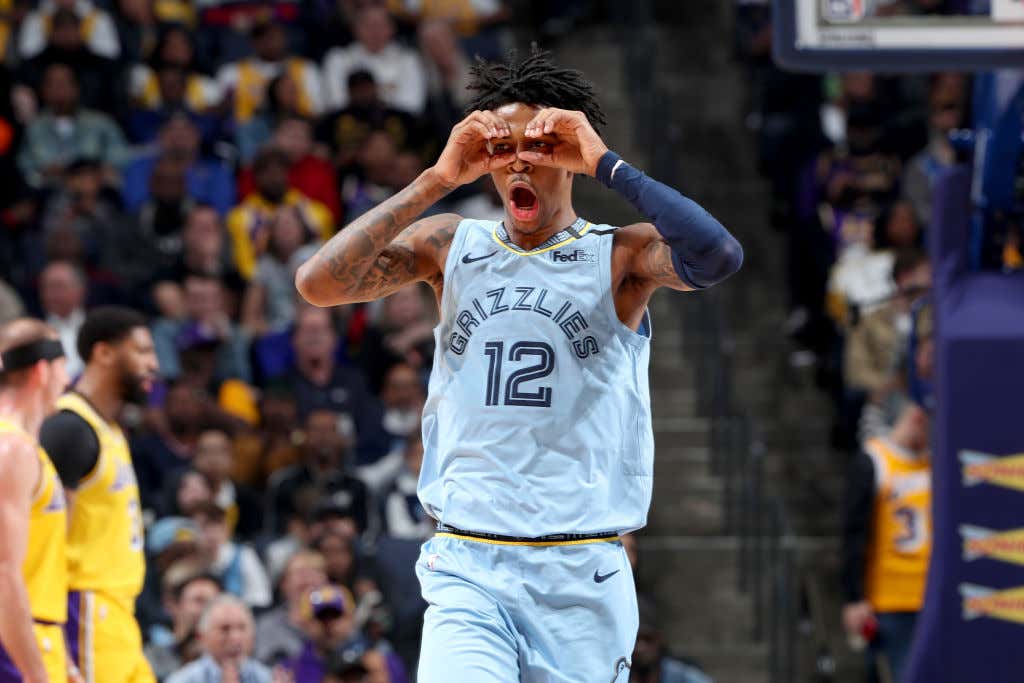 Just like the MVP race that in reality wasn't all that close in the latest polling, the same thing can be said for the ROY race between Ja Morant and Zion. Once Zion came back and proved to be the monster we all thought there was speculation that maybe he could steal the ROY from Morant if the Pelicans somehow passed the Grizzlies for that 8th seed. Well that's not going to happen, and in the latest ESPN survey Morant walked away with a perfect 350 points making him the unanimous ROY. It makes sense, Morant has been dominant pretty much since Day 1, averaging 17.1/3.5/6.9 on 49/36% shooting. There was obviously hype surrounding him when he got drafted, but I think it's OK to admit that maybe in reality he's even better than we all thought. He has the Grizzlies at 32 wins through 65 games which is impressive when you realize they won just 33 games in 82 games last year. They added this type of talent to their roster and are instantly in the playoffs. That's pretty rare, especially as a young team in a loaded West, but that's just how good Morant is.

I feel safe in saying he is is rapidly approaching "must watch" status whenever there is a Grizzlies game on, and that's not hyperbole. Every night it seemed like he was doing more and more ridiculous shit. He plays fearless, he's creative, he talks shit and backs it up, there's almost nothing not to like about the kid. He's going to dominate the NBA for a long time there's no doubt. So spend some time this morning reliving some of his best moments from the season, and remind yourself he's 20 fucking years old.