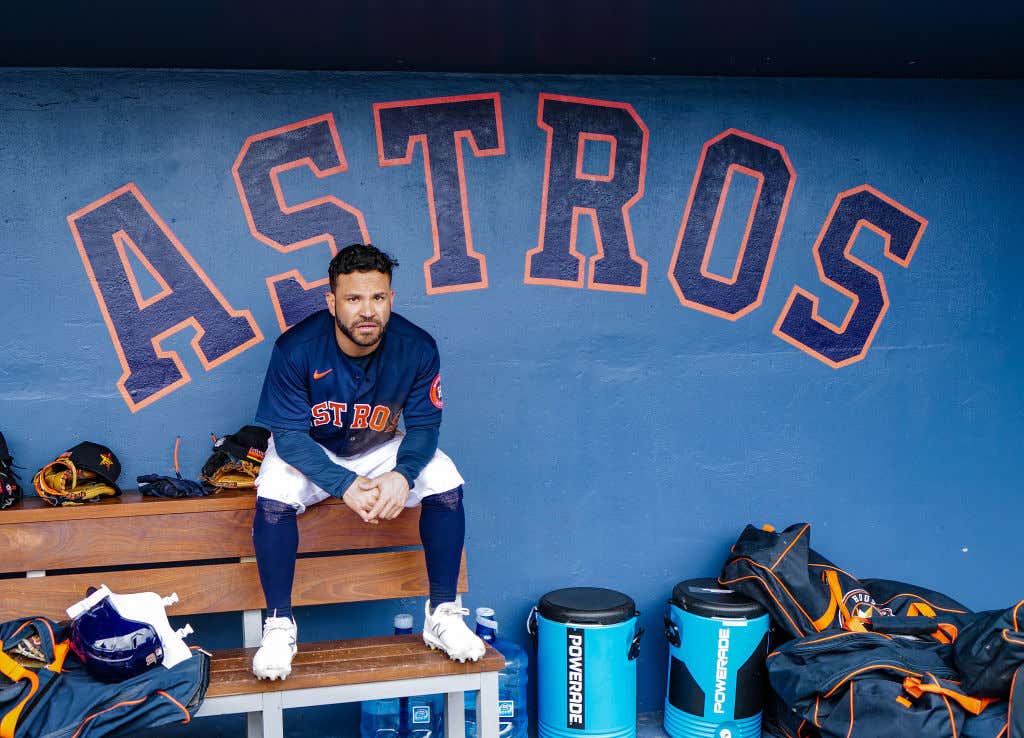 The Houston Astros sincerely apologized for the sign-stealing scandal, the team argued in court papers filed late last week, while contending season ticketholders suing the club over the issue have no case.

The team’s legal responses, each identical and filed Friday in three separate cases in Texas state court, are the first reply from the team to the litigation.

“The ‘sign-stealing’ controversy has been a source of great disappointment to Astros fans as well as to the Astros organization,” the team’s lawyers wrote. “On several occasions, members of the Astros organization – including individual players and its Owner, Jim Crane – have expressed their sincere apologies and remorse for the events described in the report by the Commissioner of Major League Baseball.”

So the Astros are still being sued by their owns fans. Pretty hilarious when you think about it. Not only are they fighting the rest of the baseball world with their cheating scandal, but their own blood wants a piece as well. The Astros official stance in court to fight their own fans' case is that they sincerely apologized and are remorseful. Water under the bridge, let's move on folks! What part about 'sincerely apologized' am I blanking on? Let's refresh our memories and see if we missed some things, shall we?

Let's start at the top, owner Jim Crane. The first day that Astros players reported to Spring Training Crane sealed off the parking lot from the media and said that the players were unavailable for comment. Sincere apology rating 0.0/10

The next day Jim Crane addressed the media along with Jose Altuve and Alex Bregman. Crane read off of a piece of paper the entire time and uttered absolute bullshit to the world. He then took questions and said in his opinion their cheating didn't impact the game. I guess the whole 'know the whole knowing what every single pitch was' didn't in fact impact the game. He then contradicted himself 55 seconds later. Sincere apology rating -1003.5/10

What about Jose Altuve and Bregman?

Well Bregman met with the media first during the Astros fan fest event. Being the leader he is and the clear outspoken member of the team on all matters, surely he addressed the scandal head on and took responsibility.

No, his response to every single question was "the commissioner made his report" as he mocked the entire situation. Sincere apology rating -1034.6/10

Jose Altuve also spoke at the Astros Fan Fest. Instead of using the time to apologize for everything, he chose to say this is going to fuel them to win another World Series and prove people wrong. Ahhhhh the classic us against the world strategy after you got caught in the biggest cheating scandal the sport has seen in decades. Not great.

Altuve and Bregman addressed the media together at the Jim Crane spring training press conference after botching it days prior at Astros Fan Fest! Finally Bregman and Altuve "apologized" after Jim Crane read off a piece of paper. They spoke for a combined 65 seconds and took zero questions.

Jose Reddick said he didn't need to apologize to his friends around the league because he didn't feel it was necessary. Got it.

Justin Verlander accepted the Cy Young award and made fun of the Astros being technologically advanced in front of various players and media members.

Carlos Correa pretty much called out everyone who has said a bad thing about the Astros and said they don't know the facts even though all of the facts he denied are out there.

Well actually when you think about it, the only people who have sincerely apologized for the cheating are those who are no longer on the team anymore. I'm talking about Mike Fiers, JD Davis, Charlie Morton, Dallas Keuchel, Jake Marisnick, and Marwin Gonzalez. Those guys actually feel bad and can publicly admit that they cheated their way to a World Series ring. None of the current players have come close to doing that.

I understand the Astros probably aren't going to lose this fight with their own fans in court because the legality of it is tough to get around, but to say they've sincerely apologized is just asinine. Any competent lawyer in court can show the evidence presented in this blog and win that argument in court. I did this one pro bono for you guys. Don't worry about it, you're doing God's work. Don't thank me, thank you.