Okay, so not the greatest of circumstances right now. Hell, I’ll be the first to admit that. But as the commissioner of Mike Mikeness and someone who's always just looked at maps or played Sporcle quizzes for fun, I’d like to think I’m thriving more than most men in this post-sports apocalyptic world.

Not trying to throw a single square inch of shade, but is there anything more pathetic and embarrassing than the people curating and caring about those computerized simulations to determine who wins athletic events like March Madness? You’d be better off bobbing for onions or trying to finish a puzzle with tongs and an oven mit. Deal with the cancellation of sports like an adult and stop living in a fantasy world of meaningless algorithms, you fucking dweebs. Luckily, for Mikes and fans of Mikes, Mike Mikeness is not only still very much alive and well, but it’s only just getting started. Let's take a look at some first round results. 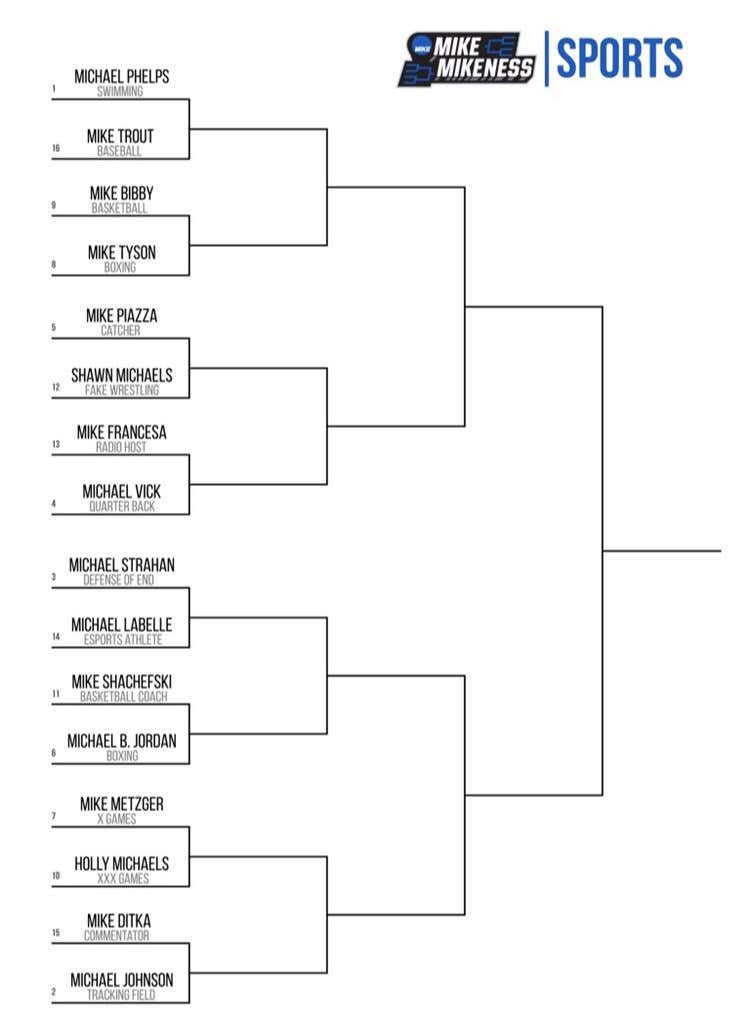 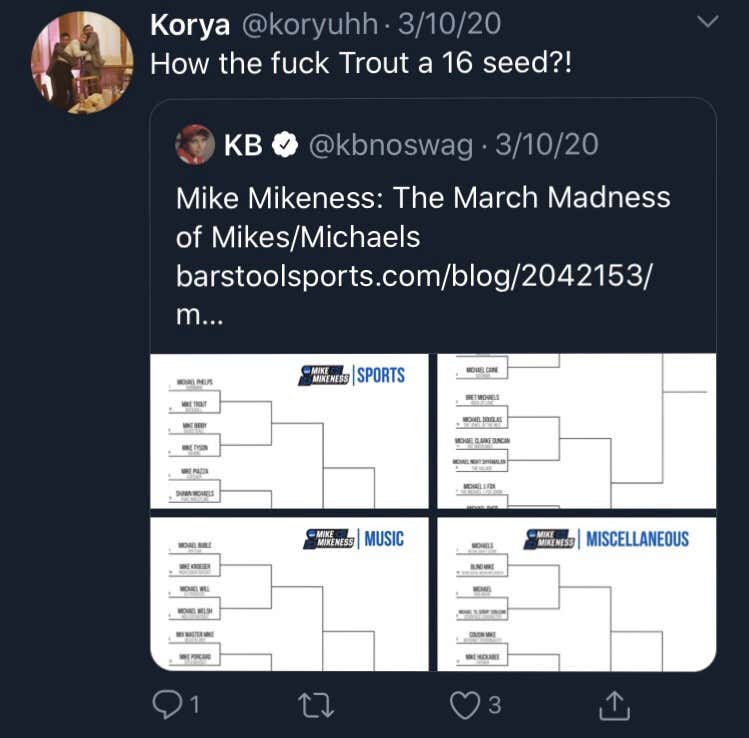 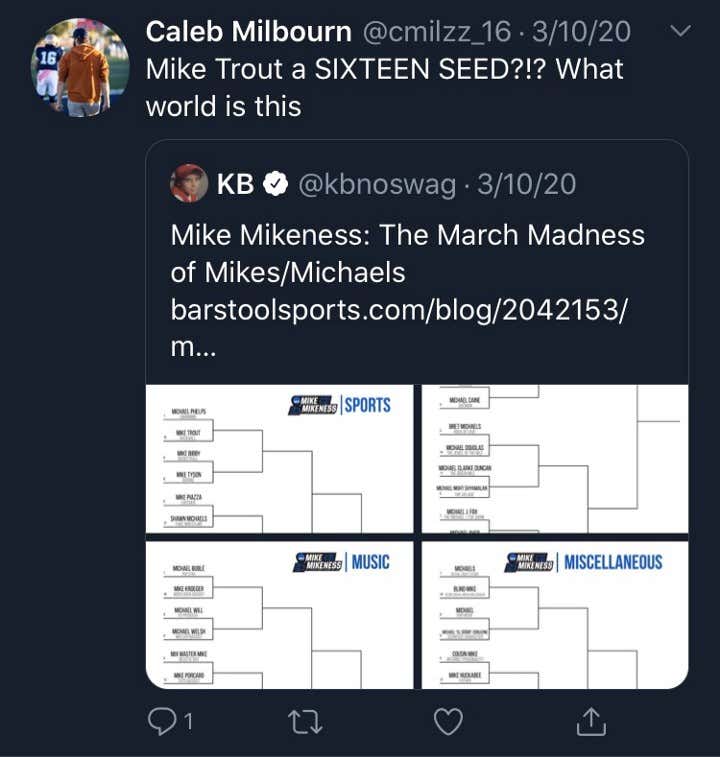 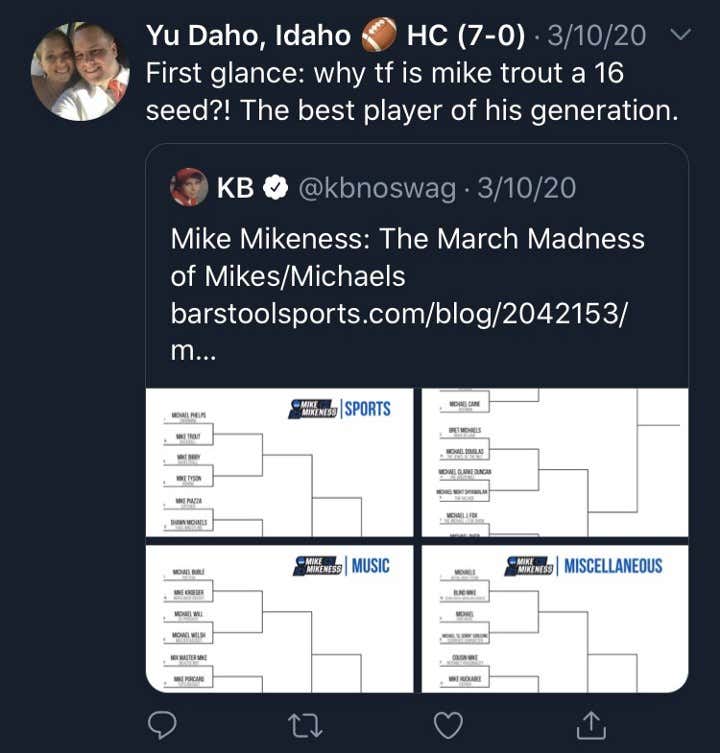 Nothing against Trout. Kid's got talent and a bright future. Hell, I wouldn’t be surprised if he makes a case for a hall of fame bid one day. But his fanboys aggressively crying and whining in my Twitter mentions was a fast track pass to a disqualification. Your JV pitching coaches and Jamba Juice managers might tolerate that behavior, but the Mike Mikeness committee does not. 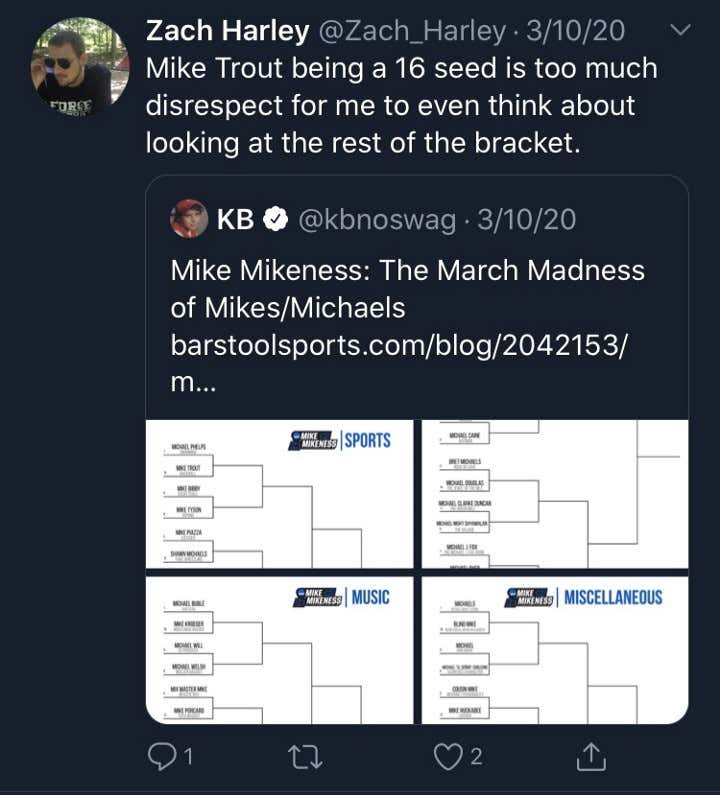 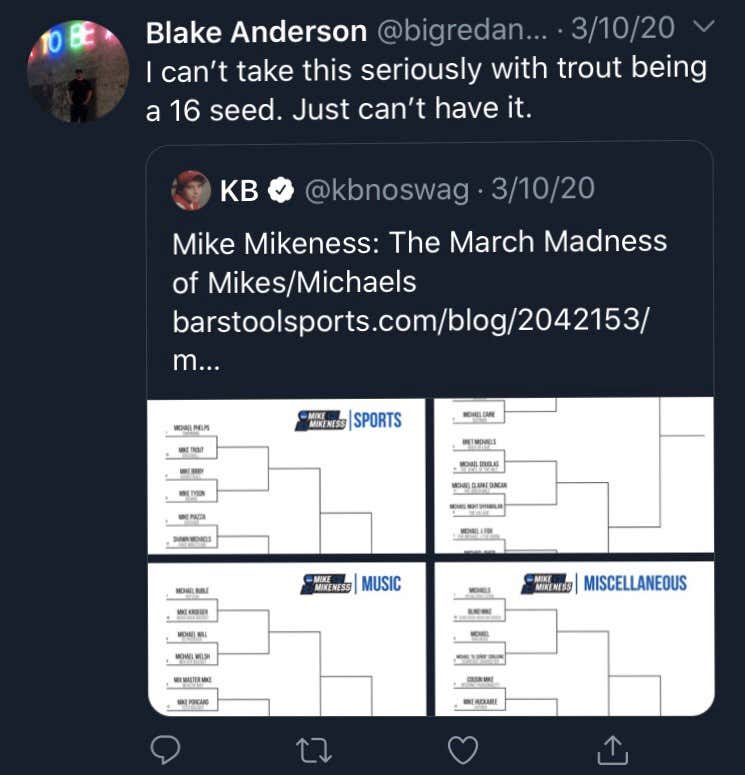 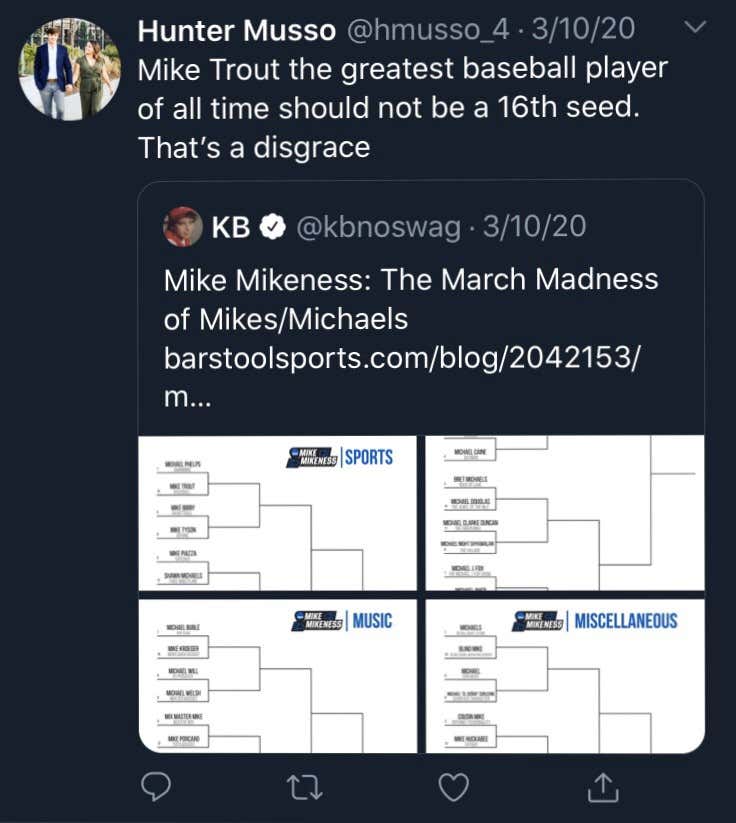 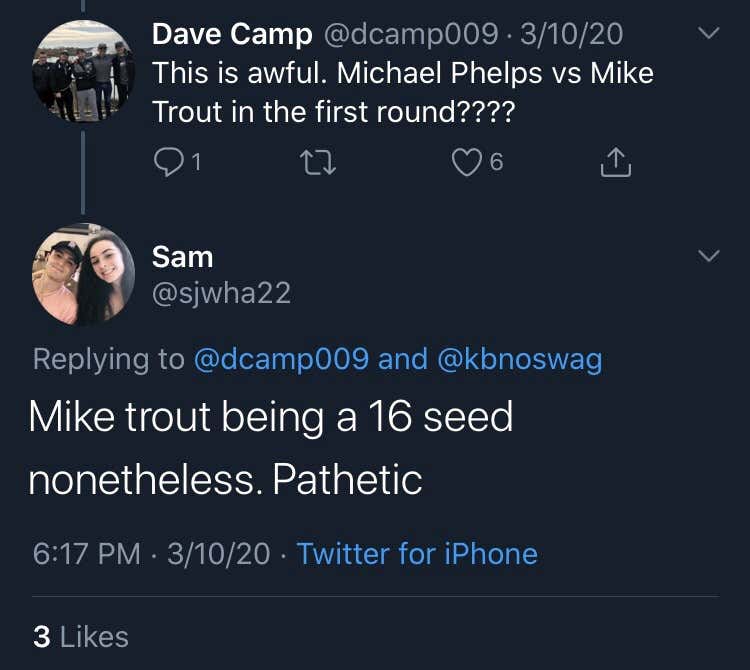 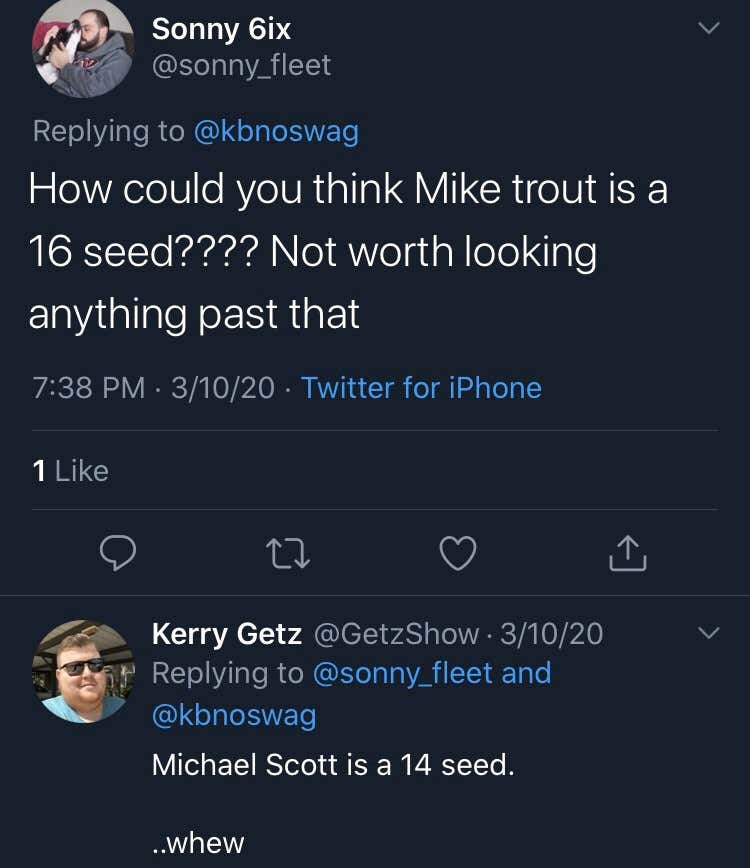 A lot of people were complaining that Mike Tyson wasn’t included in the TV/Movies region for his stellar role in The Hangover, but the fact of the matter is that he was also an above average athlete. Bibby’s never made it past the first round of Mike Mikeness (suffered a heartbreaking loss to Al Michaels last season), but he seems to be improving and showing more and more tenacity each year. Speaking of tenacity: 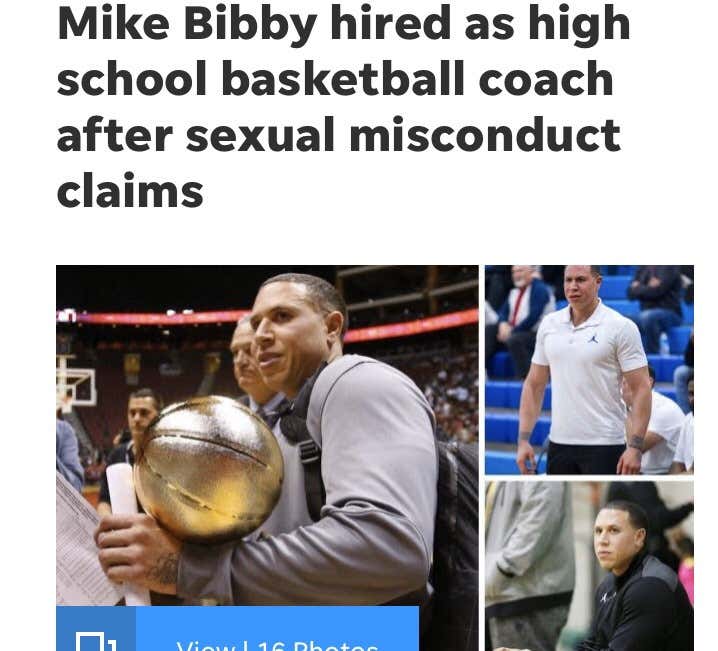 Tyson: I’ll fuck you till you love me faggo*

Poignant and interesting verbiage for sure. But a weird, conflicting combination of really aggressive, really homophobic, and, well, really gay.

Michael Bibby telling a random white kid at the airport to suck his dick is exactly what separates him from so many of the other great Mikes. Simple, straightforward, perfect attack. I can almost guarantee it was warranted too. Teens are always acting up and getting out of hand at airports. This kid was probably hogging three electrical outlets for himself or blasting iSpy by Kyle on his Beats Pill at 6am. I searched the name “Mike Bibby” on Twitter and that tweet was the first result that popped up, which leads me to believe he’s done this before. Incredible. 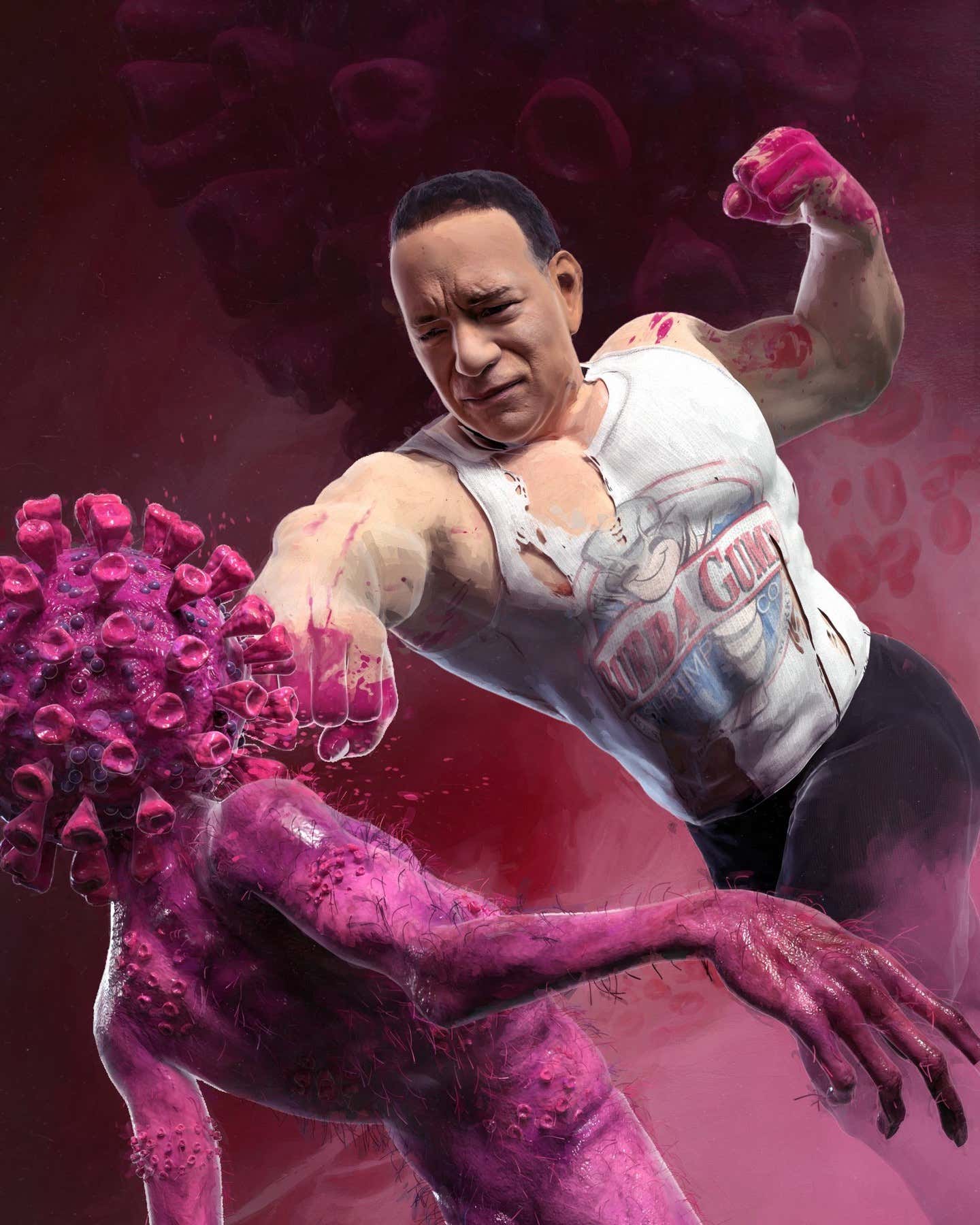 Two legendary athletes and stand up dudes. Almost impossible to decide who had a better career because they competed/acted in such vastly different sports. This means we’re heading to overtime. 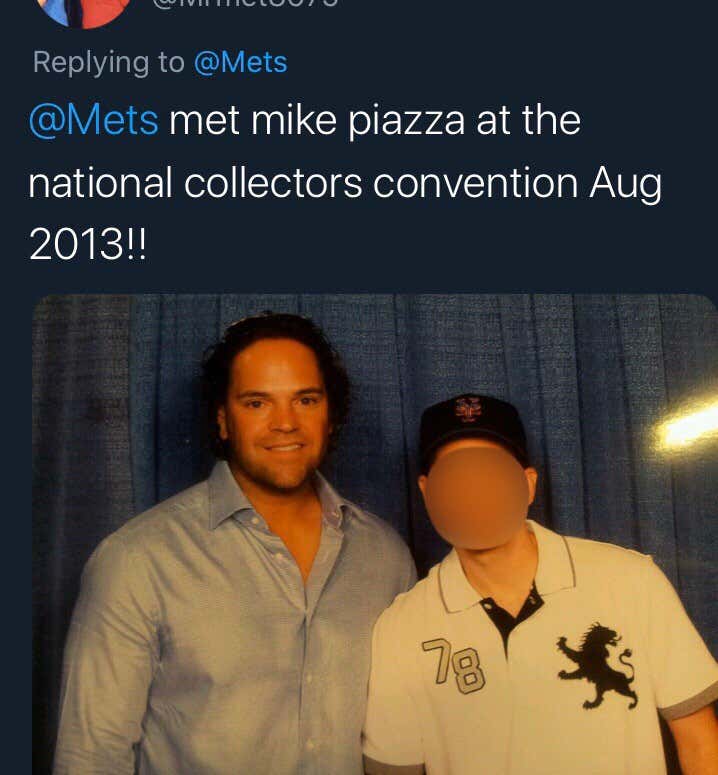 Okay okay. Seems like he made a ~30 year old man’s day with this rendezvous. Enough to justify a pair of exclamation points and a tweet at the Mets official account. However, Mike looks like a fresh captive who was forced to pose with another captive who’s already been starving in the basement for a year. Act like you’ve been there before, Mike. 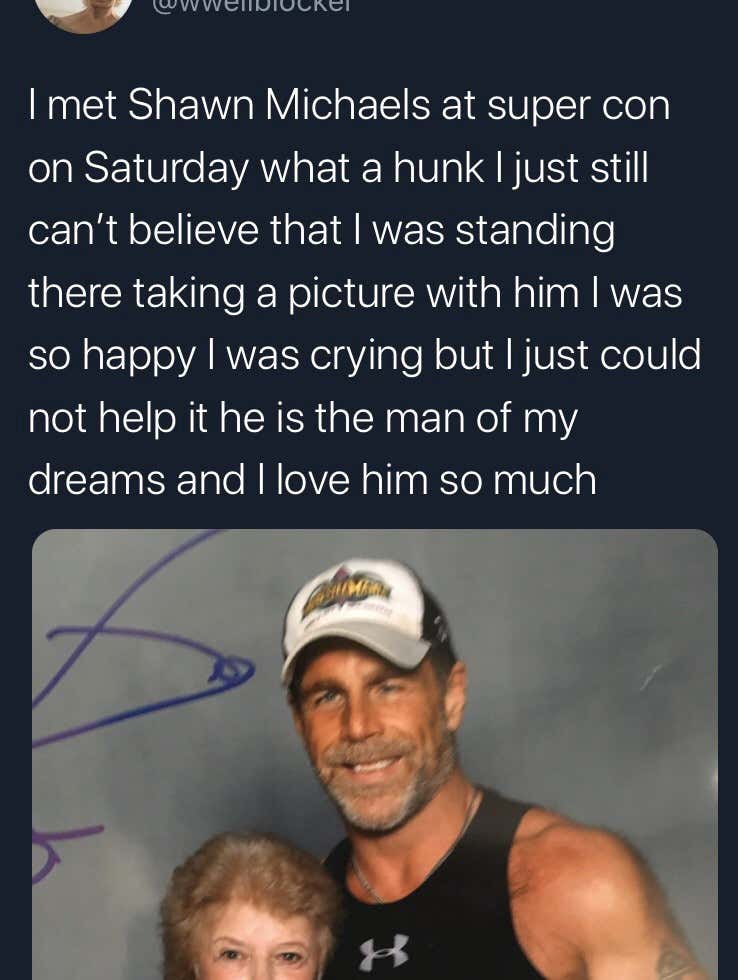 Look at this fucking man. Reducing a very elderly woman to tears of joy based solely on his raw sex appeal and debilitating charm. Getting right up on her like they’ve known each other for decades, too. 54 years old and doesn’t look a day over 50.

I’d hate to publicly admit this, but we at Mike Mikeness place high value on sexiness/fuckability. Hell, we always have.

Although these gentlemen might seem like complete opposites, they actually have a lot of striking similarities. Not only did they both have controversial collaborations with mad dogs, but they also collaborated with each other for a little bit when Vick was stationed in New York. 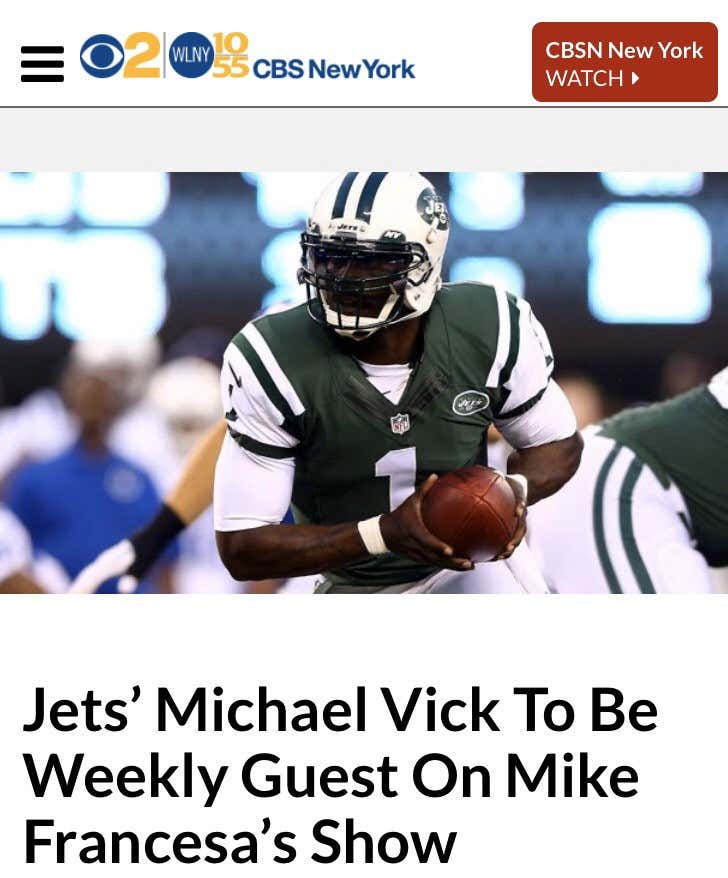 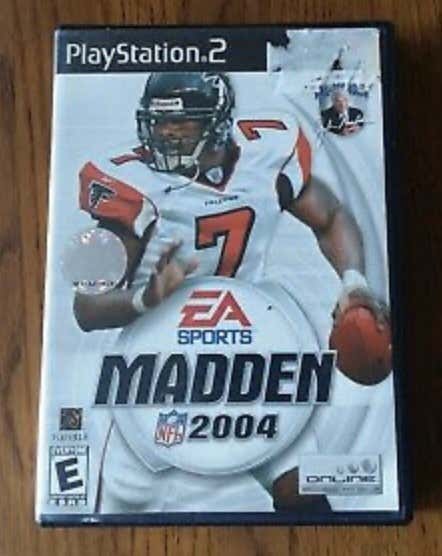 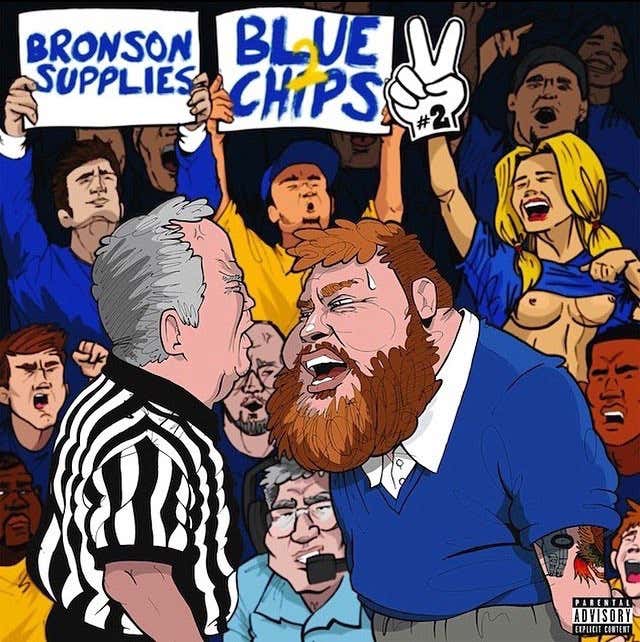 This can only be settled with an old fashioned Mike Meet Off... 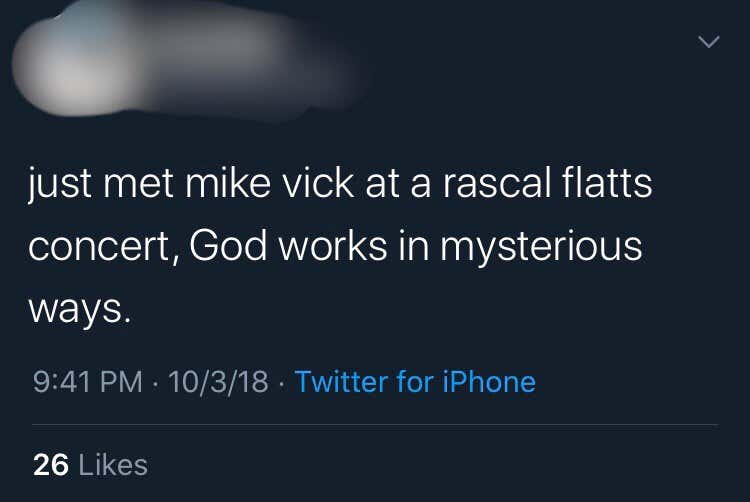 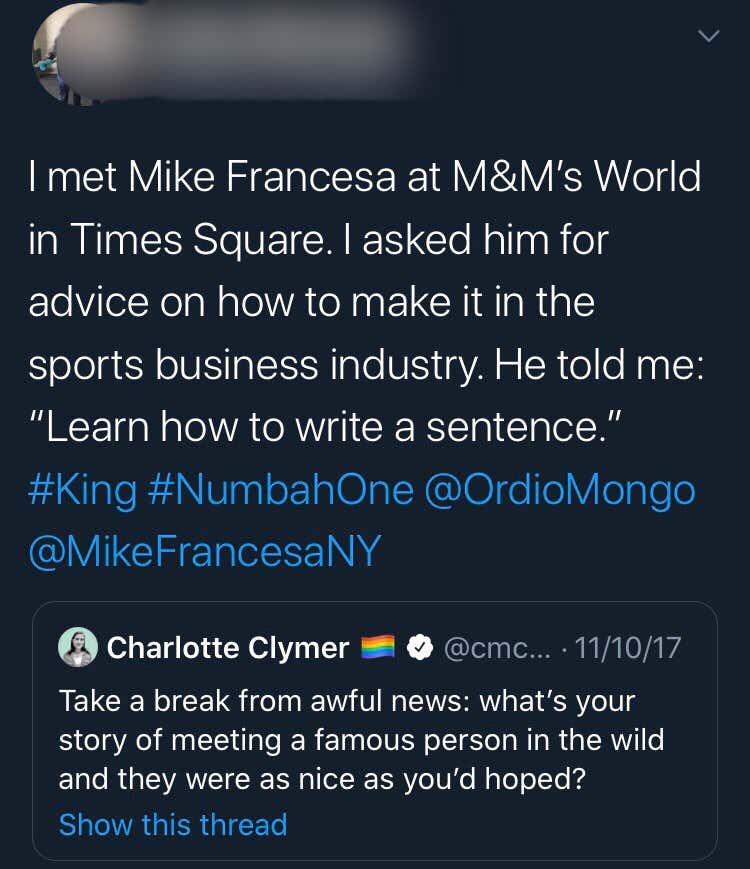 Although both are most likely fabricated, picturing a miserable Mike Francesa pushing a pair of little French children out of the way so he could get to the bathroom at the M&M’s World in Times Square and picturing Michael Vick belting out “Goddddd blesssssss the broooken roooaaaad that let me straight to yooooouuuuu” during the encore of a 99.2% white Rascal Flatts concert are equally amusing and entertaining visuals. However, my moral compass is pointing me straight to a Francesa first round upset. 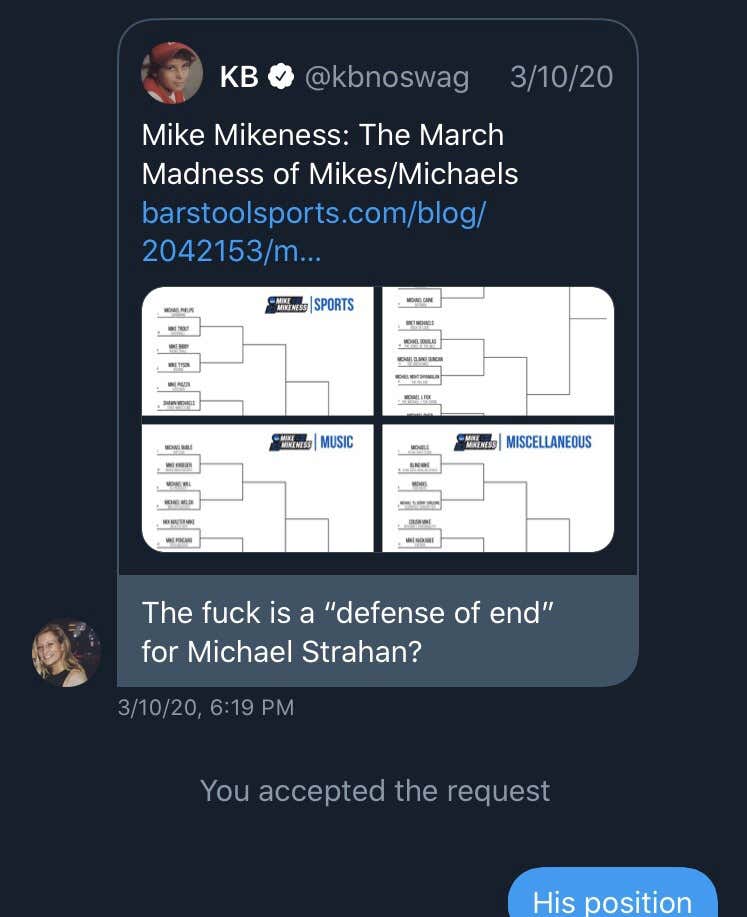 These are the type of complaints that drive the Mike Mikeness committee absolutely berserk. How else did you want us to describe a Hall of Fame End like Strahan? A commercial actor? Forget about it. Labelle by judge’s decision. And that’s that on that.

What a matchup. The Godfather of Freestyle Motocross vs. The Goddaughter of A Complete Failure. Mike Metzger successfully rode the Kamikaze at Mammoth Mountain. Holly Michaels successfully rode the equally impressive Lexington Steele and Bruce Venture. Which leads us to another tiebreaker…

Gender Inclusivity Tie Breaker: Is He or She the Only Woman in the Region? 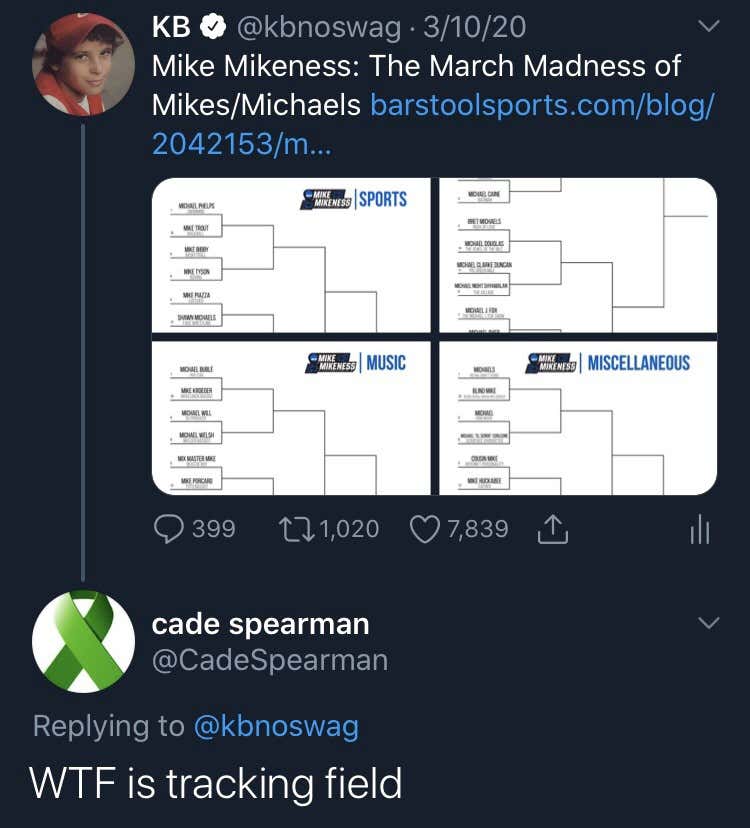 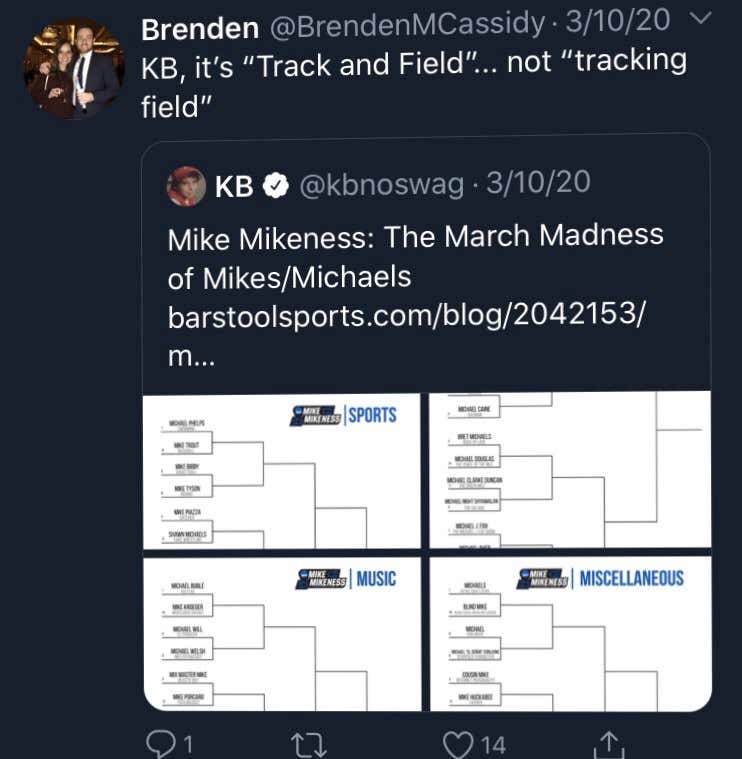 As much as the committee wanted to give Johnson the Strahan treatment, we simply could not. Johnson is just the superior sports personality. 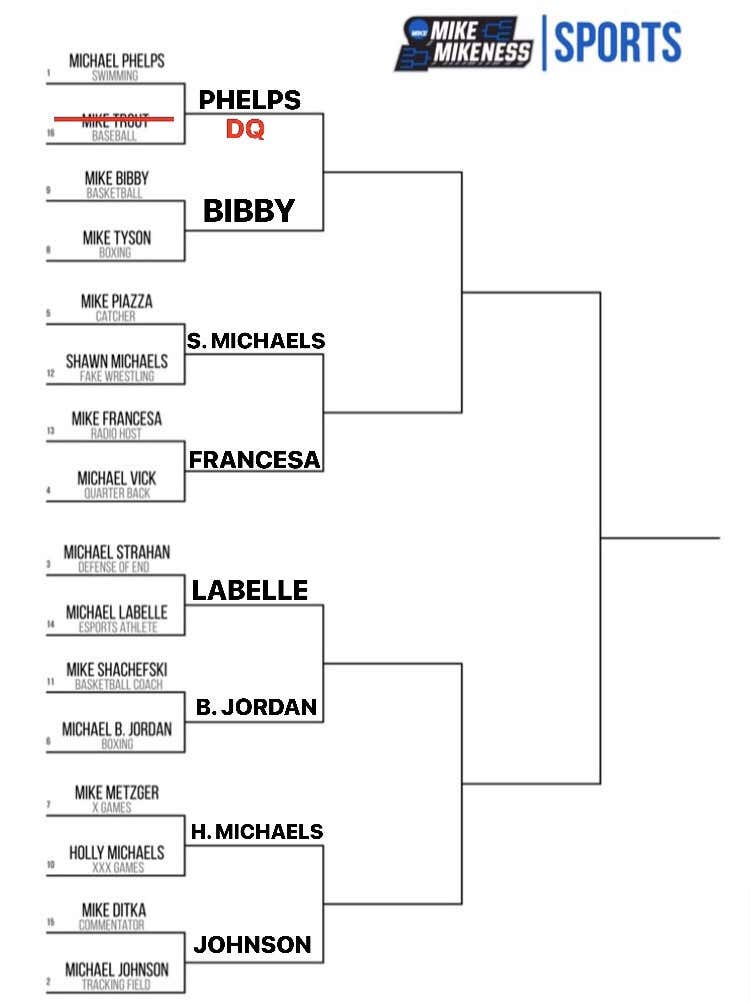 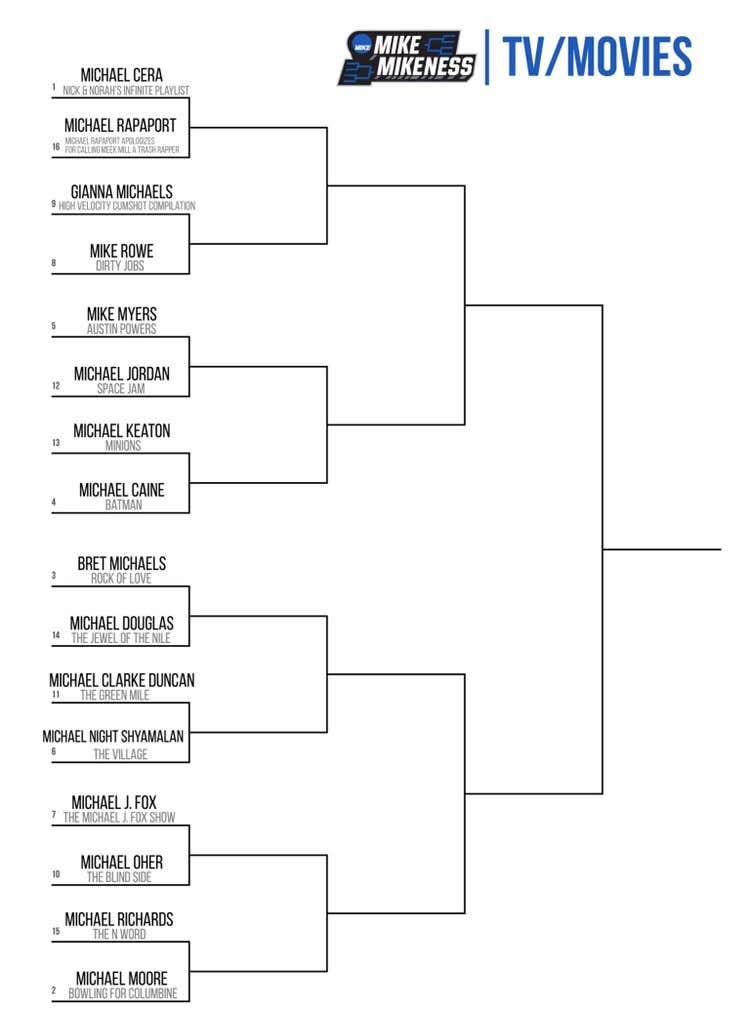