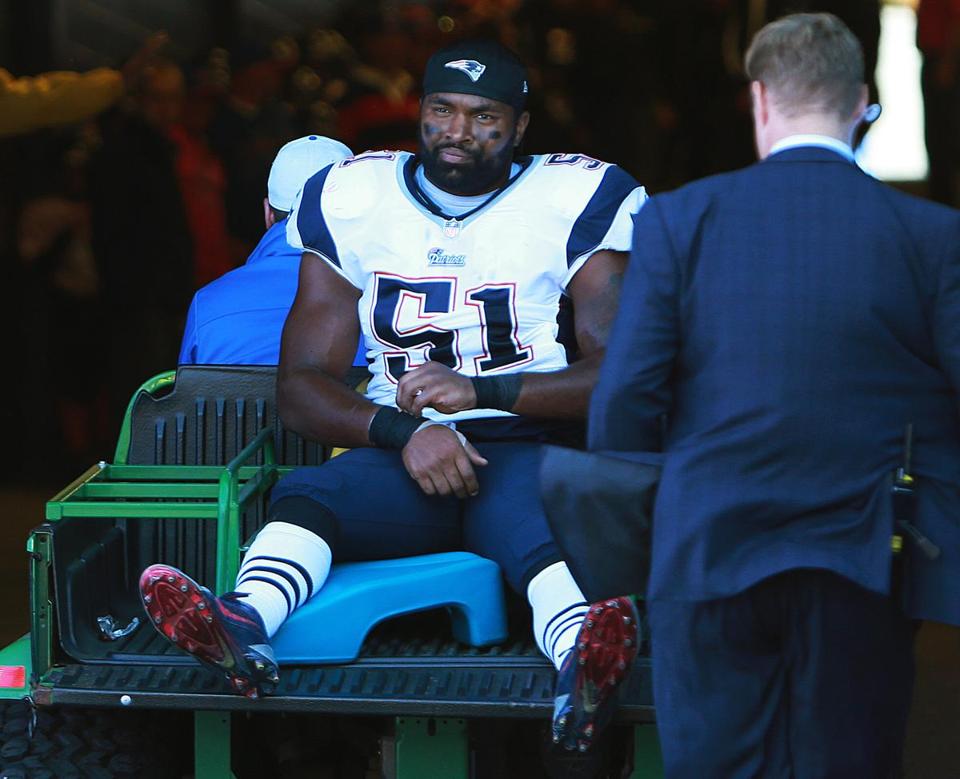 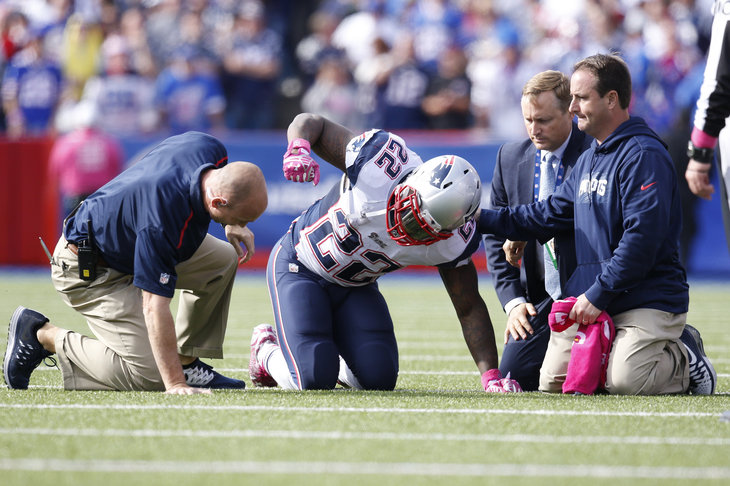 I guess I can’t let the simultaneous double nutpunch that was the injuries to Jerod Mayo-Steven Ridley go without saying a few words of condolence.  If there’s anything funny to come out of all this (note: there isn’t) it’s hearing the same people who’ve been saying for years that Mayo is over rated and hasn’t make an impact play in his career and who talk about Ridley like he’s got the hands of a Hot Oil Wrestler, now say these injuries have the Patriots screwed beyond all recognition.  Once again, it proves my theory that there are people among us so blinded by their anti-Patriots zealotry they insist every single player on the team sucks.  Until said player holds out, leaves, gets traded or is out for the season.  Then they were the glue that held the team together.   The one guy they couldn’t afford to lose.  And once they’re gone all hope is lost. The sun turns black as sackcloth.  The moon as blood.  Our pets heads are falling off.

Well I’ve been as big a supporter of both guys as anyone not named Mrs. Mayo or Nana Ridley and I won’t sugarcoat it.  This bites.

Mayo, for all his alleged shortcomings is one of the most under appreciated, insufficiently recognized players in all of football.  His last full season he “made plays” to the tune of 4 forced fumbles, 3 passes defensed, an nterception and 3 sacks.  Which unless I misremember the meaning are “plays.”  He’s been able to play two other full seasons in his career and all he did in them was win NFL Defensive Rookie of the Year and All Pro.  Not make the Pro Bowl, mind you.  He made first team All Pro.  And if Mayo made soup commercials with his mom or did some signature dance before games instead of just quietly going about his job and performing at a high level, he’d get something close to the credit he deserves.  Gripe if you want that he doesn’t make enough tackles behind the line of scrimmage if you want, but you’re missing the point of his role.  He’s the best sideline t0 sideline LB in football, which is what they ask him to do.  Except for rare occasions, his job is to stay home, play spill technique and let the others rush.  Blaming him for not having more sacks is like hating on a centerfielder for not getting to enough grounders in the shortstop hole.

As for Ridley, no guy in New England sports in our generation has gotten a worse rap for anything than he has for this fumbling.  Yes, fumbles are bad. We do not like.  But you know who led the NFL in fumbles last year?  Russell Wilson.  And what ever became of him, anyway?  Well you can say “But sure, Jer.  Quarterbacks always lead the league in fumbles because they touch the ball on every play” and you’d be right.  But do you know who put the ball on the ground more than any non-QB?  Julian Edelman.  But for some bizarre reason, he doesn’t carry the Scarlet “F” on his uni the way Ridley does.  Ridley fumbled as much as Ben Tate, CJ Spiller, Joique Bell and less than Reggie Bush, with a generally similar number of touches.  Granted he wasn’t lighting anyone up so far this year.  His 3.6 YPA were way below his career average.  But I still believe he was going to be more like the guy we saw in 2012 when he was 6th in the league in rushing than what he was in 2014.

So I can’t polish this turd.  Both these guys are losses and both will be felt.  The team drafted James White probably to replace Ridley next year and his timetable just got moved up. But no one expects him to be the bellcow Ridley has been. And I’m not a big enough Dontae Skinner guy to pretend there’s anyone currently on the roster who can replace Mayo’s range and ability to make presnap reads. The good news is if there’s a team in all of sports that has always found a way to replace irreplaceable guys, it’s this one.  If anything, even losing these two guys feels like we’ve gotten off easy compared to last year.  Last year they dropped like Enterprise crewmen in the red shirts and still they were a homefield advantage away from a trip to the Super Bowl.  Not to mention, they’ve got a history of winning championships after losing key guys they couldn’t afford to lose.  2001?  Ted Johnson.  2003?  Rosie Colvin, Mike Compton and David Patten.  2004?  Ty Law, Tyrone Poole and Tom Ashworth.  Hell, I’ll even throw Terry Glenn in there in ’01, even though he went on IR with an Empty Skull.  So while the Patriots were wounded this week no doubt, it wasn’t a kill shot.  As long as Brady, Gronk and Revis are in week after week and the Hooded One is still breathing, they can handle anything else.  @JerryThornton1