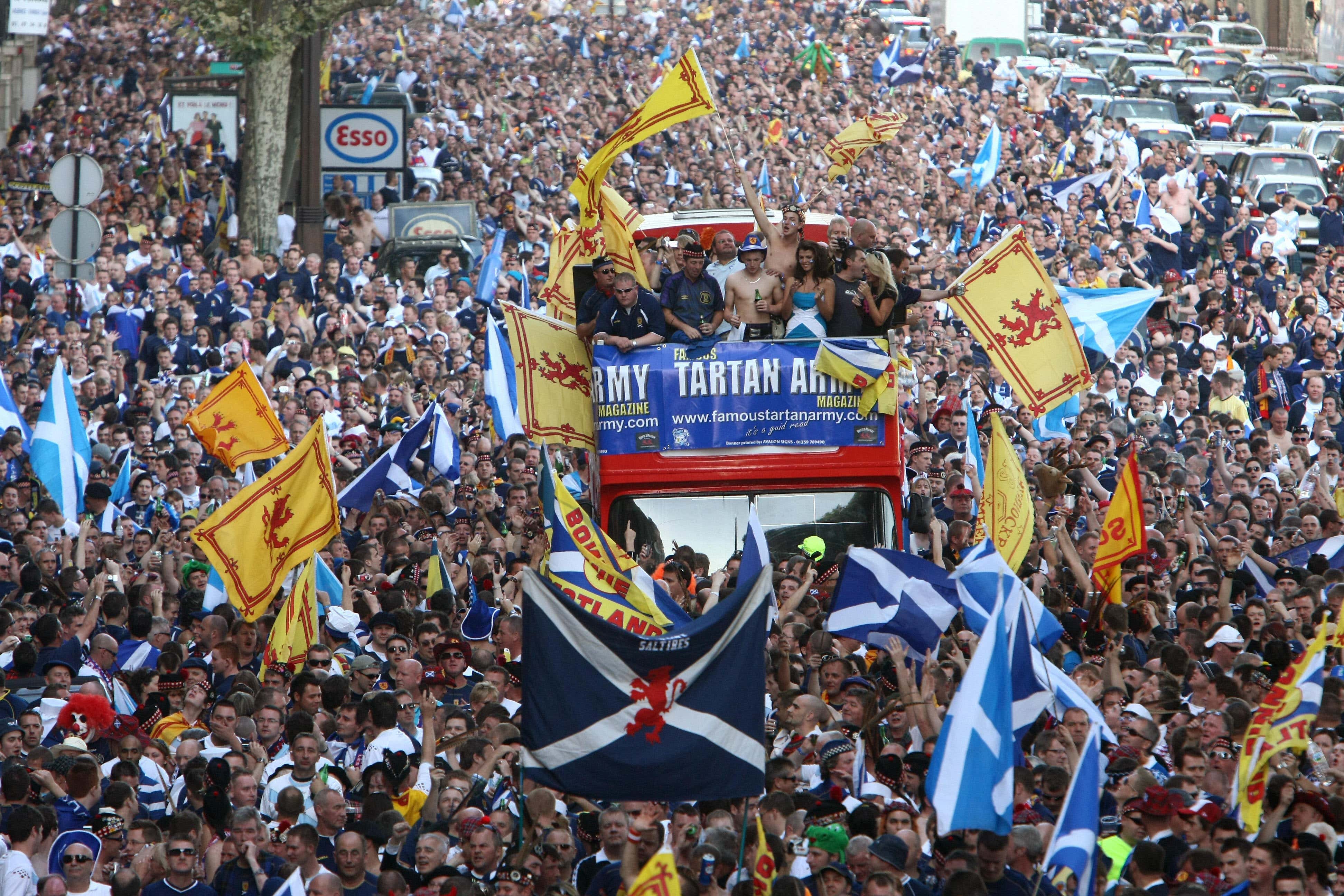 To say Scottish football fans are a dedicated bunch is a huge understatement (as referenced in the photo above from 2007 when they took over Paris for a qualifying match), and much like our deflation at the halt of US sports, they too were dismayed when theirs were indefinitely postponed.

That being said, desperate times call for desperate measures and for the 14,000-member strong Scottish Football reddit community that 'desperate measure' is turning focus towards an entirely new sport: 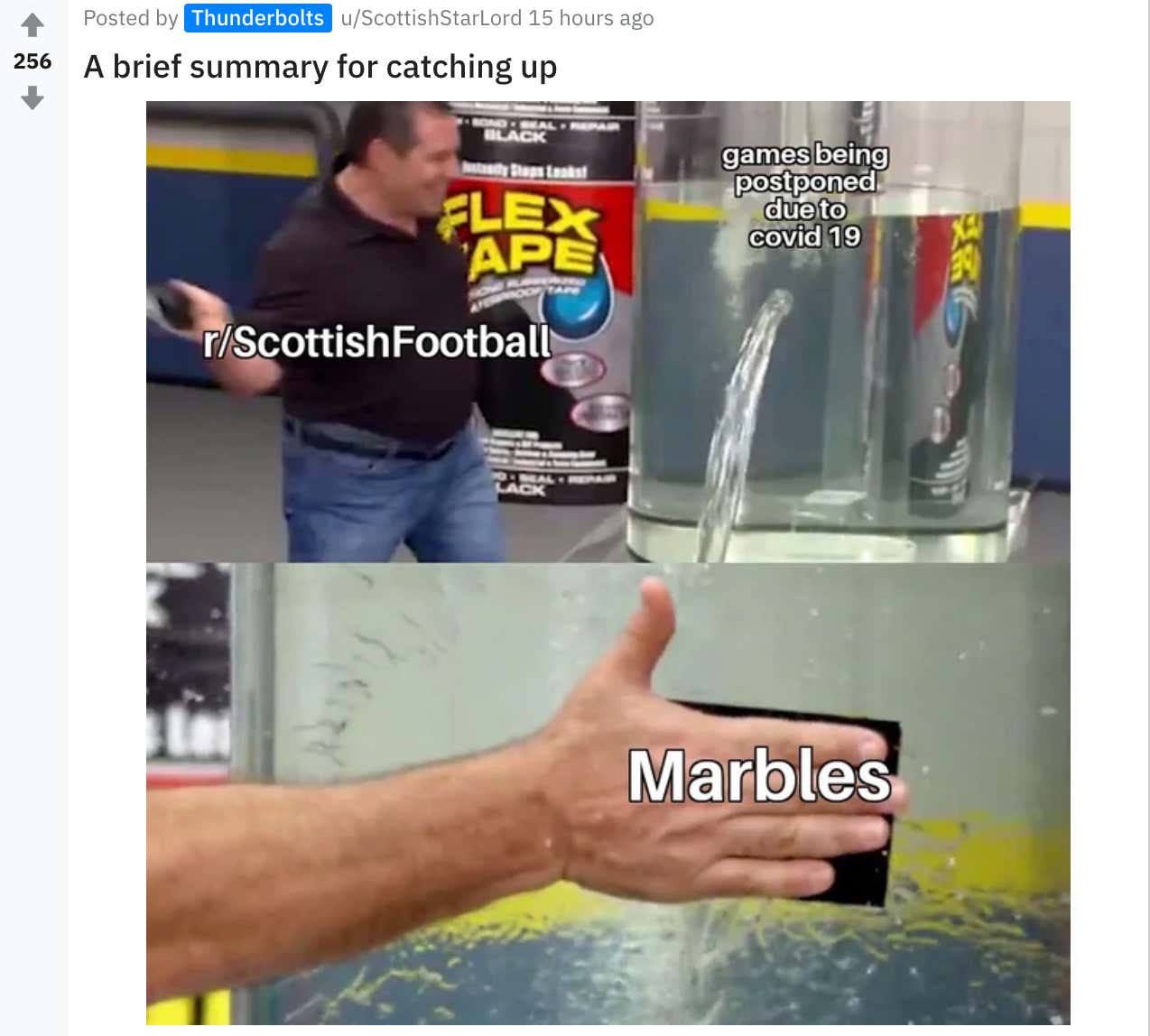 Via the Wiki page:

Jelle's Marble Runs is a YouTube channel run by Jelle Bakker and Dion Bakker based around the game of marbles, marble runs, and marble races. Content on the channel includes videos such as: spoofing the Olympic Games, Formula One, and other sporting events; these videos treat the cast of marbles as though they were athletes.

You read that right - they treat all of the marbles as if they were athletes. There are team names like Rojo Rollers & Balls of Chaos, and then within those teams the marbles have their own personas like Billy The Kid, Limelime, and Mary. And you can't forget all the fans up in the stands... 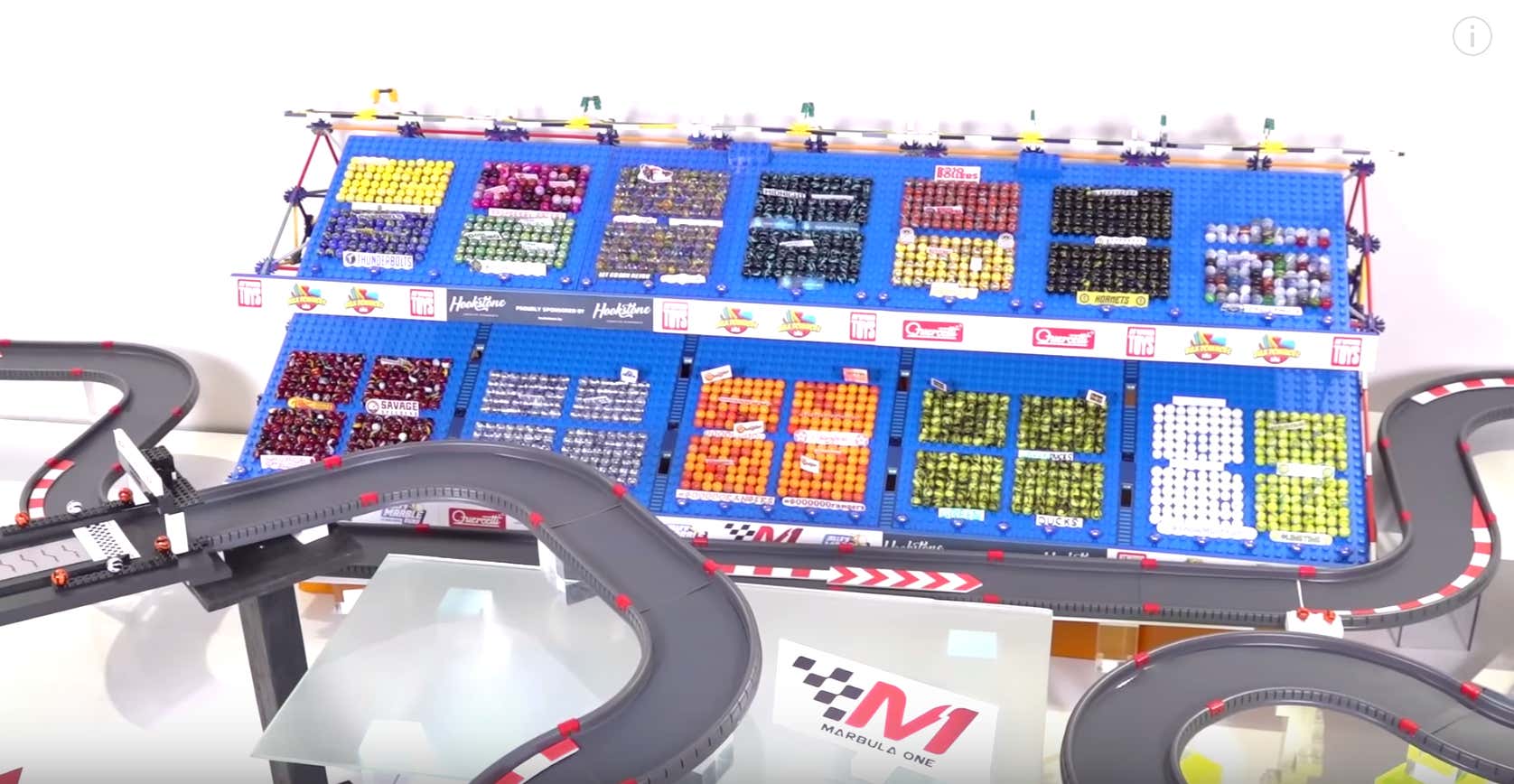 And right now they're one of the only sports that's a safe bet for continued entertainment. According to Jelle's:

IMPORTANT: Marbula One season 2020 WILL CONTINUE despite the COVID-19 situation! Everyone at JMR is safe and we were able to record races 6 and 7 already. We are also close to finishing production of race 8, so there are no cancellations expected! Please enjoy, leave a LIKE and SHARE this race with our fellow sports fans who sadly have almost nothing to watch at the moment!

Back to the Scottish football fans - They have fully embraced it and every single post on their soccer thread is now nothing but marbles. They're consumed. They've been coming up with team flags, rally songs, & memes for their favorite marbles in the series. 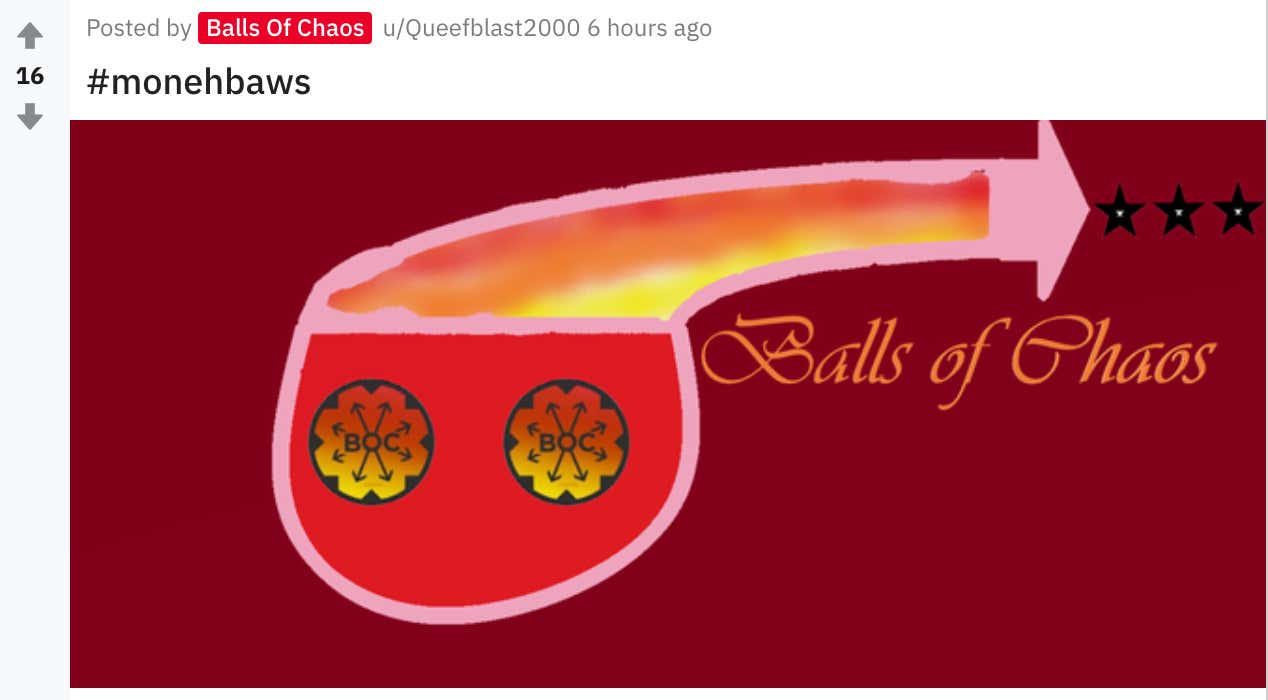 There's even fake news stories & rants about marble hooligans from opposing teams getting into serious beefs, and fans angry at their own teams for poor choices (sorry Mary the Marble): 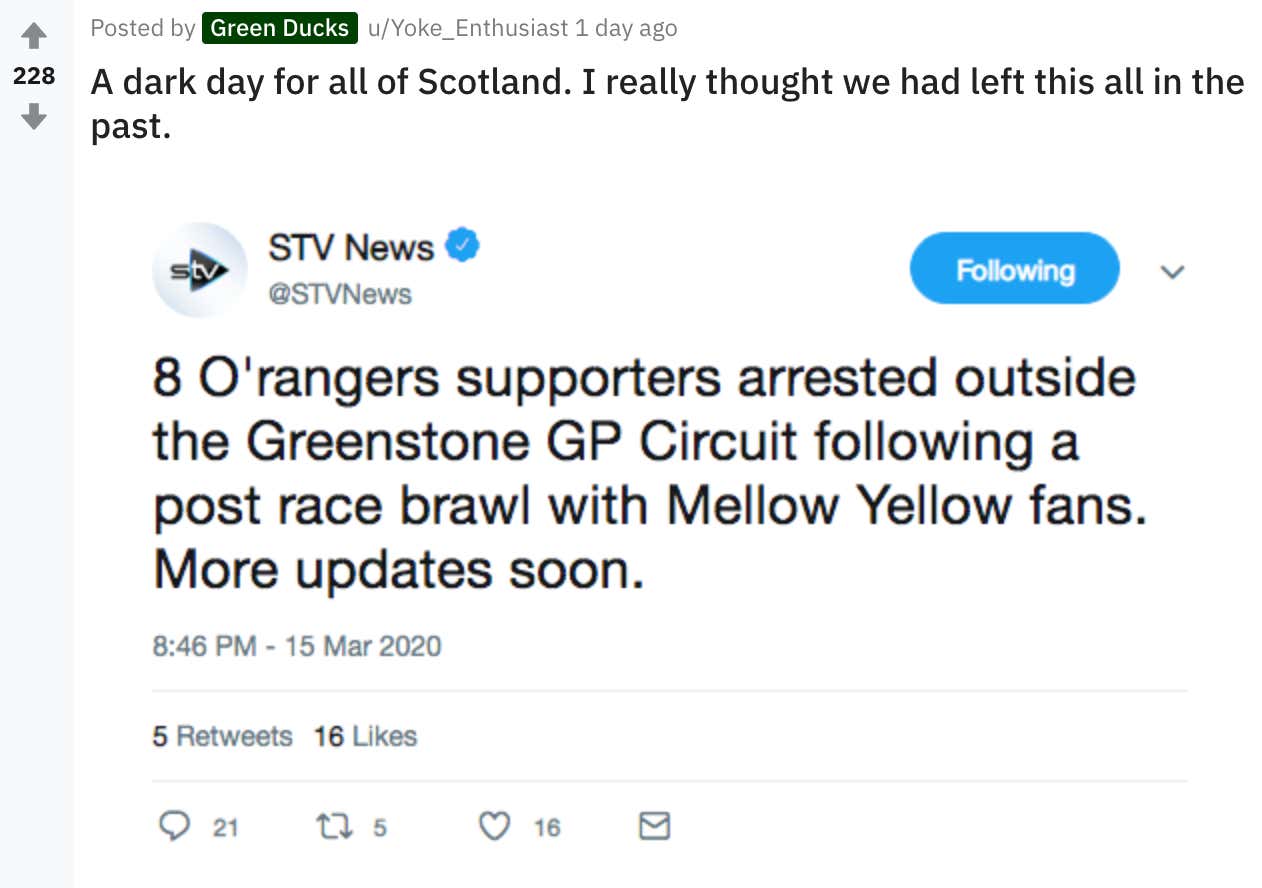 Don't worry Scottish football/marble fans, we've been through the same thing in Barstool's own marble world and you just move past it:

In closing - During these scary, anxiety inducing times, I have to give credit to Scottish Football reddit….