Obviously the video quality on this one isn't great but I feel like 50% of what makes this goal such an iconic moment in NHL history is the call from Rick Jeanneret. It was absolutely filthy and grotesque even if you were watching it on mute. But the "HOly MOLY roll the highlight film!!!!" is what gives this goal its immortality. Now for some footage that doesn't appear to be filmed by a potato.

Honestly the most insane part about this goal is that the Tampa Bay Lightning went on to win the Stanley Cup that same season. Dan Boyle got his name on the Cup. John Grahame got his name on the Cup. So I guess they each had the last laugh in the end since Max Afinogenov had one of the most "what if" careers of all time. But still. In no world does this goal make a lick of sense. Science be damned because this was some pure David Blaine shit.

The fact that Boyle was able to get a skate on the puck and he still got taken to the cleaners like that is something I wouldn't wish upon even my worst enemy. Grahame waited about 0.0025 seconds too late to throw that poke check and you'd imagine those 0.0025 seconds would haunt him for the rest of his life. Again, the fact that the Bolts won the Cup that year definitely takes some of the sting away from this goal. In fact, they even won this game 2-1. But nobody will ever remember that.

All I'm saying is that the 17,000 bottles of hand sanitizers those assholes in Tennessee were hoarding wouldn't even be enough to clean Max Afinogenov's hands here. Just some of the filthiest set of paws we've ever seen. Just a damn shame he was never able to fully put it all together. At least we got a chance to see him in a Thrashers sweater before his NHL career fizzled out, though. Guy had some unreal style. 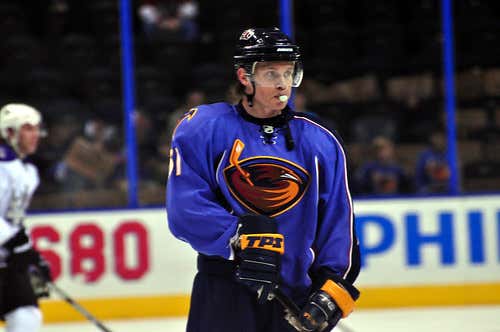 By the way--while we're talking about Afinogenov looking like a total beauty in some old sweaters, we need Buffalo to bring back these bad boys. At least for a few games. 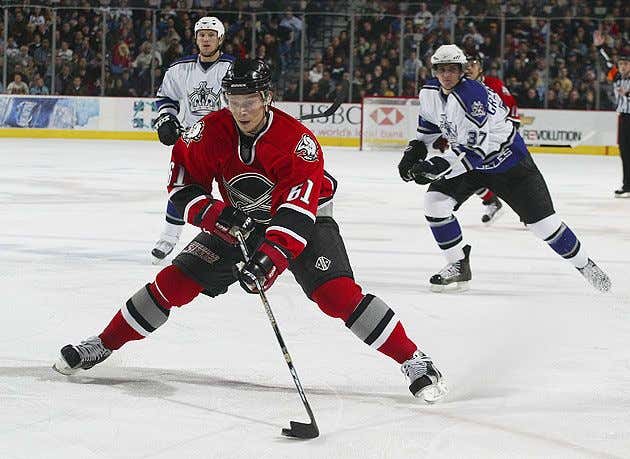