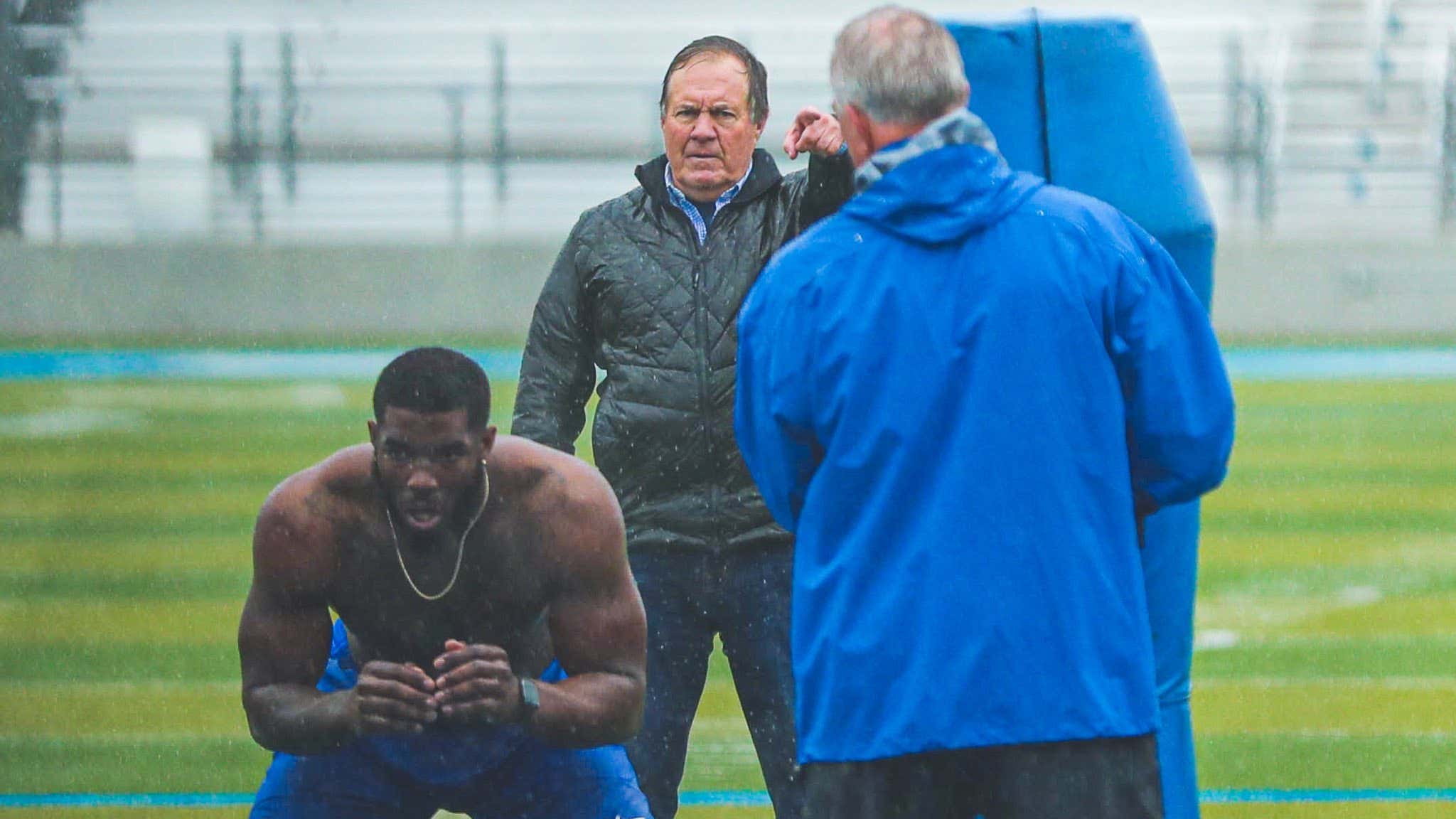 These are the times that try men's souls.

I was going to actually write about the move the Patriots announced that they were taking all their scouting personnel off the road:

… which seemed curious since we've had All Business Belichick personally running workouts at Middle Tennessee:

… and reportedly someone at Oregon's Pro Day just yesterday:

But now it makes sense. This wasn't their call. They were ordered to stand down. Of course I get it. Once the POTUS uses the words "national emergency, you do what you must. If schools are closing and states like mine are banning gatherings of more than 250 Massholes, sacrifices need to be made. And some of those sacrifices need to be made by men with stopwatches who won't get to watch 22-year-olds do agility drills and updowns for a while.

The guy you just have to feel for is Belichick. This has to be killing him, bit by bit, hour by hour. He's been scouting college talent and sending his minions out to scout scouting talent since he was driving Ted Marchibroda around for 25 bucks a week. It's what he does this time of year. It's in his DNA. Forcing him not to is like keeping a thoroughbred in the pen. It's like telling a shark not to eat seals. Or expecting a 16-year-old home by himself not masturbate. There's risk involved. But there was risk in Abbottabad, too. But SEAL Team Six wouldn't have wanted to stand down, either. That's how great men on a mission are wired.

Yes, it's potentially a crisis out there. But as I'm sure the Pats scouting department will tell you, the Chinese symbol for "crisis" is comprised of two other symbols. The one for "danger," but also the one for "opportunity." Hopefully Belichick's forces can take all the opportunity three calls a week of less than one hour each can afford them. It's going to be a tough few weeks for their boss.