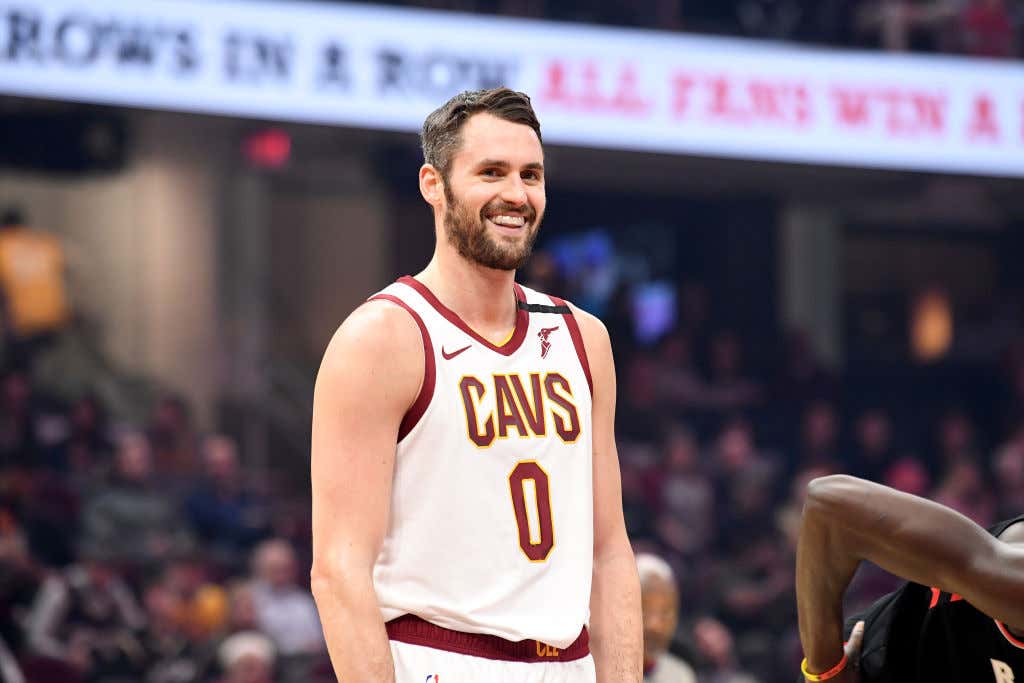 This right here is a guy who gets it. While I definitely do not think it's on the players to take this sort of action while their billionaire owners are rolling around in cash, not every one of them is Mark Cuban. There are plenty of employees that are really going to be impacted by this 30 day suspension that rely heavily on their gameday checks. The good news is the Cavs as a franchise are also working to figure out a way to continue to pay their event staff and hourly workers. For an organization that seems to get a lot wrong over the years, if the Cavs can do the right thing here then no other team/owner has an excuse. Step up and take care of these employees. It's a no brainer.

Think what you want about him as a player, but Kevin Love continues to do really awesome stuff like this. He's been extremely vocal about mental health and his own personal struggle which is undoubtably saving lives, and now this. The guy signed a $120M extension so i doubt he even notices the money, but that's not really the point. The point is he took matters into his own hands and helped make a difference for the people that really need it. Just like he's done pioneering open discussion about mental health that has helped encourage other athletes to speak out, maybe the same thing will happen here. It wouldn't shock me if we start to see other big contract players start to do the same thing. Not because they have to but because they have a heart and can act like an actual human. I still think this is something that ownership should handle, but it's cool to see players step up and support the people that support them on a daily basis. We have no idea about all of the work that goes on behind the scenes to get these guys ready and prepared to be at their best, so good on Love for giving back.

Everyone has enough to worry about with this whole situation, relieving some of the financial stress will probably go a long way. Very cool.