Some things are bigger than professional sports, NCAA championships, and the physical health of the world's population ...

A few weeks ago, I was having a particularly stressful and grueling day at work. So after an exhausting hour of strategically interjecting “mmmhmm” on my sports radio show, I decided to refuel with some premium coffee before another equally taxing hour of consulting with my professional project teammates as they planned semi ironic TikTok films.

So I shuffled to the Dunkin’ Donuts on 29th and 8th (their floor plan is slightly more conducive to human bodies than the one on 30th and Broadway) to get a quick boost. Beads of sweat quickly accumulated under my dress shirt and suit jacket as I had traumatic flashbacks of the last time I refrained from donning formal attire at the same chain. Dreadful thoughts of losing my job and getting banished to Ellis Island almost completely suppressed my appetite and sugar craving. Almost. Then I laid eyes on those sweet, sweet doughnuts glistening behind the counter and got lost in an erotic trance.

It felt as if I was disassociating to the point of an elite K-hole as I stared seductively at the wide array of creamy confections — envisioning myself effortlessly sliding in and out of the Sacagawea dollar-sized hole of a Toasted Coconut and licking off the grooly coating of a Chocolate-Covered French Crueller like a rabid Doberman.

Just as I was about to mentally finish off a Glazed Jelly Stick and give a Maple Long John a Bavarian Kreme Pie, I was jolted back to reality by the squawks and bellows of a creature at the front of the line. It was an emu-shaped woman winnowing at the staff because her order was wrong, demanding to talk to the owner, which is a completely realistic request considering the owners of major fast food chains are always readily available to consult about minor order errors.

She was making a complete scene.

This went on for 5 minutes and the line started to go out the door, as lines typically tend to do after that amount of time.

I was bursting at my Kenneth Cole seams trying to hold back from confronting her, but I just didn’t have the Butternut Munchkins or bravado to actually do it.

Butt, as fate would have it, I just so happened to be in the presence of one of the bravest and most versatile internet networkers in the entire tri-state area. The type of woman to put away a stray shopping cart and disinfect an infection in the same breath. The type of soldier to go up to the stubborn ostrich making a scene at a coffee shop and, instead of berating or scrutinizing her, offer her a friendly hug with open arms.

Words can't adequately describe the collective reactions of the patrons in that building after what happened next, but I'll let the heroine herself take it from here... 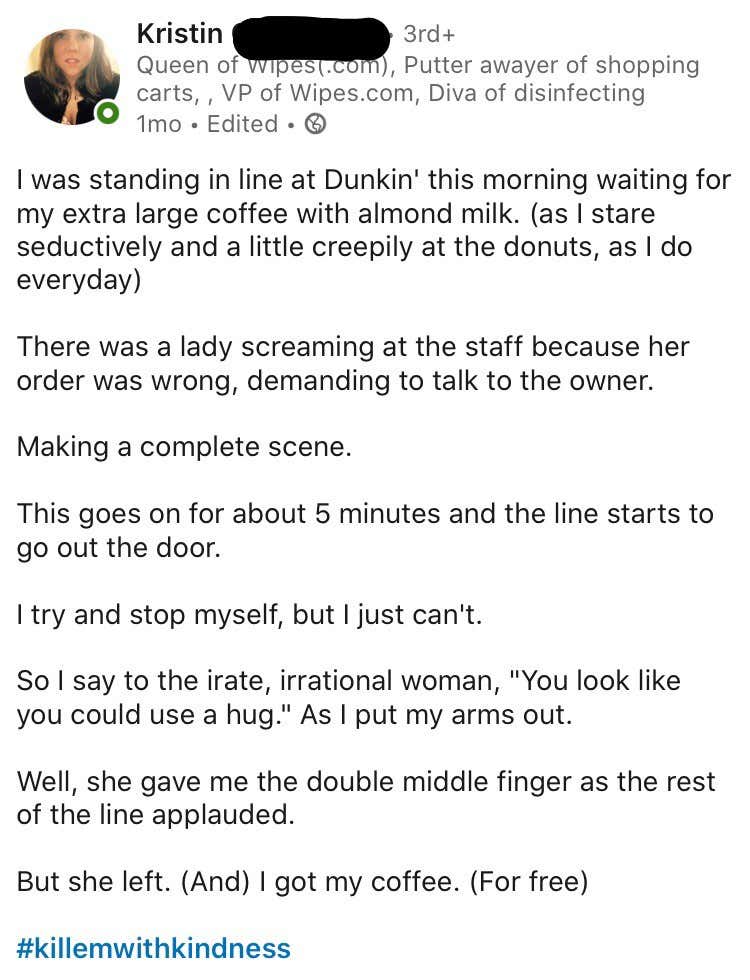 As if the "oohs," "aahs," and thunderous applause from a Houston-sized line worth of people wasn't enough, Kristen also obtained over a thousand comments worth a praise on LinkedIn for her completely real and mighty deed. 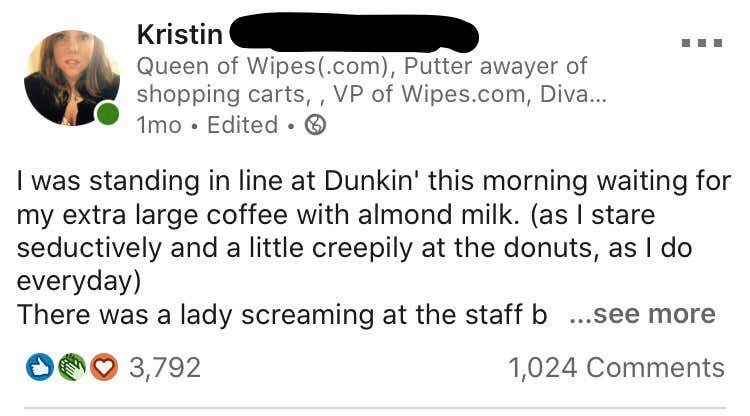 Which begs the question..... 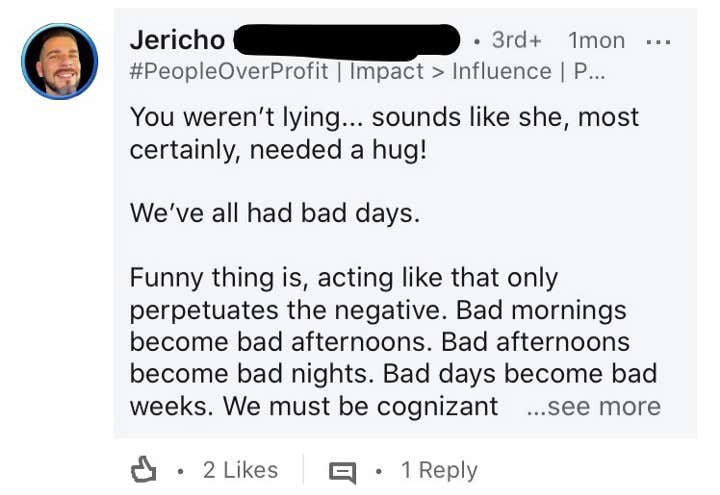 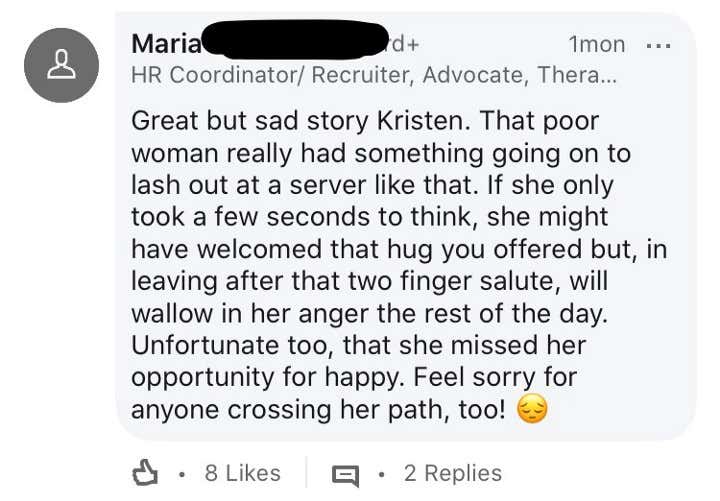 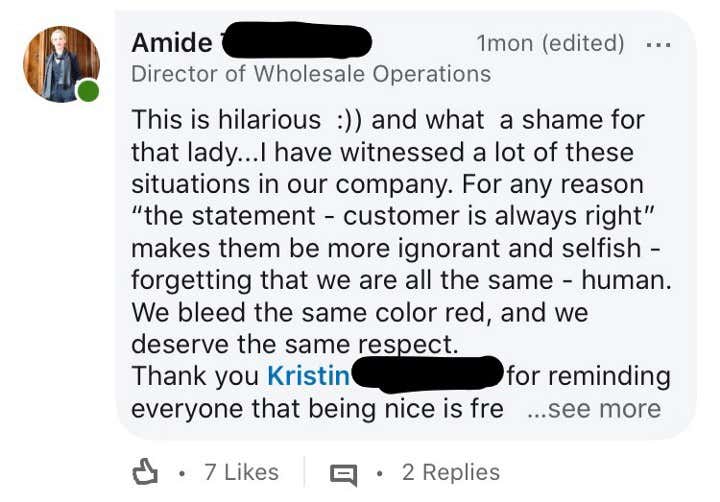 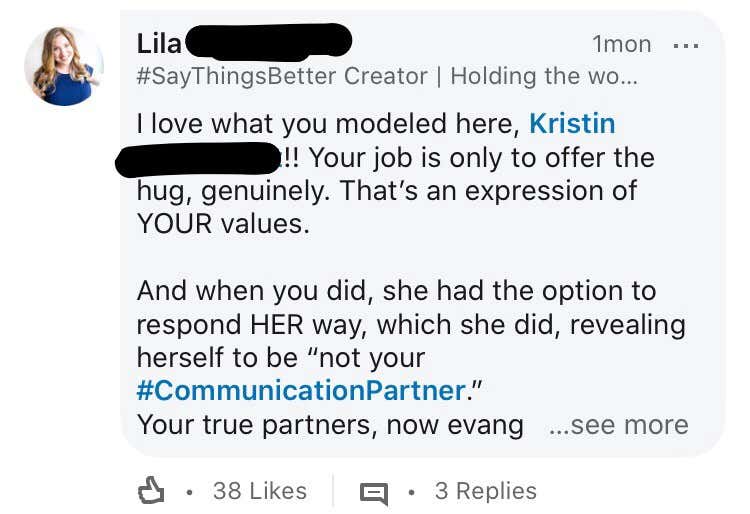 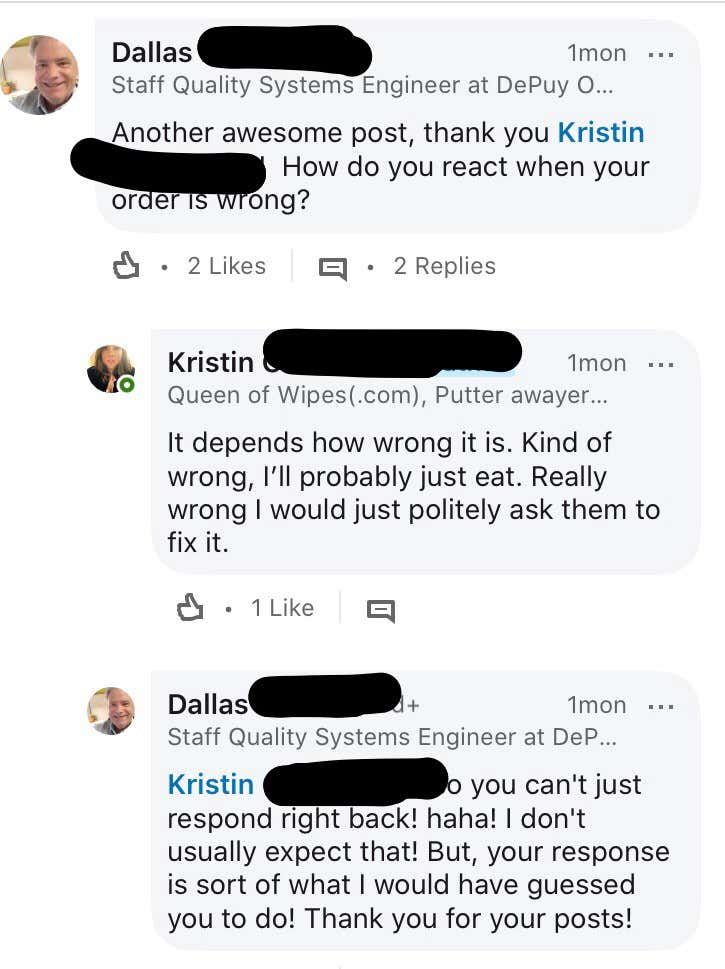 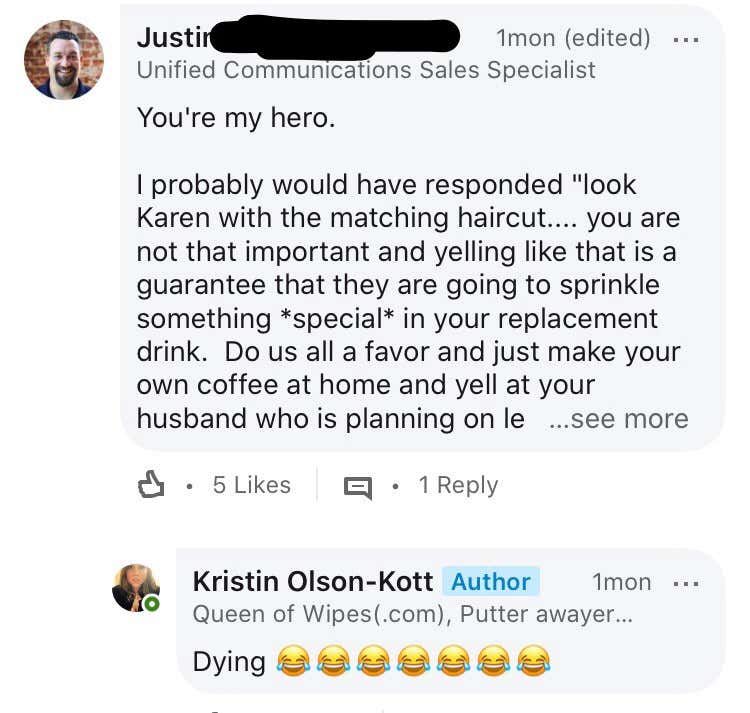 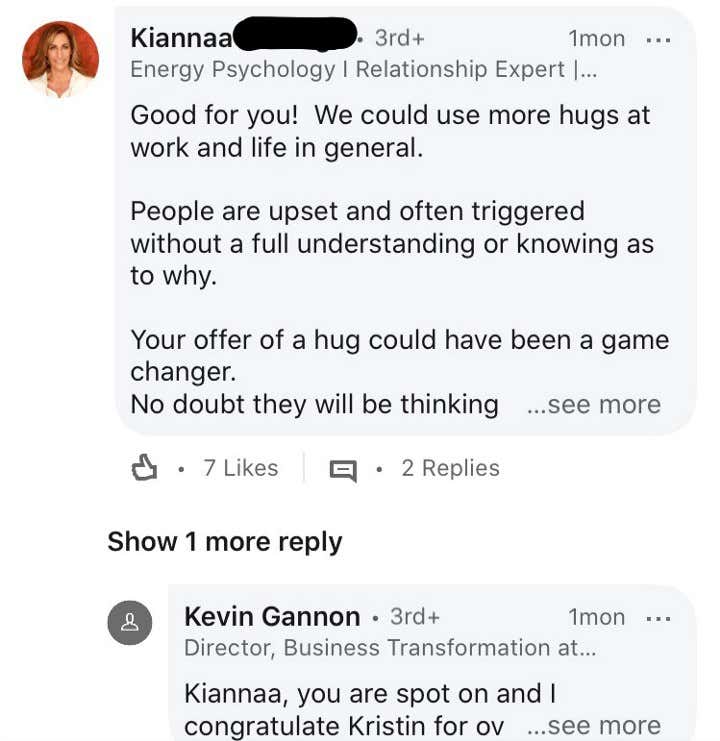 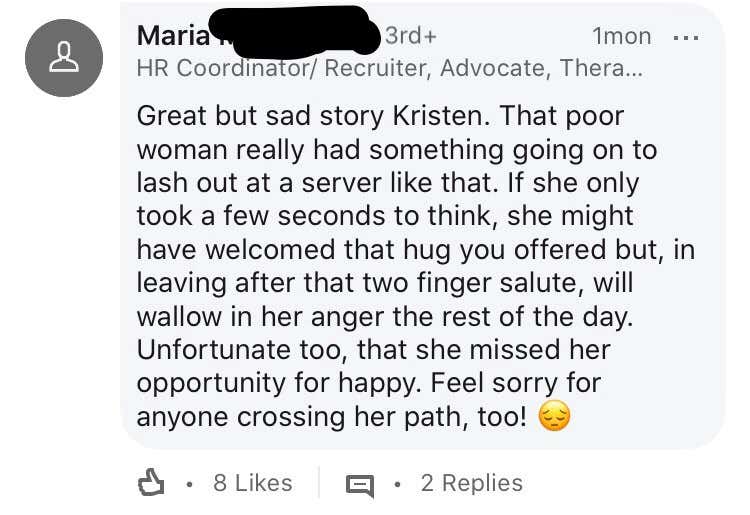 Do the fully grown adults who post on LinkedIn have some type of rapidly growing brain parasite?