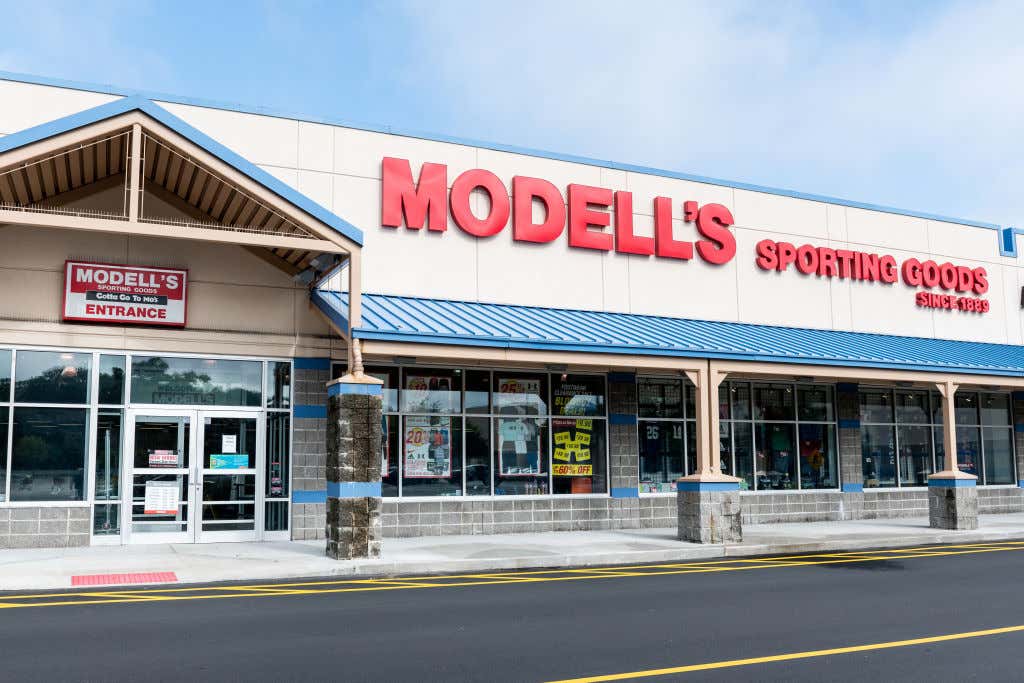 Modell’s, known for its catchy “Gotta Go to Mo’s” jingle as much as its jerseys and sneakers, also announced on Wednesday that it was shuttering all of its remaining 141 stores. The company, which is based in Manhattan, has 3,600 employees and has stores throughout the Northeast and Mid-Atlantic regions. It claims to be the oldest sporting goods retailer.

*Extreme Modell's commercial voice* No! No! No! If you gotta go to Mo's, it looks like you are pretty much fucked.

I am not going to act like losing Modell's hurts like losing a childhood staple like Toys R Us did. Modell's was usually a store I would go to if I couldn't find a piece of athletic equipment at nicer stores like Sports Authority or wanted a shirsey of a player without waiting for it to ship from an online store or paying like 35% more at a stadium. But on the off chance a New York team won a title, no place had the shirts, hats, and every other piece of championship porn faster than Old Man Modell. Obviously the New York Championship industry has hit kind of a drought lately, which may have been part of the reason Mo's is cooked.

Mitchell Modell, 65, the company’s president and C.E.O., said in an interview on Wednesday night that it was a gut-wrenching decision. “Today, I had the worst day of my life,” Mr. Modell said. He added that the combination of an unseasonably warm winter, six fewer days in the shopping season this year between Thanksgiving and Christmas, competition from Amazon and the coronavirus pandemic have hurt the company’s bottom line

The futility of New York sports franchises like the Knicks, Jets and Giants has not helped either, he said. “The problem is if the teams are lousy, you can’t give the goods away,” said Mr. Modell, who ran the company with his brother, Michael Modell, before he died in 2001.

I personally think that Jeff Bezos' unbelievable competence and dominance over brick and mortar stores had a lot more to do with Mo's demise than the incompetence of James Dolan, the Wilpons, Woody Johnson, and all the other shitty owners of the local teams. But if you want to blame any or all of those rich assholes for the closure of a local icon and the loss of thousands of jobs, I certainly won't stop you.

Now lets have Mo's all-time great jingle play us off one last time.