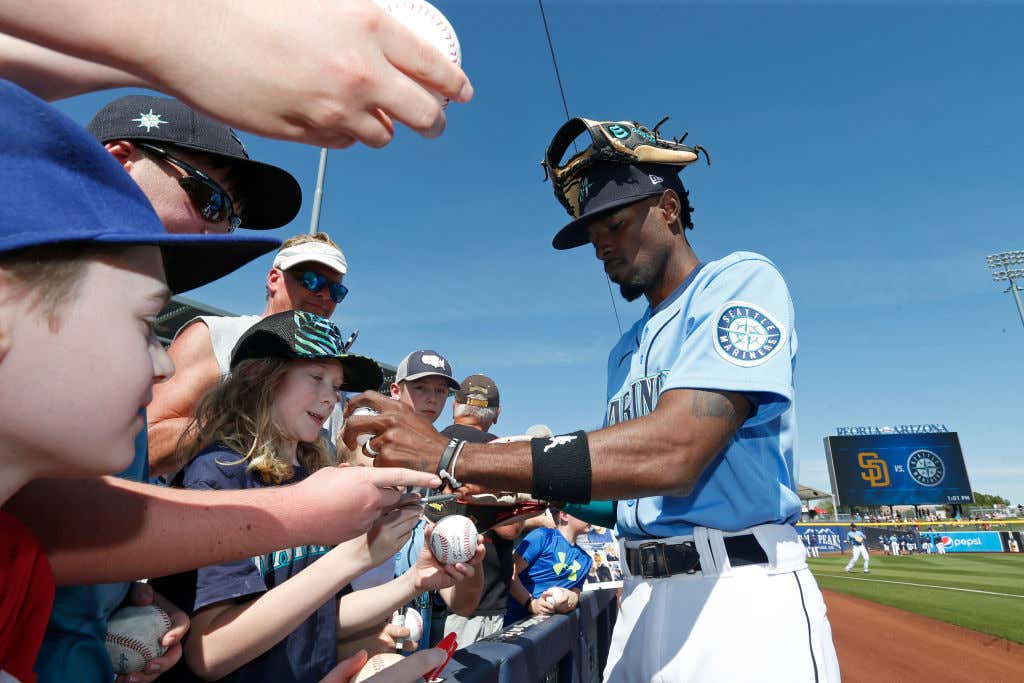 If government officials impose restrictions that prohibit events on the scale of Major League Baseball games in the Seattle area, the Mariners could temporarily play their home games in Arizona at their spring training facility, people familiar with the contingency plans said on Tuesday.

No alternative scheduling plan is final. It is unknown what directives, if any, government officials in Washington or Seattle will issue in an effort to fight COVID-19 — or whether the timing of those directives would affect the regular season. But the possibility that games could be canceled nonetheless looms as myriad events, in sports and otherwise, are shut down across the country.

Okay this is becoming very real very quickly. I came home from work on Tuesday and found one of my roommates listening to the latest Joe Rogan podcast. He had an expert in infectious diseases on the show to try and make sense of what is going on. Pretty much this isn't going to stop spreading until they find a cure and he estimated around 98 million people will end up getting infected when it's all said and done with around 500,000 deaths. Obviously those are projections from one guy and you never know how accurate they could be, but still very scary.

Major sports are starting to make big decisions in regards to the upcoming months. A significant tennis tournament (Indian Wells) was already cancelled as well as the Ivy League conference basketball tournament. Now the major sports have come out with restrictions as to who can be inside the clubhouse or locker room. We're eventually going to get games without fans. It's only a matter of time. There's a fear that the Warriors home game against the Clippers last night was the last one that's going to have fans attending for the rest of the season. It's just inevitable the way things are headed.

Two weeks from tomorrow Major League Baseball will open its regular season with all 30 teams in action. The Mariners host the Texas Rangers at Safeco Field. There's almost a zero percent chance that happens. When it comes to the Coronavirus in the U.S. there's no worse place to be than Washington State. So far 24 people have died and that number will only continue to grow. It's a shit show up there. The Governor of Washington state is expected to announce today that they'll be restricting gatherings of 250 people or more. I'm not sure what the Mariners typically drew when Felix Hernandez wasn't starting on a Friday night, but I gather it's a little over 250.

There's no way you can convince a team to travel to Seattle for a series in the coming weeks. It's just not worth it. So now what? It looks like that opening series, and any Seattle home games for the foreseeable future, will be played at their Spring Training facility in Arizona. Yup, that's right. Get ready for it because it's probably happening. If games continue as they're scheduled there will be several teams likely playing home games in places they never expected to. What a fucking bizarre time to be alive. It's the right to do until this calms down. It's better than cancelling them all together.

I just want baseball to be played. Do whatever it takes to keep my favorite thing in the world from being cancelled. If you have to restrict fans in the stands then do it. Hopefully if it comes to that they'll lift the brain dead stupid blackout restriction rule that makes no sense at all in the first place.