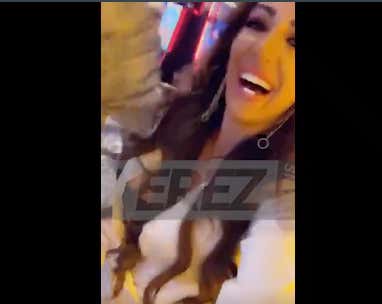 Maxx Crosby was one of the best MACtion players of the 2010s. When he got to Eastern Michigan, they had not been to a bowl game since 1987. He left with 2 bowl appearances. That may not seem like a big deal to the average college football fan, but when you go to a school that hasn't had a winning season in the 21st century getting to the Bahama's Bowl is actually a very big deal.

After leaving MACtion, Crosby was drafted in the 4th round to the Raiders and found himself with a little bit of Hard Knocks fame:

Now, in Las Vegas, Maxx has succeeded off the field:

I cannot confirm if Maxx and Richelle are actually dating. However, I wouldn't be surprised. Richelle has a thing for white defensive ends: