In my time on Earth there has never been a show as good as 24. Sure Game of Thrones was great, Breaking Bad, S.O.A., etc. I'm sure you all have great cases for your favorite shows being the best, but the one thing in common with all of them is that they're not 24. In my house as a kid growing up, the hour of 9:00 PM to 10:00 PM was sacred. 8:00-9:00 was pretty good too with Prison Break, but it was just the appetizer to the main course. You were not allowed to leave or enter my house when Jack Bauer was on the television.

Today we'll revisit Season 3 of the best show on Planet Earth. Why? Well, it had to do with the release of a deadly virus from the villain Stephen Saunders and I feel like that's pretty timely with the whole Coronavirus outbreak going on. If there's a way to get to the bottom of this virus it's going to be hidden somewhere in Season 3, that is for sure. Do I really just want to reminisce about 24? You're goddamn right.

What did Season 3 have? Jack has to battle a heroin addiction that he developed while undercover in a prison. Jack finally kills that bitch Nina Meyers. Chase is dating Jack's dating Kim (Elisha Cuthbert). Stephen Saunders controls President David Palmer and makes him do all sorts of things so that the virus doesn't get released including having the Regional Division Director of CTU Ryan Chappelle die. It's a roller coaster of a season. Here are the best moments.

The Death of Ryan Chappelle

Ryan Chappelle was a big time asshole, but his death was as dark as humanly possible. For some reason terrorist Stephen Saunders picked him to die and demanded Chappelle's blood or else he'd release the virus. They had no other choose but to carry out his wishes in this preposterous situation. When Jack asks Ryan if he has anyone to call and say good bye to, Chappelle says he only had his friends at work. It's such a sad scene and of course Chappelle can't take his own life so Jack has to do it. You just don't see television like this anymore. At least not on FOX. I thought they were going to fake his death here like they did a few times in the series for other characters, but nope. Gun shot to the back of the head. Lights out.

Jack Almost Kills Saunders' Daughter In Front Of Him

Once they track down Stephen Saunders, Jack sees no other way to threaten him than to use his daughter as a pawn. This is probably my favorite scene of 24.

The line that Jack drops on him is all-time…

"When your daughter is infected, I'm gonna make you watch her die!''

Look at the smile on Jack's face when he says this. No one better than Bauer. 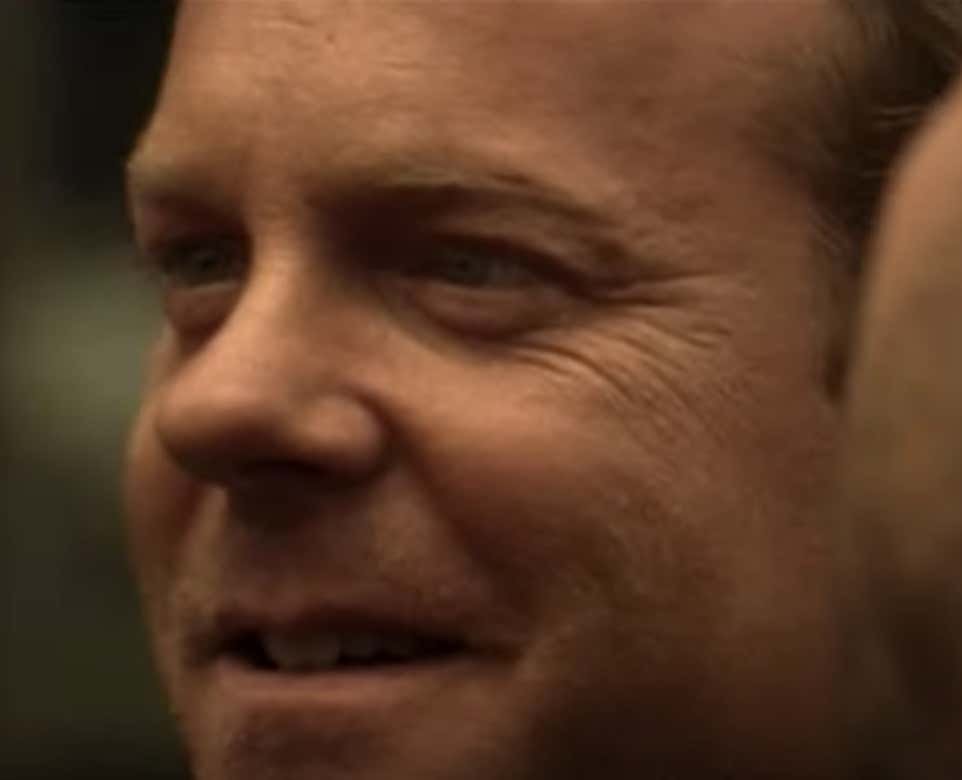 And finally, with the virus set to be released as the clocked ticked Jack was forced to chop off Chase's hand with a goddamn axe. And that's why you don't date Jack's daughter.

Best show on Earth. Might have to rewatch it all starting tonight for the 50th time.