Yep. This is exactly how the first championship game should go. Just an absolutely insane game-winner by Sam Merrill, who was downright awesome all of the MWC Tournament. Mind you that Utah State went nearly 13 minutes without a field goal in the first half. THIRTEEN MINUTES! Merrill dropped 27 points this game. He just constantly hunted his shot, like he's done all damn tournament. I can't stress how good he was.

So why does this matter? Well Utah State was firmly on the bubble before this. Some thought they'd be out, whatever. It doesn't matter, they are in and the bubble shrinks by one regardless. This also means San Diego State can now move to the 2 seed in the West instead of the 1 seed in the East. If Dayton wins the A-10 Tournament, there's a legit chance that the 1 seeds are Kansas, Gonzaga, Dayton and Baylor. It's not necessarily a bad thing for SDSU to stay out West, rather than having to play in MSG for the Sweet 16/Elite 8 if they made it there.

But back to this shot. Look at where he pulled from 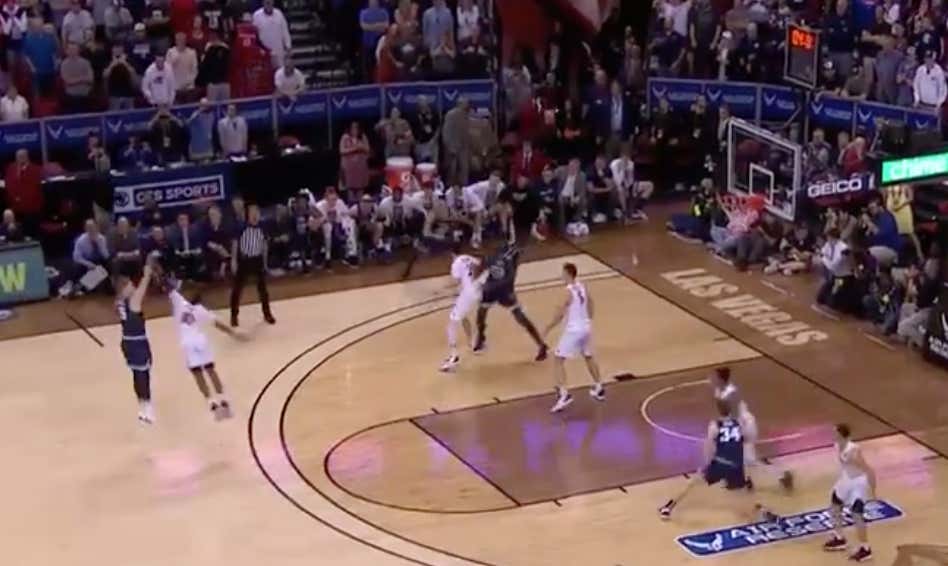 Gigantic stones to pull from there holding for the last shot. Hell, San Diego State almost tied it up on a crazier shot

Just a perfect game 1 of 32 title games. Utah State is in and we get ready for the OVC. Nothing beats March. Nothing.