At this point I feel like any headline involving PETA gets people knee-jerk mad so quickly that it's hack & lazy to blog about them, but this time....?

While I concurred with PETA on their Punxsutawney Phil take earlier this year (huge thanks to everyone who called me a moron) and most certainly recognize that Cons is a neanderthal, I'm not feelin' them on this snake one.

For some context - Cobra Gold is an annual joint military operation involving 27 different nations, though primarily comprised of U.S. & Thailand's forces. There's war games, live fire training, humanitarian aid, cyber exercises and more, but there's one portion that gets the most attention from media every year… The part on jungle survival tactics where Marines chop the heads off cobras & drink a 'lil bit of blood. 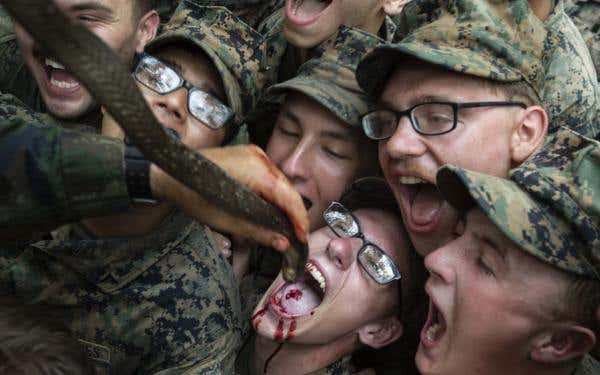 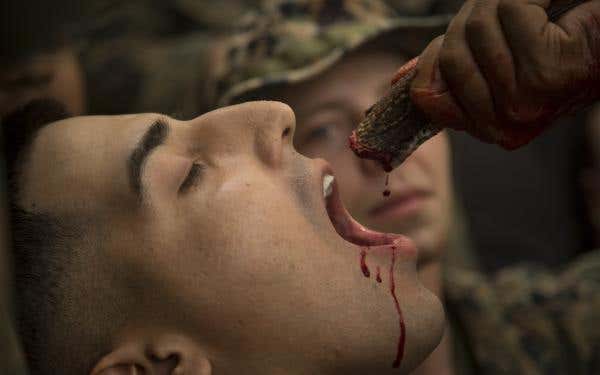 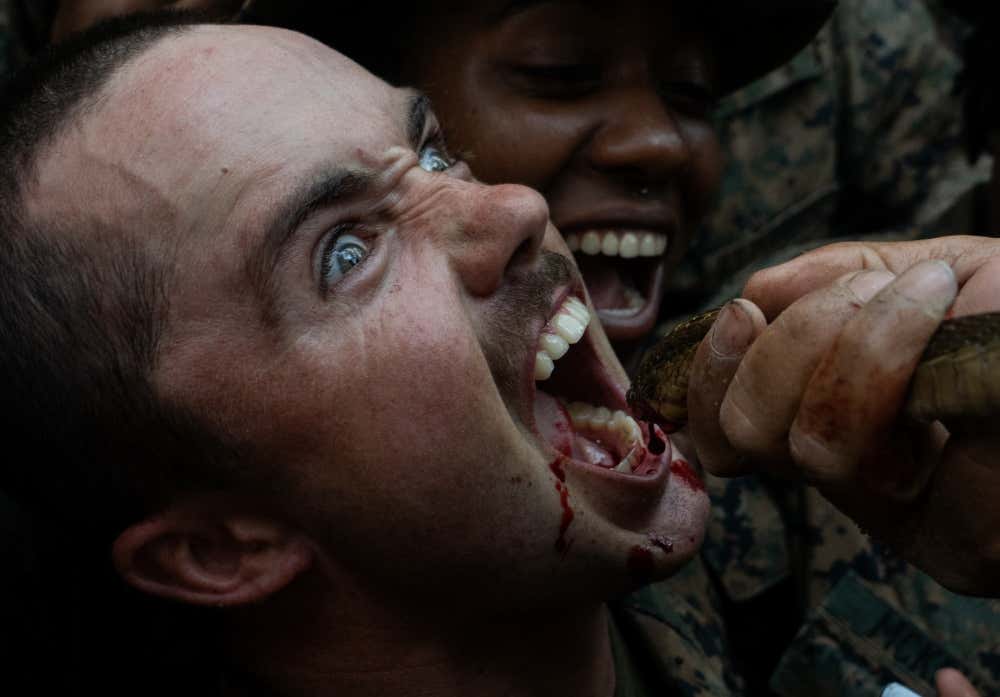 If you're a newspaper you know you're going to get people's attention with these images. "Ahhh! What are those Marines doing?! Why?! HA, fuuuck!"

And, unsurprisingly, it immediately caught the attention of PETA, too.

According to Stars & Stripes:

The letter from Shalin Gala, PETA vice president for international laboratory methods, cites accounts in the Daily Mail, a British newspaper, that during Cobra Gold, “Marines kill chickens with their bare hands, skin and eat live geckos, consume live scorpions and tarantulas, and decapitate cobras and drink their blood.”

It's probably adding insult to injury for PETA that our Commandant is named Berger, and though he hasn't responded yet we think it will be along these lines if he does…

Check out the full episode on ZBT and/or check out our YouTube page. All our interviews are up there from Jock Willink to Medal of Honor recipients, to astronaut Scott Kelly & a lot of other #content from our trips & adventures, too.