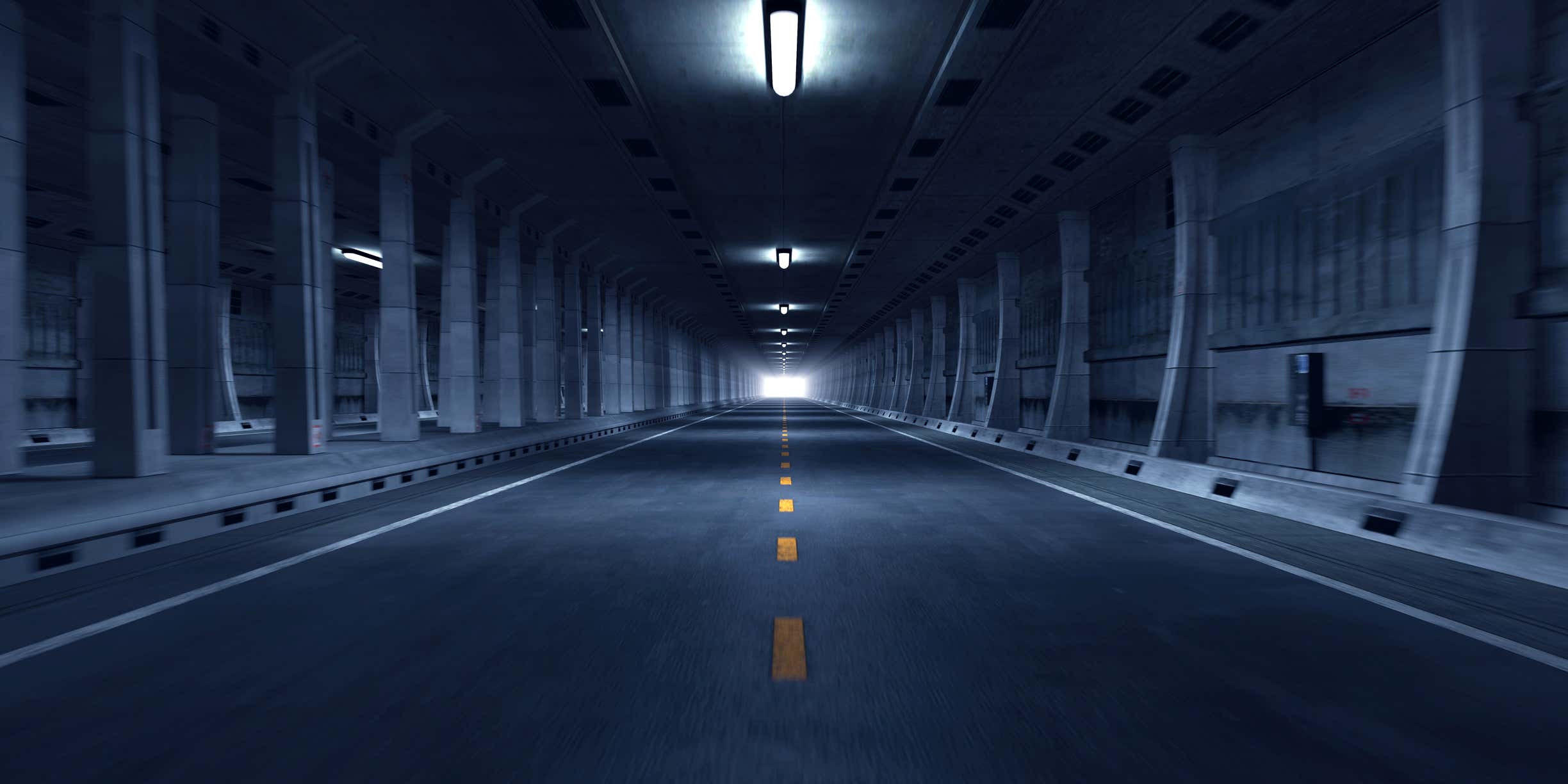 Tunnels. They're absolutely terrifying. They're dark, mysterious, and never ending. They're also awesome when you think about it. And I'm not talking about a little rinky dinky tunnel through a mountain. Who cares about those? No, we're talking underwater tunnels. Deep down in the ocean there's just cars driving to get to the other side where land is without a care in the world. No one appreciates a good tunnel anymore and it's not right. I thought I knew all about tunnels and their tomfoolery until I had a recent conversation with someone a few days ago.

Make sure you're in a safe place while reading this because it will come off as shocking and traumatic. Might be best to have a buddy on call in case you don't take this news well.

Okay you good? Here we go: Underwater tunnels are apparently NOT in the water. When you drive through a tunnel you're not driving in a tube surrounded by the ocean or any body of water. You're actually way way way below the water and underground. It's fucking nonsense is what it is.

Get that thing out of my face right now. I mean what the hell is that?

I hold my goddamn breath every time I'm in a tunnel. Why? Because you never know when the walls are going to give out and water is going to flood the place in seconds. I refuse to be caught off guard when a tunnel floods. We've all seen the movie Daylight, which is criminally underrated by the way. There's water surrounding the tunnel. Movies don't lie, especially when Sylvester Stallone is involved. They help us prepare for real life situations.

Side bar: When I had my old sales job I used to wish water would bust through the Lincoln Tunnel walls so that I didn't have to go to work and could just die. That's how bad cold calling is folks. Ts and Ps to those of you who still do that.

But yeah we've all been living a lie. If you claim to have known this your whole life you're an asshole. If you don't hold your breath in tunnels then I don't want to know you. Yeahhh you're Albert Einstein, good for you.

I still have no idea how they make tunnels. Up until today I assumed they dropped the tunnels into the water, let them sink to the bottom, and then sent a team of trained scuba divers down to seal everything up. You're telling me this isn't true? I'm sitting here right now and cannot come up with a better idea for how they build tunnels underwater. I'll just chalk it up to Mayans, Egyptians, or aliens. How are they getting people below the water, underground to build a giant tunnel?

Smart people are assholes. A good chunk of my college friends are civil engineers and I swear to god if any of them text me how tunnels are actually made I'll delete their number.

I will now being avoiding tunnels at all costs because they are so much less fun. Even mountain tunnels.