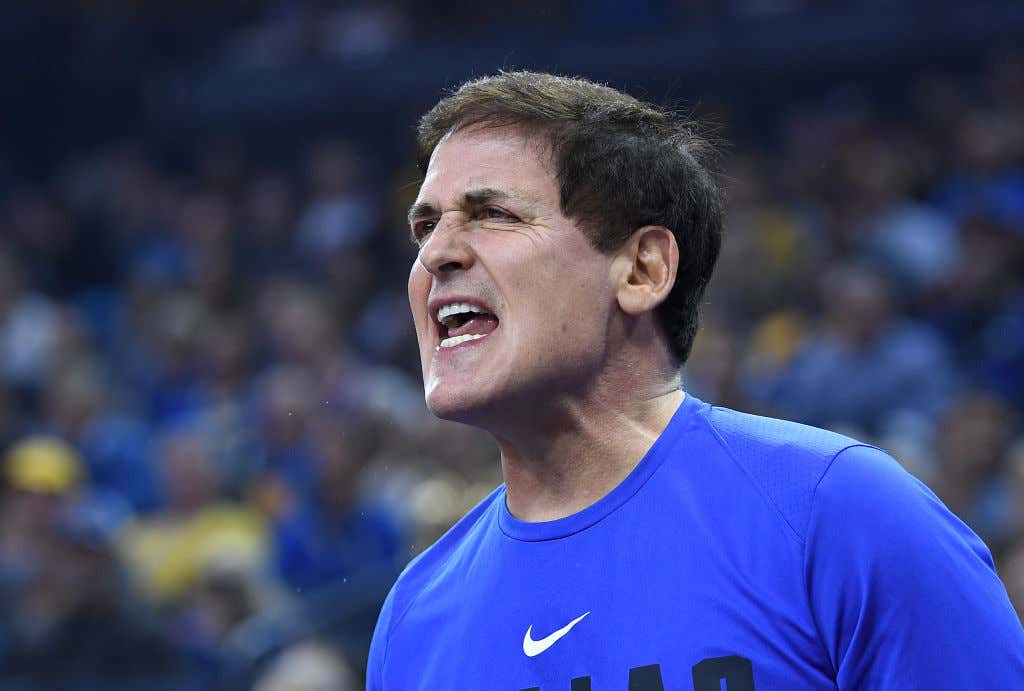 Even if Mark Cuban was 10000% correct in his epic rant a few weeks ago with the Mavs getting boned AGAIN by the officials, you knew that the second he hit tweet on each one of these that the league was going to come down hard on him

I mean that's an A+ rant no two ways about it. But there was no way the league was going to allow an owner to publicly call out officials like that, especially by name. You add to it that it's Cuban who is like a 10 billion time offender and has written more than a few fine checks in his day it's no surprise Adam Silver dropped the hammer with a 500k fine. Even if Cuban had a point

Remember, they fined him 600k last year when he basically admitted to tanking, and this is a man that by now has to have over $3M in total fines. Whatever, the dude's a billionaire and the fact that he never gives a shit and just tells the truth no matter what type of check he has to then write is something I can respect. He's been the Bad Boy owner basically his entire tenure and I can guarantee he wrote that check with a smile on his face. Hey, if that rant ultimately helps his team get a better whistle somehow down the stretch of the season in a tight playoff race then it's money well spent.

What this fine doesn't do though is address the glaring issue that is NBA officiating. It STINKS. It's always been bad but for whatever reason it feels worse this year. Between that play and then the game earlier in the year where Dwight Howard clearly grabbed Seth Curry's jersey which led to a game losing three, no kidding Cuban is pissed. Until the league actually does something to address this very apparent issue, owners and coaches and players are going to be pissed. People are going to stop watching even more than they already are. Fine Cuban all you want, but maybe use that money to bring in some better officials and we wouldn't have this problem.