Olde time hockey. Eddie Shore! This tournament has it all. Obviously it has the hair. It's a non-stop DangleFest. Big time goals, big time hits, and now we've got some big time scraps between HairManTown and St. Cloud Cathedral.

I know there are going to be some parents out there who hate to see it but these are all big boys who are wearing full cages and plenty of equipment. I think they'll be fine after gripping each other up for a little bench clear. Honestly the only ones who were in a little bit of harm's way here would be the refs and linesman trying to separate everything. Holy shit that escalated quickly. 10 seconds into the clip and this donnybrook was already at capacity. 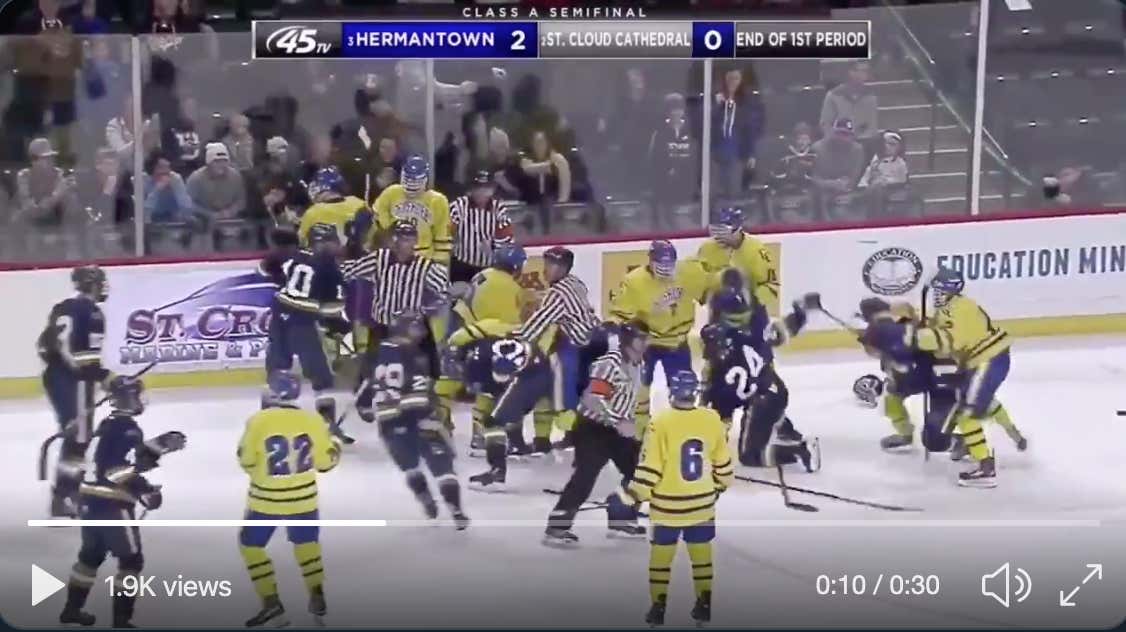 And this is how you know the Minnesota is really just South Canada. Right after this brawl the boys from Cathedral made sure to say sorrey aboot the scrap and sorrey aboot getting their butts kicked out there in the 1st. The emotions are running high here, boys. Legacies are on the line. For a lot of these kids, it could very well be the last time they ever suit up in a high school hockey game ever again. Can't blame them for having their wires cross from time to time. But you scrap a little, you apologize, you move on. That's what its all about.

Only thing that would have made this tilly even better is if Eden Prairie was involved so the stallion Jake Casey could come in with no bucket to get a little extra facetime on camera.

Eden Prairie plays Blake tonight in the AA semifinals. Same school that got into the tournament after this OT penalty shot dagger to win their district championship.

The Tourney rocks so hard. Have yourselves a weekend, boys.