Every year there are 16 teams filled of Minnesota high school hockey players who have the opportunity to become legends. Whether it be by winning a state championship or just having an unreal head of hair, these kids have the chance to become immortalized in their hometown. It just means more in Minnesota, ya know?

And for Jake Casey of Eden Prairie High, today was his time. A star was born. 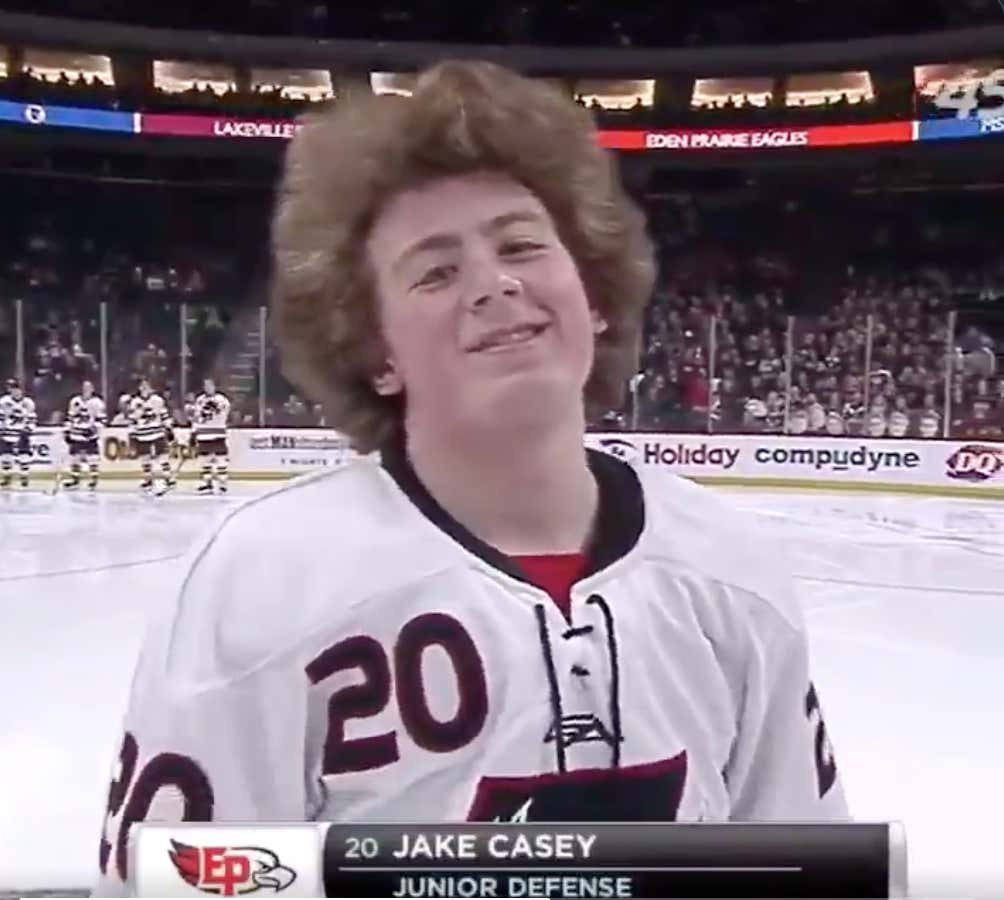 I dare you right now to head to your local Whole Foods and find me a spicier head of arugula. This salad is tossed, dressed, and just like Olive Garden it is never ending. And did you hear the pop of that crowd when he was announced? Everyone in the stands knew what they were witnessing here. A pure Masterclass on how to be the biggest beauty on the ice.

And if you're here for more than just the hair, Eden Prairie has you covered with some saucy sets of paws as well. This goal from Luke Mittelstadt (Casey's younger brother) was so filthy that he needs to wash his hands even if the CDC wasn't already telling everybody to.

What a tournament. Here are a few more highlights to hold you over until we get to the semifinals.