You might think that when your organization has been been exposed as a bigger collection of frauds than Fyre Festival, all your accomplishments are worth nothing and you've spent the spring ducking fastballs and asterisks being thrown at you from every direction, your only recourse would be to just stay quiet for a while. Say and do as little as possible. Keep as low a profile as you can and hope that as coronavirus keeps people away from the ballparks, the few people who do come will tire themselves out from all the booing. Other than that, just take your medicine, bow your head and walk five paces ahead of the shame bell.

But the American League champion Houston Astros appear to be doing the opposite. They're leaning into it.

Press Release - Astros fans have a lot to get excited about for the 2020 season, including some key promotion-packed weekends and more gate giveaways than ever before! ...

The Astros will celebrate their American League Championship on Thursday, March 26 - Sunday, March 29 during their Championship Weekend. On March 26, the Astros will reveal the ALCS pennant. ... The Astros will have their ring ceremony on March 27 and all fans will receive a replica ALCS Trophy. ... On March 28, Justin Verlander and Yordan Alvarez will be presented with their Cy Young and Rookie of the Year awards and all fans will receive American League Champions replica rings presented by Chevrolet. In the series finale on March 29, Alex Bregman, Zack Greinke and George Springer will be presented with their Silver Slugger awards and Greinke will also receive his Gold Glove award. All fans will also receive a Jose Altuve ALCS MVP Bobblehead.

Walk of Shame? Nnnope. The 2020 Astros are doing the Stride of Pride.

I guess in a way, you have to admire them for it. The sheer audacity it takes to celebrate your accomplishments like they didn't come at the end of a video feed and the sound of a trash can lid should not be underappreciated. It takes a rare amount of chutzpah - mixed with sheer, tone deaf, unself-awareness - to hold a ring ceremony with meaningless rings and hand your customers replicas of a trophy that by rights belongs to someone else. It's like holding a Chamber of Commerce awards banquet to honor Charles Ponzi. Or bragging about how you Beat Bobby Flay with something you just had delivered by DoorDash.

I mean it, there's something admirable about how the Astros plan to go through with this charade. Maybe in their minds they're justifying it by saying they really only cheated in 2017 and then stopped because they didn't think they needed to because of reasons. Or something. But no matter what, if they're going to keep this up. waving their AL championship rings and pennants and awards in everybody's faces like this, they might actually win me over.

At the very least, they'll make me want to buy a shirt. 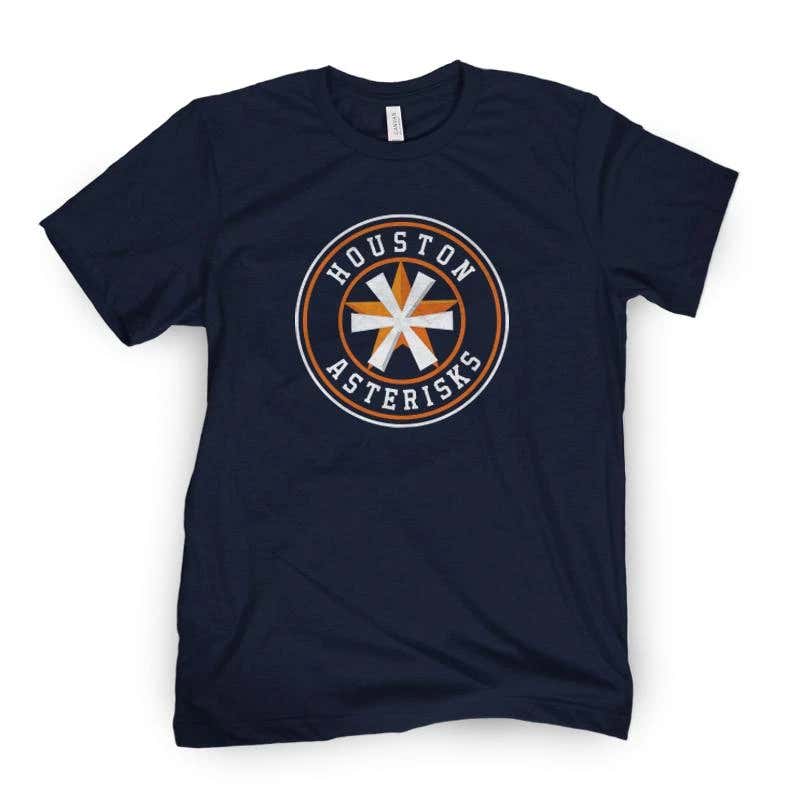