NY POST — Bill Clinton claims the affair with Monica Lewinsky that almost destroyed his presidency was one of the “things I did to manage my anxieties.”

Clinton, 73, says in the new documentary, “Hillary” that the pressure of being in the White House made him feel like a boxer who had gone 30 rounds and his affair was “something that will take your mind off it for a while.”

“Nobody thinks they’re taking a risk,” he says in the four-hour doc set to stream on Hulu from Friday. “That’s not why we do stupid things.”

This explains EVERYTHING! I always wondered why Hillary didn't leave Bill after the whole Lewinsky thing. Cynically I even started to think maybe they were in a loveless marriage simply for power and political expediency. I feel ashamed now for even letting that cross my mind, when the whole time, Bill just was just trying to manage his anxieties. NOTHING is more important than mental health, and we all manage ours in our own way, whatever works for us personally. Therapy, medication, mindfulness and meditation, deep breathing, healthy dieting and exercising. I have yet to incorporate "become leader of the free world and cheat on my wife getting my dick sucked in the Oval Office," and I probably won't honestly, that's just my personal preference based on like, morals and acceptable behavior etc etc. But if it works for Bill then that's all that matters. 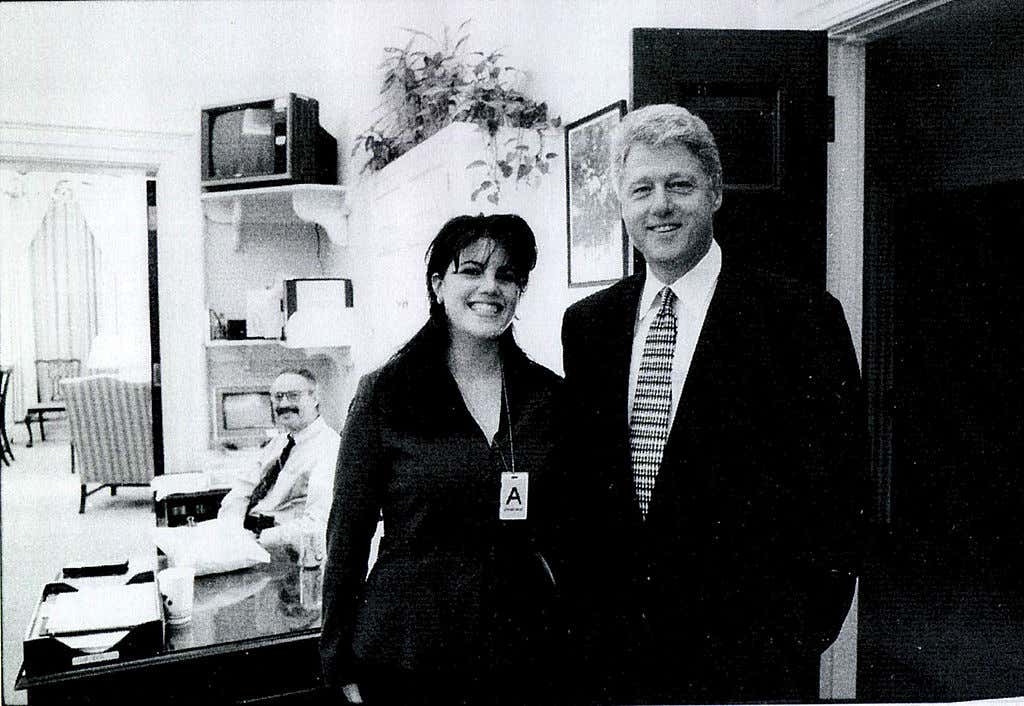 Cognitive-behavioral therapy, an SSRI, and kicking your feet up on the Resolute Desk to get blown by an intern. Bill Clinton's generalized anxiety treatment regimen, straight out of the DSM-5.