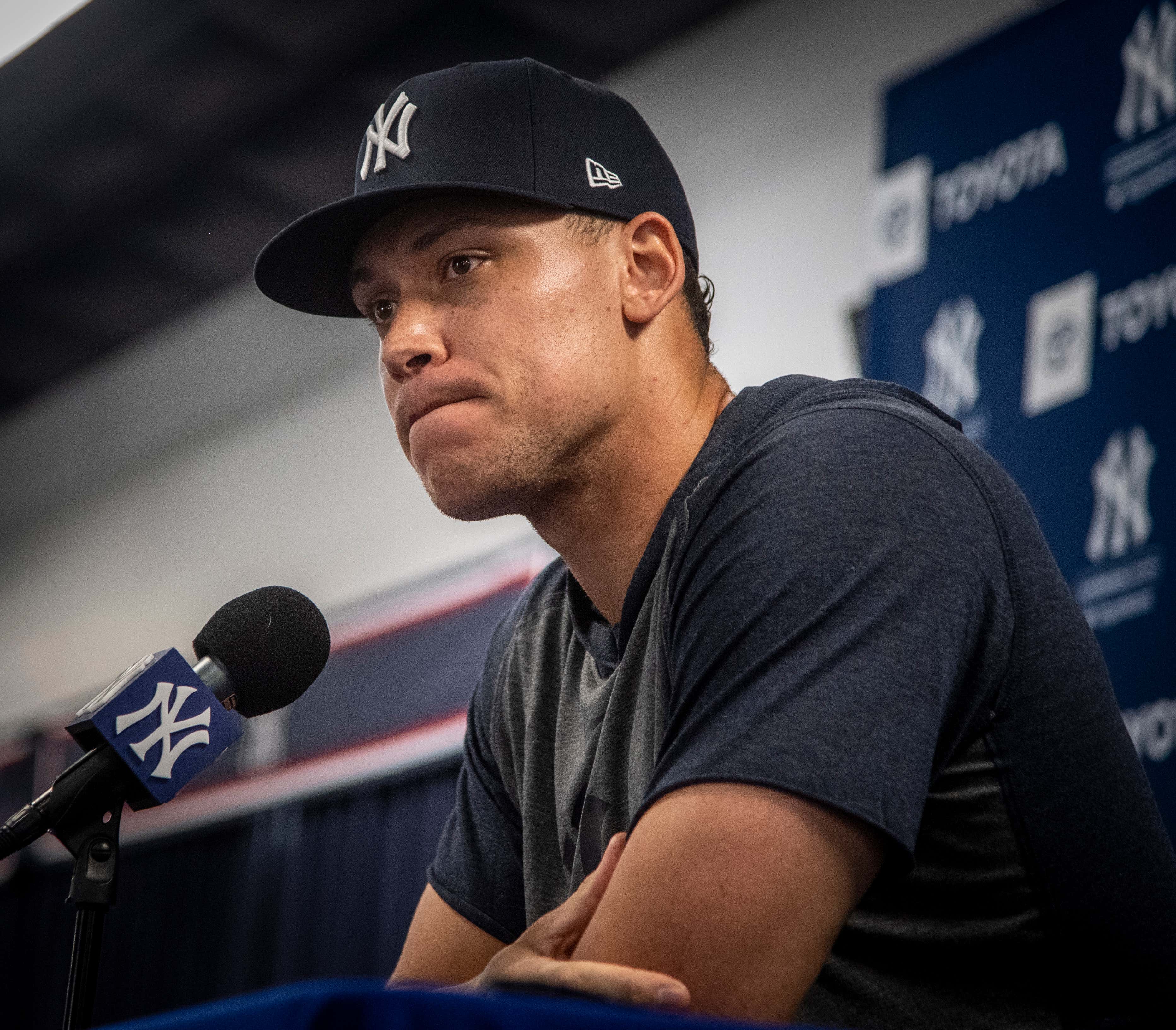 The Yankees have done upwards of 10 tests on Judge and still don't know what's going on. Think about that for a second. The year is 2020 and modern medicine is as good as it's ever been, but after 10 tests the Yankees have no idea what they're looking at. How can that be possible?

Now today we have Aaron Judge talking about playing on Opening Day.

Alright man, let's take a step back here. Aaron Judge is not going to be out in right field on March 26th against the Orioles. It's CRAZY to be talking about Opening Day while no one knows what the fuck is going on with you. Obviously the dude is as frustrated as anyone. He want to be out there. He didn't come to Tampa, Florida to sit in an MRI machine.

Here's what I gather is going on. Aaron Judge feels something in his chest and shoulder. He feels he can absolutely 100% play through it, but the team/doctors are moving forward with the utmost caution because 1) they can't figure out what it is 2) they don't want to make it worse. They saw how 2019 went with all the injuries and how horrible they were handled. Eric Cressey isn't letting that shit happen anymore.

If Judge had a torn pec they would know by now and he'd be undergoing surgery. You wouldn't need 10+ tests to see that. They'd have answers by now. And sure the Yankees are probably hiding something, but what's the benefit of delaying a surgery of some sort? Wouldn't you want to get that over with so he could start the recovery process and come back sooner? It doesn't make sense to be hiding that kind of injury.

Judge even said today "quite a few" tests are coming back clean.

That probably implies a few are not clean which is the frustrating part. I think this is more mysterious than serious if that makes any sense. It's as confusing and mysterious a situation as I've ever seen. It sucks this has to do with one of the more important players in the game. Just got to hope they get to the bottom of this soon and get to see him back on the field. There's nothing like watching number 99 cook out there when he's in a groove. Nothing.

I just want to watch Aaron Judge play baseball. Is that too much to ask?